Audacity records only 1 channel, inspite of being set to stereo

I use a Shure condenser mic with a Focusrite scarlett solo interface. However ever since the 1st time I connected it to the laptop , & recorded in Audacity & mixpad, It keeps recording only 1 channel, inspite of settings adjusted to Stereo 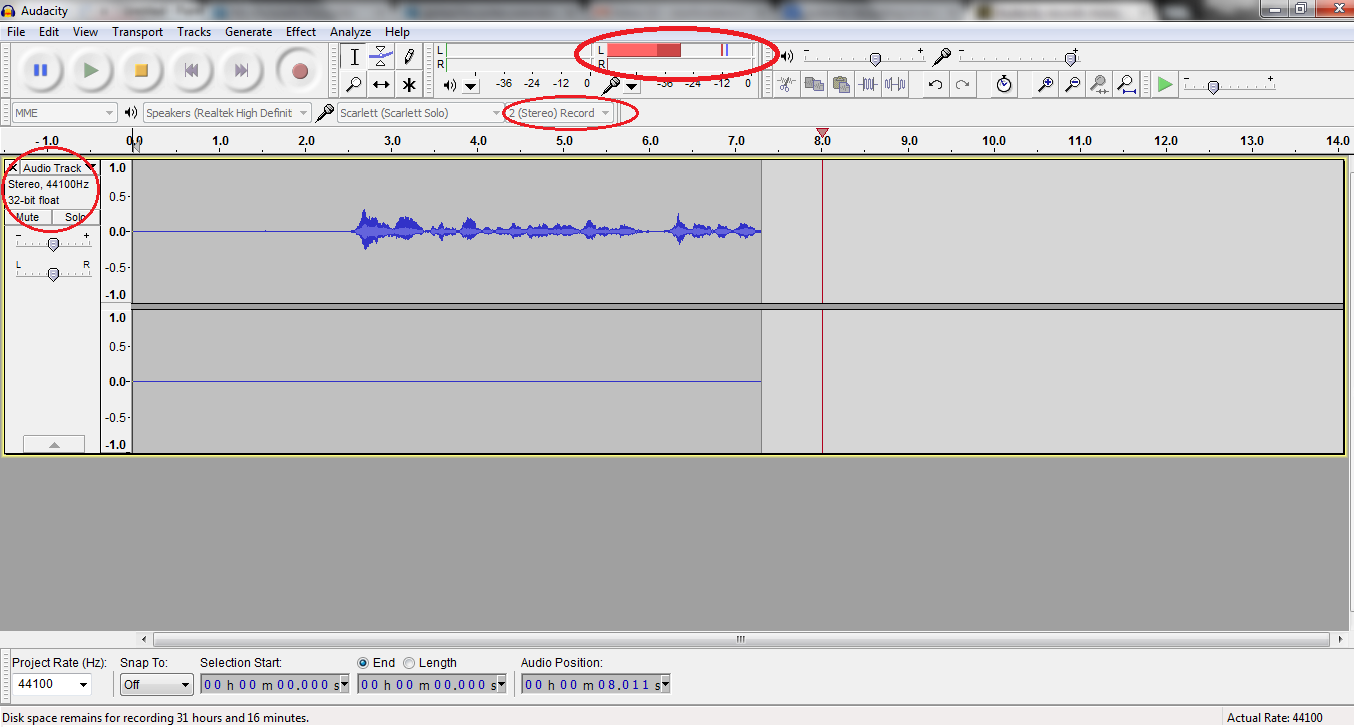 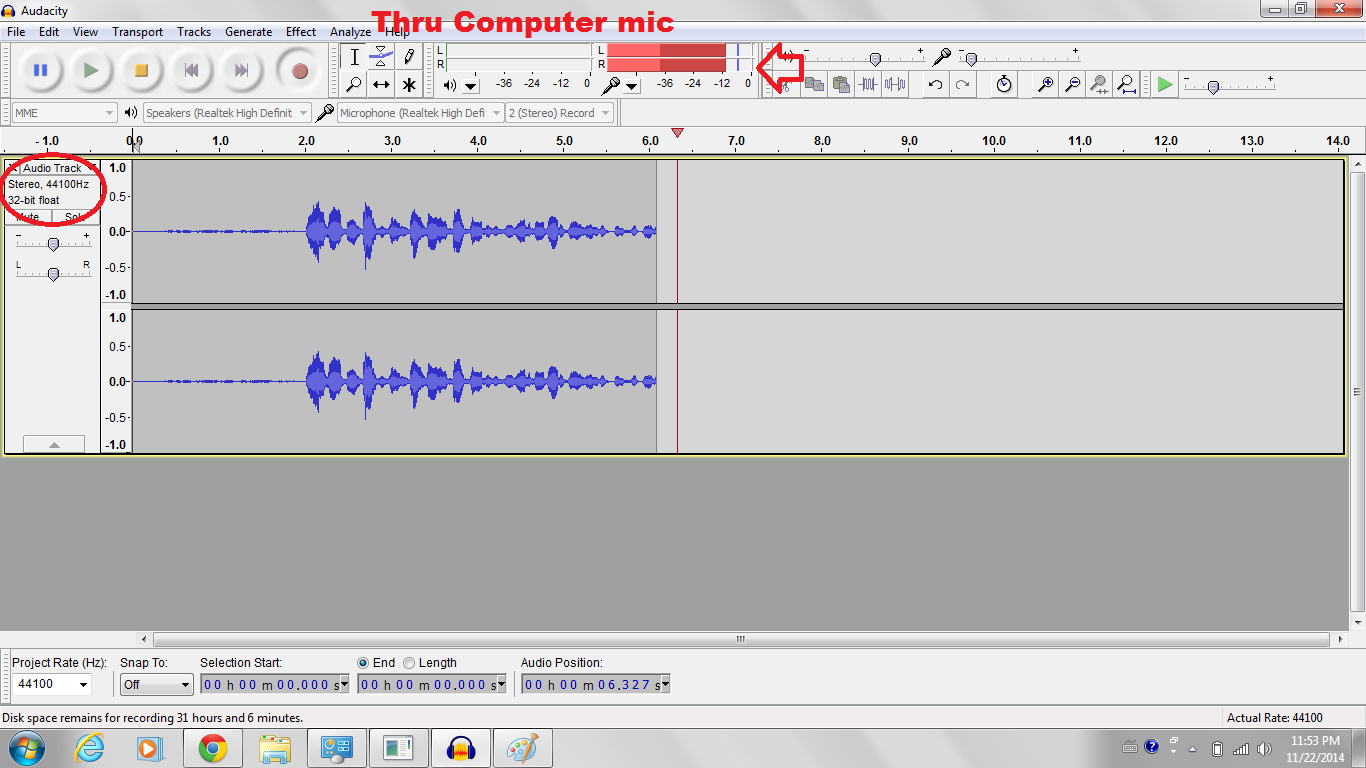 Inspite of setting to Stereo it records like this . Would any of you know what can be the problem? I have checked all connections - all are fine. Is this a problem with the xlr cable?

As others have said, this is the expected behavior. Your computer mic input is a stereo mic jack that takes signal from the mono mic on both channels by nature of the connector design. (On a mono 1/8" connector, the ring contact will touch the sleeve of a mono connector.)

Your Focusrite on the other hand has two distinct inputs, not a L/R configuration. One mono input comes from the XLR, the other comes from the 1/4" jack. You are incorrectly configuring it as a stereo recording when it is actually two distinct channels of mono audio. Your recording records the lack of input on the second channel as you have nothing running in to it.

This is correct, expected and desired behavior. There is no reason to record "in stereo" when both tracks would be identical. You can pan a mono source however you feel like for producing a stereo image in the final output. You don't have to capture as stereo to make stereo output and most recordings are initially captured in mono. (Some exceptions include things like keyboards that may have their own stereo effects that the recording should capture.)

Is your condenser mic a stereo mic? If not, then there is absolutely no point of sending the same data to two channels. Your default computer mic might be a stereo mic which is why it automatically detects two signals. If your condenser mic is stereo and you have two XLR cables connected to the interface, you should check the focusrite mixer settings. There is a possibility that you might have to change how things are being routed.

Not the answer you're looking for? Browse other questions tagged audio-recording editing daw audacity or ask your own question.

3
Can I use my Focusrite Saffire 6 USB with a lav mic? (signal too low)
4
Sterling Audio ST51 Condenser Mic XLR cord doesn't fit all the way and won't work
1
What quantity of hiss/muddiness should I expect give various studio setups?
18
Silence a small section of just one channel in a stereo recording (Audacity)
2
Help with setting up audio recording for retirement home meeting
0
How can I get rid of the "phase shifter" sound of my voice?
0
Weird pops and cracks in my Reaper input?