I am doing speech-in-noise testing. We use the so-called matrix test. The Flemish/Dutch version of this test features a female speaker. I ran some sentences through 'Praat' and it provided me with a fundamental frequency (F0) of about 220 Hz, which makes sense.

Now the noise that comes alongside it (Fig. 1) was basically made by overlaying white noise with the frequency spectrum of the speech, if I understand correctly (I'm a biologist) and I quote (Luts et al, 2014):

To generate the stationary speech-weighted noise the long-term average speech spectrum (LTASS) of the 500 sentences was determined. For each sentence, silence parts were removed (frames of 20 ms with RMS < 0.001) and the spectrum was calculated with a 4096-points fast Fourier transform using a rectangular window and without overlap. These spectra were then averaged, applying a weight according to the length of each sentence. For this LTASS, a 2048-taps finite impulse response filter was generated and applied on an 11 seconds long white noise. This noise is shown in Fig.1: 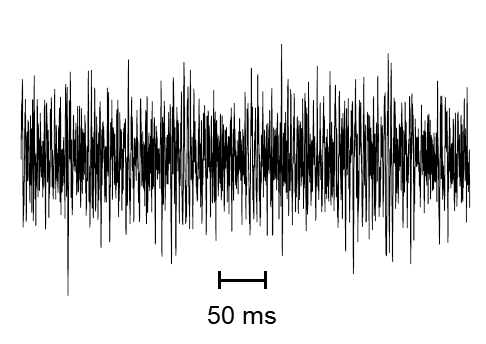 At our lab we call this stationary, speech-shaped noise (I'm in Audiology), but an anonymous referee kept shooting at this term and (s)he suggested steady-state noise. So let's go for that.

Now my question is whether this type of steady-state noise contains F0 components just like the original speech material it was produced from? F0 in speech is generated by the way air moves past the vocal folds, so it has a physiological correlate. One of my colleagues started laughing and said that steady state noise, being derived from white noise in this case, does not contain any harmonics. Since white noise is artificially generated to be random, and since it's not produced by he vocal folds I guess I understand their reaction.

Anyway, I ran the noise through 'Praat' and lo and behold, it produced an F0 of ~240 Hz, close to the original speech material. However, 'Praat' reportedly first identifies voiced components in the speech through recognizing formants (if I am not mistaken) before determining F0 components. However, there are seemingly no such components in the steady-state noise. Fig. 2 shows the output of Praat. The blue blobs are, afaik, the identified formants (there shouldn't be any) and the estimated F0. There's no output, but if I concatenate multiple instances of this noise it determines an F0 of around 240 Hz, close to the original female speaker.

Is the F0 information correctly identified by 'Praat' and could this F0 cue be available (useful) to human listeners to understand speech in noise? 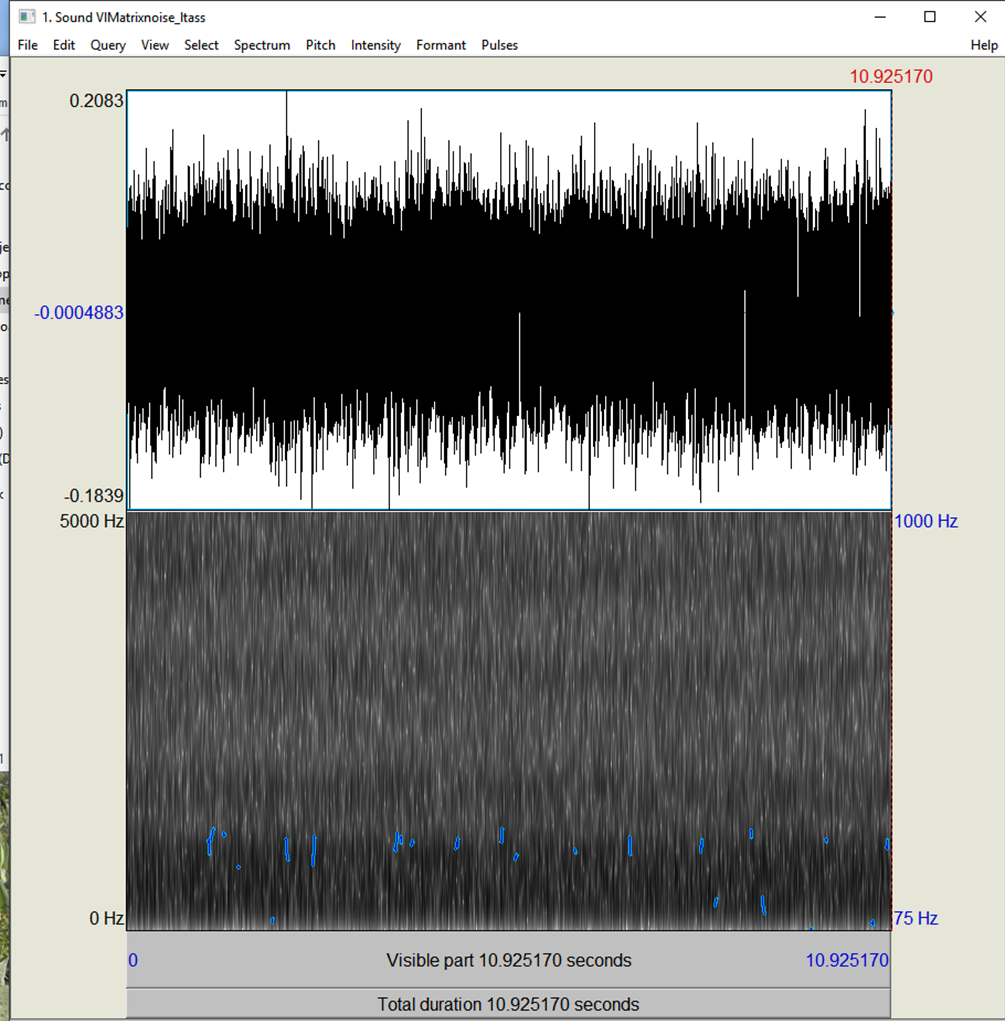 First impressions are that there are some contributors to your project - possibly one of the 'referees' and the other laughing colleague that you mention - that don't understand the difference between 'pure noise' and 'speech-shaped noise'.

Seeing as all noise is basically made up of random frequency components at an equal level (this does depend on the type of noise we are talking about...), it is reasonable to suggest that in speech-shaped noise the distribution of relative frequency component levels is shaped by the impulse response, and therefore the spectrum of the speech you are using as the 'template'.

I therefore think that it is entirely reasonable to state that speech-shaped noise will contain F0 components at a level that is relatively higher than surrounding frequency components.

One has to bear in mind that in unshaped noise, there will still be f0 components (and everything else in-band) but the difference between this and shaped noise is the relative levels of these particular components and not their potential presence or absence.

Not the answer you're looking for? Browse other questions tagged frequency signal-processing or ask your own question.

1
Noise Frequency
9
Can I record a sound frequency I can't hear and play it back so I can hear it?
3
Audio Signal Difference Extraction
2
How can I avoid the pop at the end of a file containing a pure frequency?
0
How do I shift the frequency of a track by x Hz?