Even though I'm not a professional audio/video editor I'm trying to reach a good balance between quality and file size for movies and TV Shows, mostly very old, I have on my computer so, maybe, I could throw away the original files in favor of the reduced ones.

Despite a noticeable color change already being counter-measured on the videos, I believe I'll stick to the WebM format that's making the videos around 50% smaller without noticeable changes, at least to me.

I'm talking about video in an audio community because the source file is going to be encoded with Adobe Premiere/Adobe Media Encoder (CC 2017, for what matters) using Fnord's WebM Plugin providing me access to Vorbis and Opus Audio Codecs.

The thing is I've been searching the whole morning and I didn't find anything on how I could actually compare audio samples encoded with, in this case, Vorbis, at different bitrates.

I've generated 3 small samples at 96kbps, 128kbps and 192kbps (being this one the same of original audio source) and, honestly, I didn't hear any difference at all. Like I said, I'm not a pro, so I lack all the usual hardware professional engineers have and I don't have trained ears for the task either.

That's why I came here asking if there's something easier, maybe even visual, that would help me choose between one or another. Of course, not only the tool for the task, but how to proceed as well.

Unfortunately, where I live, the price (literally, cash price) per MB isn't too shabby because of the excessive number of taxes to simply ignore this matter.

There's no easy way to measure the perceptual differences (i.e. as perceived by an average audience) between different audio encodings or bitrates.

The common way to do these tests is ABX tests.

Some organizations have setup such tests : http://opus-codec.org/comparison/

The figure below illustrates the quality of various codecs as a function of the bitrate. It attempts to summarize results from a collection of listening tests and (when no data exists) show anecdotal evidence. It is overall fairly representative, but attempting to extract any exact value at a particular bitrate is certainly not recommended. 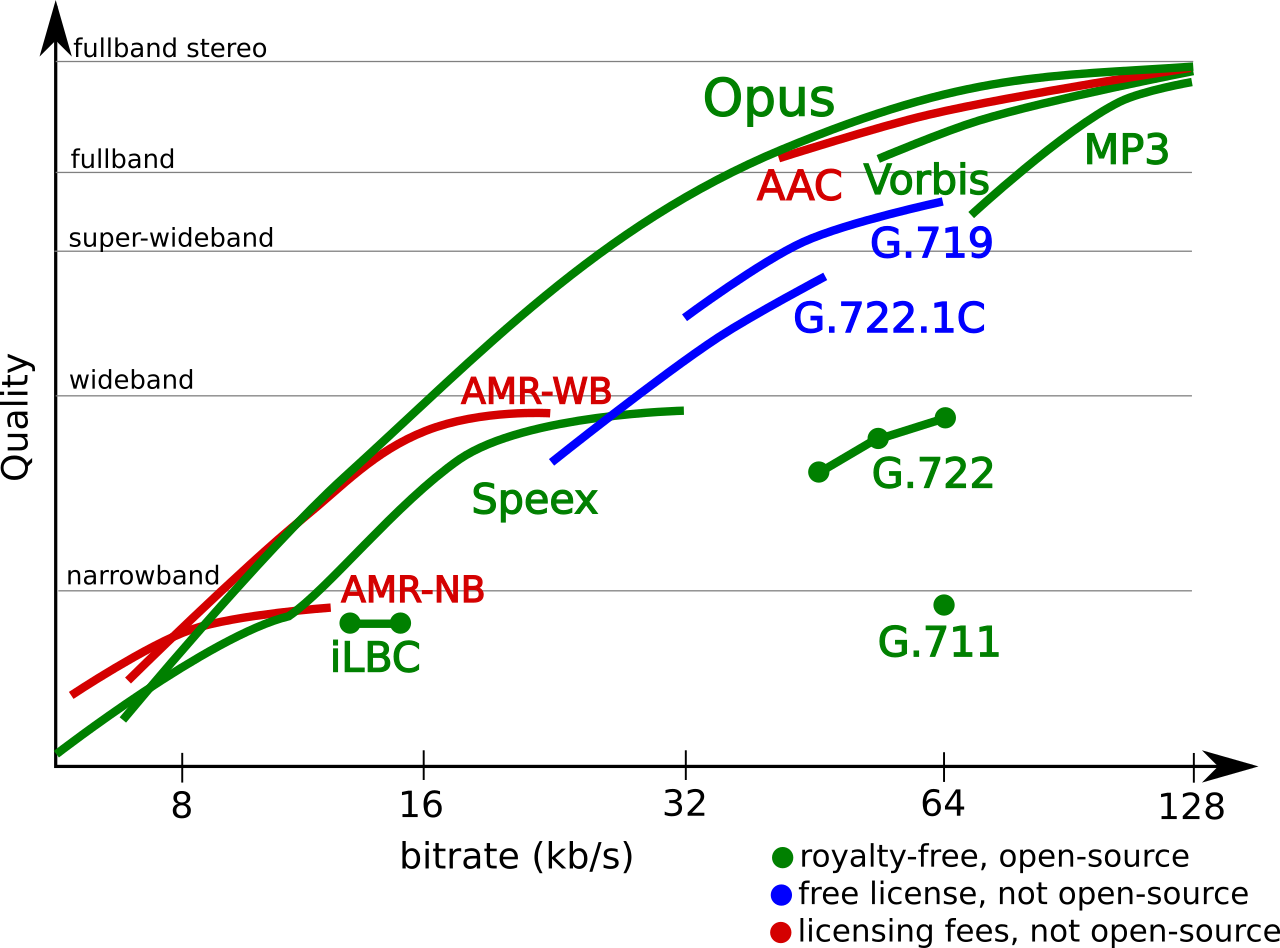 This figure might help you determine which perceptual gain you can expect by raising the bit rate.

Notice that you could encode a test signal at different bit rates, decode them to PCM and visually look at the difference of the decoded files. This is not significant in terms of perceptual differences.

As for your actual problem, there are at least two alternatives :

Not the answer you're looking for? Browse other questions tagged compression bitrate or ask your own question.

2
How is compression different from normalization?
2
What's the best ubiquitous format for compressed voice audio?
3
Where does Levelator fit in with traditional compression/gating/limiting?
41
Are there any audible differences between 192 and 320 kbit/s .mp3 files?
2
Can phasing occur with 2 seperate/unique instruments
0
Calculating compression output with a knee
0
Audio codec with fastest decoding