How do I conform stereo offline proxies to original multitrack media?

I am currently working on a 10 minute short film. Here are the facts:

Objective: I am trying to prepare the project for the sound editor. He wants an AAF of the film with 5 second handles. My intention is to online prior to this process so that the AAF I send him references the original audio tracks with all channels.

Problem: I am using an XML to move from Premiere back to DaVinci. The first issue is that the stereo audio channels do not conform to the linked audio in Resolve. The second issue is that even when I force conform the audio tracks, the stereo channels do not expand to multitrack audio (it seems they just link to one stem of the multitrack). This is not surprising and something I should have anticipated when setting up the offline project. I essentially need to reconstruct the audio sequence so that my stereo offline audio is replaced by the original multitrack audio.

The screenshots below tell the story:

Conform attempt in Resolve. The linked audio tracks (green) have been force conformed using the “Force Conform with Selected Media Pool Clip” function. The original media for the clips in this sequence have 3 audio tracks (2 lapels and a boom), but as you can see, conform is using only 1 of the recorded tracks to substitute both stems of the stereo track. 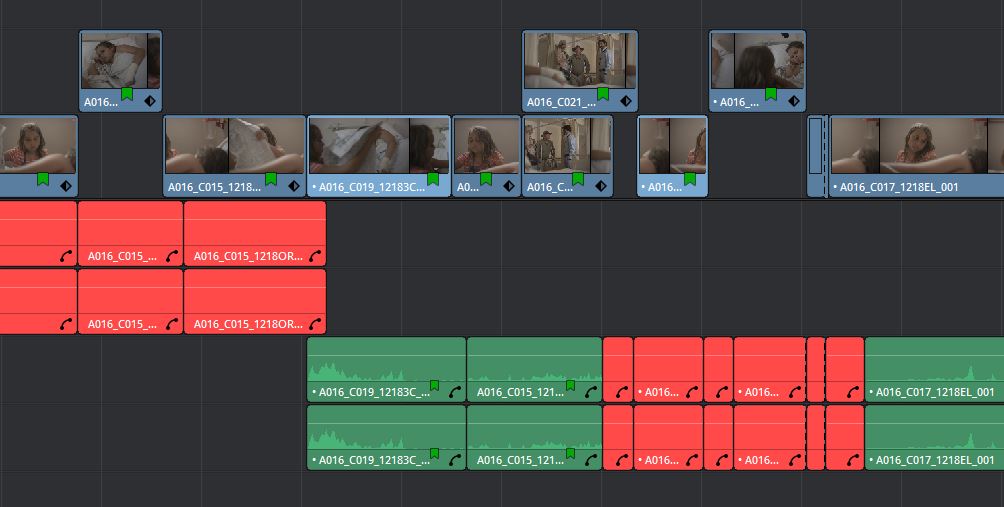 Does anyone have any advice as to how:

Browse other questions tagged stereo conform online or ask your own question.

3
What do you use to Conform to new picture cuts?
2
What's the next best stereo configuration to M/S?
2
Stereo bar 40 cm or 70 cm?
4
how to do mono to stereo conversion
11
0db mono vs. 0db stereo
6
Stereo imaging with headphones
2
Will stereo compression affect stereo image?
0
From stereo to mono
0
How do I 'widen' my PC's stereo?
2
How to achieve stereo width on choruses?