A message from our CEO about the future of Stack Overflow and Stack Exchange. Read now.
Profile Activity
Network profile 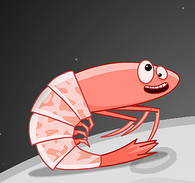 Kaine was originally designed as a hat stand but he has since expanded his repertoire to include coats, umbrellas, and snoods. He lives in a hippy commune in Leeds where he wiles away his time implementing speculative fiction, molesting the blues, and perfecting his dark, ink & tea painting technique. In his spare time he works as a Software Engineer.

Much like the legendary Samson, Kaine's hair is the source of all his powers, however, unlike Samson - Kaine is only half myth.