When networking and marketing, one of the most common ways to introduce yourself or pass along your contact information is through business cards.

I'm wondering though, since the sound industry has so many titles in it, what do you currently have as the title on your card? And what did you have it as when you were starting out?

Should a beginner be vague and put "Sound Guy", or go a little more specific with something like "Sound Effects Editor", while not jumping to the mighty "Sound Designer"?

NOTE: I apologize that this is in the same vein as this question regarding when to call yourself a Sound Designer, but I felt weird answering one question with another, slightly different, question. If anything, I can see this being the fact answers (what you actually have on your business card), while the other question covers the opinions/reasonings of title semantics.

Hey Bryan, legit question even despite mine - it's a nice follow-up that I can learn from as well.

For the business card, I would try something like "Sound for _" where the blank is the media you want to work in. Shows some aspirations for a specific field but doesn't oversell yourself as a crazy 10th dan Sound Designer or anything. That's what I'm thinking, anyways.

"Sound Guy" is honestly what I see some Craigslist posts looking for and what most people will be referring to you as when they pass your name around to interested parties ("Hey, I have this sound guy who might be able to help...") but strikes me as a little loose for professional representation purposes.

Personally, on my card, I have "Sound Editor" because that term is specific to what I do yet general enough that I can be a chameleon of sorts - does it mean sound effects editor? dialogue editor? supervising sound editor? It merely comes down to how I choose to market myself to that person, and sometimes it can be all three simultaneously for different shows - since the title is general enough, there's a lot of leverage and I haven't deadlocked myself.

This is actually a pretty timely question as I'm redesigning my card right now, and all of these answers have me hesitating on sending them to the printer.

Problem is, I want to market myself to the widest number of possible clients, but don't want to appear as a "jack-of-all-trades, master of none". Also, I'm moving to LA, where they have actual "Sound Designers" and wouldn't dare put myself on the same level despite going through similar processes.

I had considered making up some ostentatious title like "Audician", which I truly like, but don't want to have to explain every time I hand out my card.

[potential client] - "You misspelled "Audition" on your card."

[me] - "No see, it's like Acoustician, but with audio rather than acoustics"

[potential client] - "Wouldn't that be the same thing?"

[me] - "They're related, but no, not really. You see acoustician refers to someone who deals with the physics of sound in a space, they're typically more of a scientist. I work with audio, or recorded sound. I record sounds, then edit and mix the audio to create a soundtrack."

[potential client] - (glazed over) "So you're a Sound Designer? You should just put that on your card. It's far less confusing. I look at this and I'm like, 'What's he auditioning for? And why is it printed on his card?' "

[me] - (restraining the #facepalm) "Yeah, I thought about that too."

I have some cards that say Simply "sound design" on the back and my contact info in the front, some that say "passion for sound", and others that say "Hire me.". These actually work when i've hit it off with someone in a more casual setting

I've listed my self as Audio Ninja for years on my cards. It's a bit vague but it's memorable.

I use "sound + designer | recordist" on my name card. For the keen eyes, yes I stole the first part from the soundplusdesign website! I'm sorry!!! but it's just so cool.

one thing that I wished I had done however, was to use the word 'sound' in my email address. Think it tells or reminds your clients what you actually do.

I've always had "Sound Guy" on my business card. Whilst meeting someone at a networking event they said there "isn't enough Sound Guys around". I liked the way he said it, so I stuck it on the card.

Since then, giving out the card everybody see's it and has a giggle. It shows that you have a sense of humor (I've had industry people say this to me). It gives the gist of what I do. If I meet someone who needs to know my specific area's of expertise then I can write it on the card for them.

Although having said that, mine are due a redesign and I have been contemplating a new title.

I don't have a title on mine, just "Music and Sound Design" because that's the legal name of my business, and I feel it says it all. 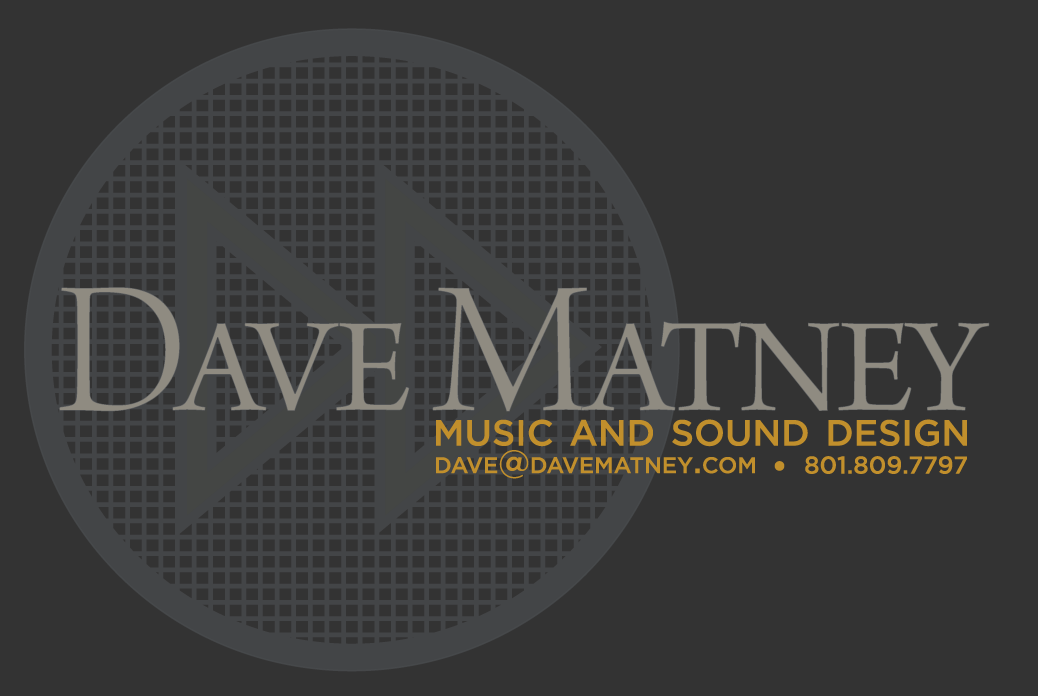 Not the answer you're looking for? Browse other questions tagged business marketing networking or ask your own question.

7
Referring to Yourself as a "Sound Designer" When Starting Out

5
Twitter Users on here?
5
Getting into business after 25? .)
7
Referring to Yourself as a "Sound Designer" When Starting Out
7
impact of democratization of technology on audio companies/freelancers