I know that TS is a typically unbalanced connector and XLR a balanced one, but how can I know if the cable is balanced or unbalanced?

If it's TS, it's unbalanced.

Just count the number of plastic rings on the jack.

If there is one ring then it is unbalanced (as in this case). TS = Tip and sleeve.

If there are two rings then it should be balanced. TRS = Tip Ring and Sleeve

After seeing this post, I got curious and found this. It explains why. http://www.mediacollege.com/audio/connection/xlr-jack-mono.html

TS is unbalanced. You might think that it would work to use a balanced cable between them and connect (from XLR to TS) shield to S, hot to T, cold to S and thus get the benefits of a balanced connection.

However, part of the deal of a balanced connection is that hot and cold signal are used differentially and are subject to the same electrical conditions. This includes the same terminating impedance at the end of the line in order to have equal effect of disturbances on both signal lines. A "cheap man's balancer" would therefore at least require a resistor in the cold signal line matching the input impedance in the hot line.

However, for such a "cheap balancer" to be fully effective, the signal source needs to be not just differential but balanced (easy when it's just a "floating" sensor like with a dynamic microphone, but if active electronics are involved, there is more effort involved).

Also it is rather hard to get impressive "common mode rejection" values just by matching independent resistances.

So getting back to the original question: a TS-to-XLR cable not especially touting a "built-in DI" (which would be a small transformer near the TS end) will be using an unbalanced cable. Using a balanced cable would not really improve matters and make the cable more expensive.

The proof is in the pudding, though: 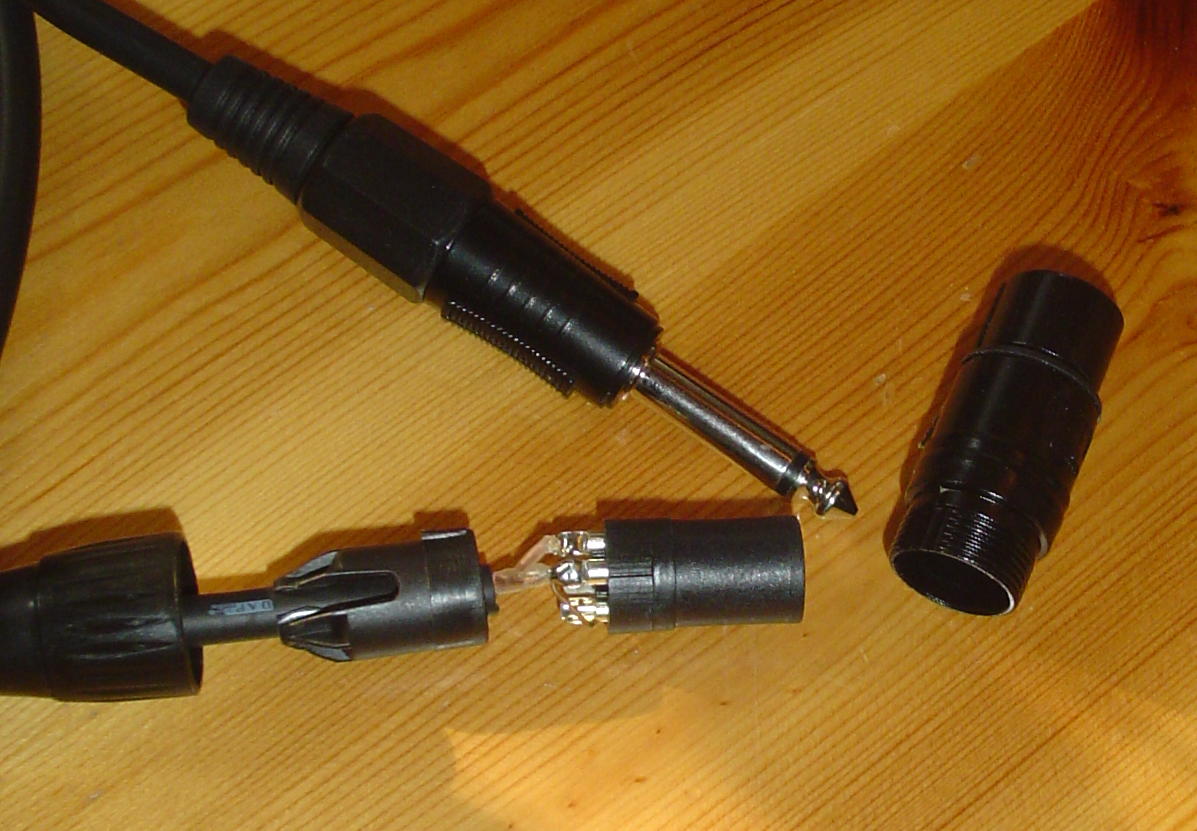 is a photograph of such an adapter cable opened. There are just two connections, one being the shield in an isolating piece of tube. You can see the shield being soldered to two terminals (the connecting copper from middle to lower terminal is a bit hard to see on the photograph).

I just thought I would go into more detail about what Balanced and Unbalanced means for you.

This is a balanced 1/4" connection (TRS) 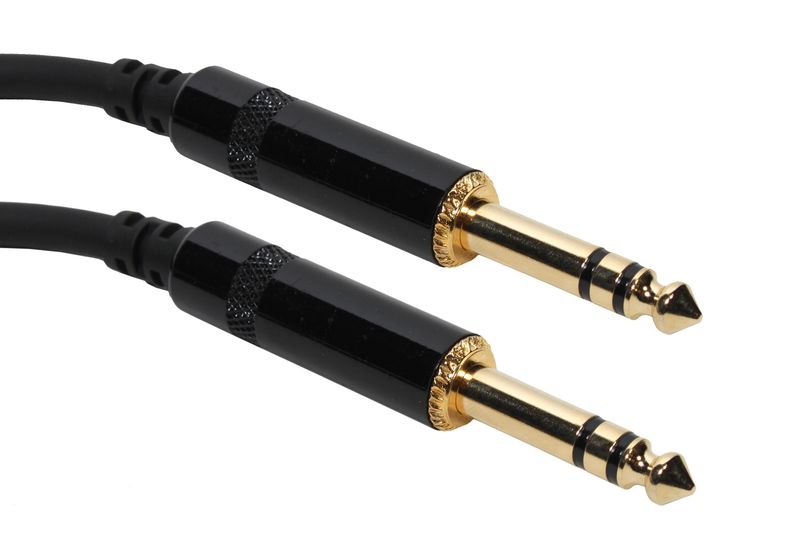 Notice the two black lines. The first section of metal is the sleeve (left side of picture), then between the lines is the ring, and finally the point is called the tip. These are three separate signal paths. 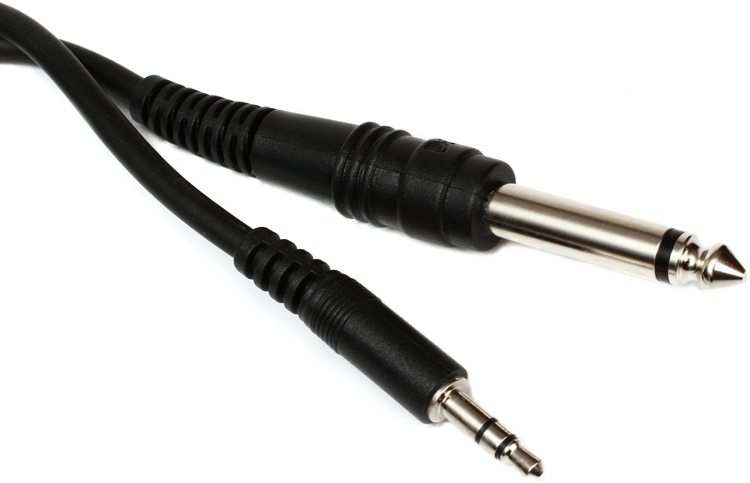 Notice the ring is not there anymore.

Now, about balance. Cables will pick up noise (like radio frequencies) along their length similar to antennas. On the TRS, the Tip and Ring carry audio signals, flipped out of phase (meaning they cancel each other out, resulting in silence). Then when the signal reaches the end, the hardware you are plugging into will flip one (not sure which) back into phase. So when the signal is flipped, all the noise picked up cancels itself out, and the audio sounds clean.

Not the answer you're looking for? Browse other questions tagged cable xlr noise noise-cancelling or ask your own question.

4
XLR Y-Cable in signal chain
4
Connecting a microphone to a camera with a 25 foot cable - is it possible?
4
Balanced/unbalanced audio and TS/TRS jack issue with mixer
0
Can I damage condenser mic with Phantom Power connected using unbalanced cable?
1
Patch Cables: are XLR better than 1/4 inch balanced?
0
I need some help understanding balanced/unbalanced and mono/stereo cables
0
Male Micro usb to male XLR cable?
3
XLR-1/4'' vs XLR-XLR cable