My main focus is sound effects recording. A very close second at the moment is onset recording (no huge productions though).

I own a Fostex FR2 but it is slowly dying on me. It won't switch off unless I cut it's power supply, and it has a serious hard time importing the files and gives me the spinning wheel (Mac) forever. I have no doubt I will loose precious files one day. All and all, I'm always a bit nervous before taking it out in the field or doing onset recording. 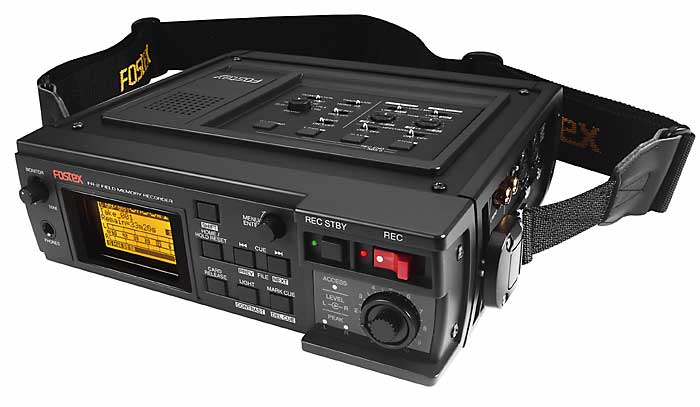 I've been reading this great article on the Sound Devices website that should answer all my questions, but I'm worried that they are being slightly biased to protect themselves from people purchasing the 552 instead of a 7-series. I'm also not very good at reading tech-specs so maybe someone here can help decode it :-)

Because it's not worth fixing my FR2, I will keep it as a second recorder. Now my question is do I buy the 702 and not own a mixer but have two independent recorders, or do I get the 552 mixer and use it's built-in recorder for 2 channels and the Fostex FR2 for 2 other channels (using it through the mixer too). In both cases I would end up with four separate channels.

If recording onto camera, can the 702 be used as a basic mixer? ie. use the 702's preamps and A-to-D converters and go via the outputs into the camera without adding much noise?

I keep oscillating between getting the 702 or forking out the extra money and owning the great 552. Any advice would be MASSIVELY appreciated!

Some quick observations on the differences:

The limiters and per-channel controls on the 552 are superior to the 702 - and faster to operate, IMO - but if you're going to be just getting raw recordings in the field and not doing production mixing, I find the fewer controls per channel speeds field recording...I focus on fiddling in post. (For production mixing, it's about the best tracks possible in the moment, a very different need.)

The 552 has very impressive routing options and riding-the-levels knob ergonomics the 702 lacks. The 702, though, is just fine as a 2-channel device if your mixing needs are just about riding levels and recording to the 702 itself. If you need to feed a camera, you can do so with the 702, but the 552 has way more options for this. I've recorded double-system for HD DSLR shoots with my 702 with zero issues. (FWIW, any preamp or A/D converter from Sound Devices is generally going to be top-notch at its price point.)

The 702 has an LCD screen and a visible menu system. The 552 has no such thing; in fact, it has an audio menu interface using voice synthesis. Most people get used to "Sven," as he's called, but some have trouble understanding the voice at first. (This is better than using the levels meters for menu settings on the 442, though. Ugh.)

The 552 won't render out isolated tracks, but rather a mix. If you're doing multi-track effects recording, IMO it's a bad idea to mix all the tracks to 2 channels in the field. If you want iso's for sound design and later mixing, look at a 744 instead.

I don't think the dynamic range differences between the two matter a whole lot, but that could be my aging ears.

I agree with everything Nathan said, but I also want to add a few things.

First off, do you need a mixer? If you don't, I'd go with the 702. It's cheaper, and it has more flexibility when talking about just straight recording, plus you have the high sample rates. If you do need mixing, can the 552 do what you need? It doesn't have any meta data or Time code in it, so you'll have to keep a meticulous sound report, and you can't do any sync, other than manual sync.

What are you recording, mainly? The dynamic range won't really matter if you're always doing dialogue. If you're doing sound effects, it will matter.

I'm a fan of the 702, but then again, I do mostly sound effects recording. When I do production audio, I'll throw a mixer (usually a Wendt X5) in front of it. The 552 doesn't really appeal to me, since I'm a big fan of meta data and 192k recording.

@Andrew, I do mainly onset production recordings, on commercials, corporates and features and I have used my 552 with great success in all mediums.

IMHO if you want a mixer with a built in recorder, the 552 is great! It's all in one box, the same size as the 702 and your set to go! With the 702 or the 722, you would have to hook up to an external mixer and thats extra cash to outlay, extra gear to carry with you and extra batteries, cables and what ever else you might feel you need.

Admittedly, I haven't used it for Sound Effects recording...so I am of no help there! :P

The pain I have is after a shoot, downloading the files and then typing up the sound report (which I am convinced nobody even looks at!) and that is where I'd love the 702 or 722...actually, in truth, I'd love the 788T. Thats a really impressive piece of hardware!

I have a 702 - and from a sound quality perspective it's fantastic. However a major limittaion is that if you need to mix more than two channels then you need to use an external mixer for ALL the channels - you cannot mix in an additional line source, so the excellent internal mic preamps are wasted. With the 552 you can pan any channel to mix into the recoded L and R tracks, so you have considerably more flexibility, either on its own or in combination with a external mixer.

Not the answer you're looking for? Browse other questions tagged field-recorder mixer sound-devices gear recommendations or ask your own question.

3
Anyone using a SD 702 with a SD mixer?
2
Anyone beta testing the nomad?
1
SD 702 or Mixpre-D field recording upgrade path
0
How to tell number of audio channels exposed to computer over USB?
0
Sound Devices recorder 722: media issue
1
Mid Side recording "Invert the Phase" - "Invert" is ghosted in Audition
1
Can a FX send on a mixer be used as an extra buss for multi-track recording
0
Dynamic mic to XLR input