What effects are used to match this specific sample?

I want to recreate a sample used in the song "Promise Ring" by Death's Dynamic Shroud. The original sample used in the Promise Ring song is called "Soon as I get home", taken from the album "Tender Lover" by Babyface. I opened up FL studio, dragged in both songs, and placed them on the timeline at the moment they start singing the same verse. Also, I heightened the pitch and stretched the Death's Dynamic Shroud song to match Babyface's song respectively. This is what they look like side by side. Each sample is roughly 10 seconds long. 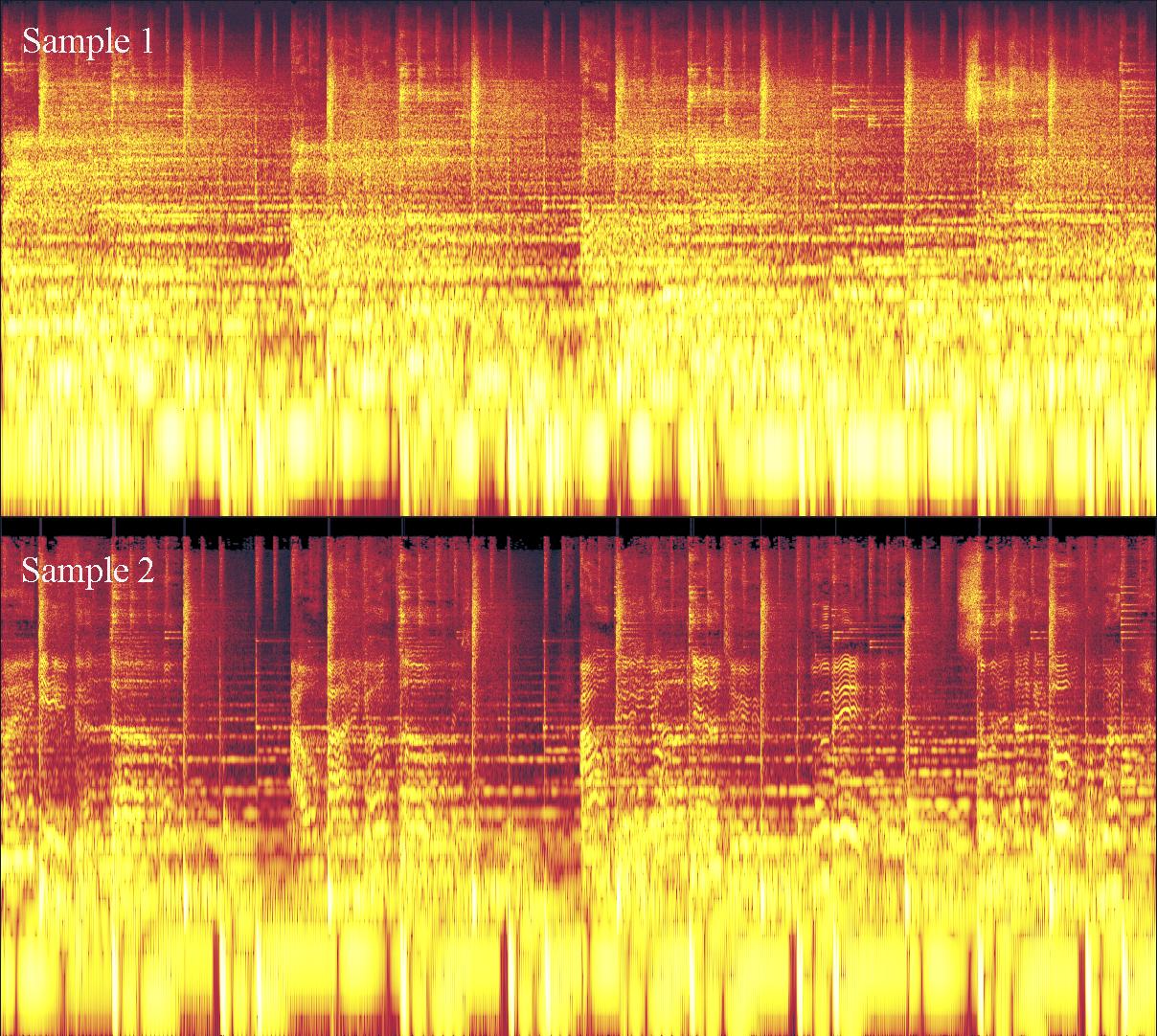 Sample 1: A sample used in the song "Promise Ring". It's pitched and shortened to match the original song it was taken from - "Soon as I get home" by Babyface.

Sample 2: A verse in the song "Soon as I get home" by Babyface.

I don't know much about spectrograms, but I can probably guess what's happening. The gain has increased and there seems to be a lot of reverb added in. I tried this approach in FL studio, however, they both sound drastically different. I tried adding limiters, flangers, and distortion plug-ins. But that didn't work.

Regardless, can anyone tell me what effects were added to Sample 2 to create Sample 1?

Browse other questions tagged plug-ins sampling spectrogram or ask your own question.

0
What are the best modulators for vocoders?
8
What five plugins are the most essential for your sound editing?
0
What Windows-based DAW can I use for sample arrangement?
3
What advantages does an MPC-style device have that are not offered by a DAW?
1
What software for batch processing effects chains?
1
What are some ways of creating rat sounds for a short film?