I admit that I am more than a newbie in terms of audio compression and everything that surrounds that world, but I was doing some research on how audio codecs work and how they actually cut off frequencies in order to achieve small file sizes while still keeping more or less intact what our ears can feel. I found out, for example, that all aac audio streams on YouTube are cut off at 15/16 KHz. 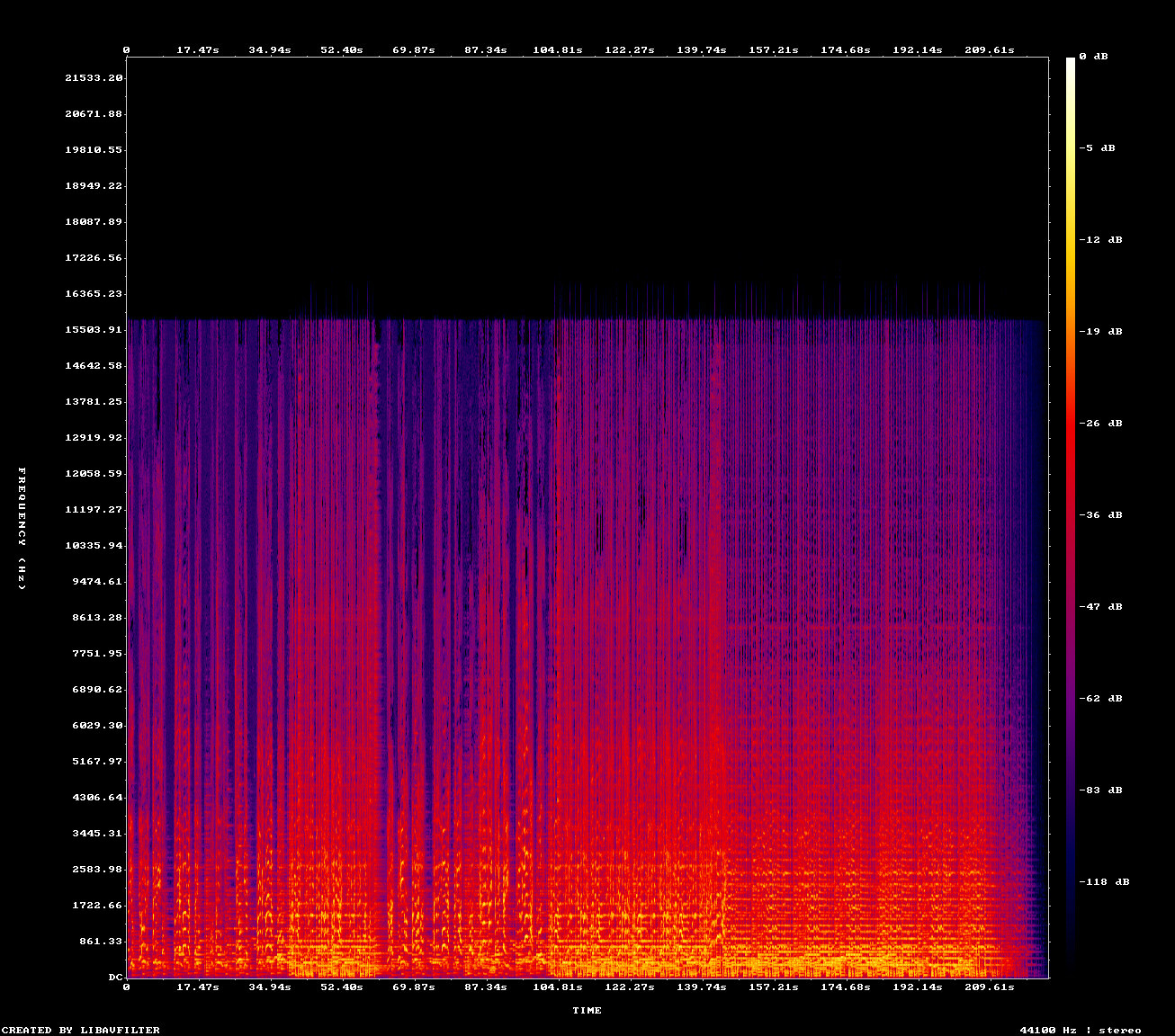 Also trying to transcode some wave files by my self, I obtained similar results with the native aac encoder built in ffmpeg. Every video on YouTube has both aac and opus audio streams available, so I inspected opus streams also. And this is the opus audio spectrum of the same song: 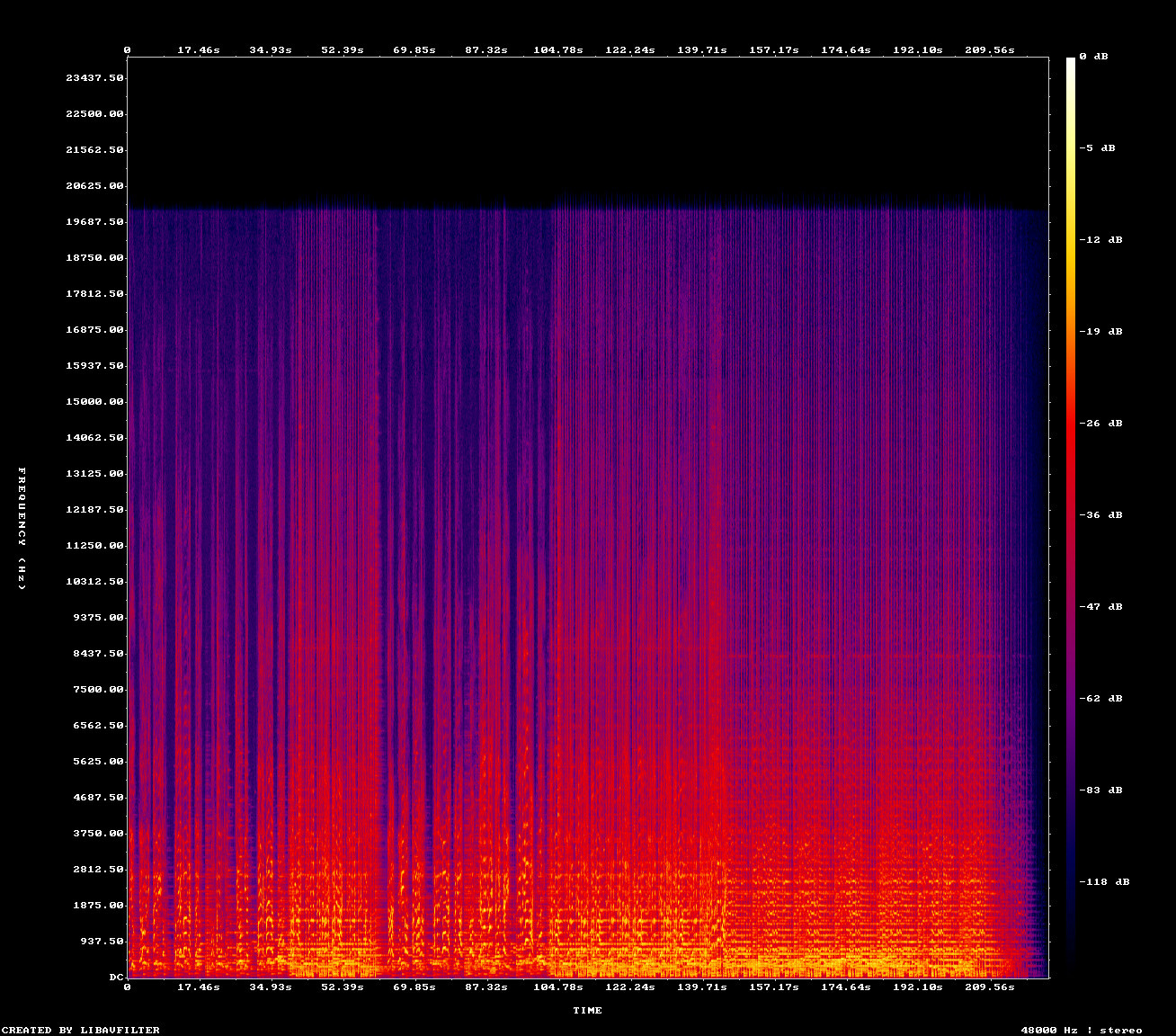 Frequencies here spans up to 20 Khz, but the file size and the bitrate are the same as the aac counterpart. Is this the result of the opus very efficient hybrid (SILK + CELT) encoder? What else can be "removed" from the audio spectrum in order to achieve such results? Later on, I decided to re-encode the aac 128 kbps file into an opus stream with ffmpeg.

And this is the output spectrum: 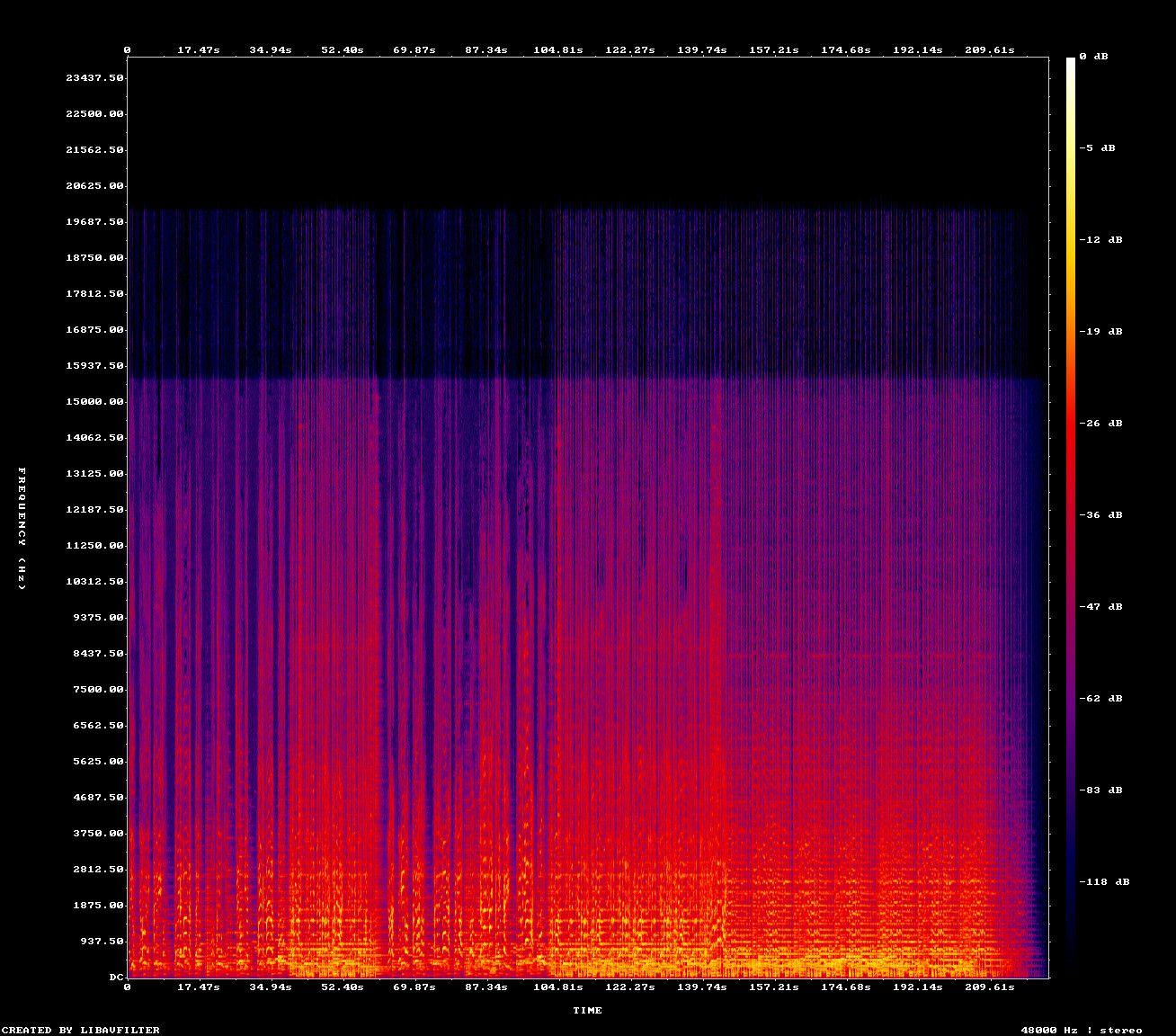 Why is opus "adding" frequencies that wasn't there before? You can clearly see the old 16 KHz bound that gets "expanded" on top up to the opus 20 Khz bound. I'm not really getting why adding information that doesn't exists needs to occur in this place. I'm probably missing something of how opus works and I would like to know something more specific about it.

Browse other questions tagged audio encoding aac-m4a or ask your own question.

0
I have two audio files of same song one is from vinyl and other is from CD source, I want to compare those and technically see the difference between

2
What effects or alterations should I consider for clarity of audio in my video?
5
how can I make sounds of different frequencies appear subjectively equally loud?
0
How to know best fit output quality for transcoding?
2
Are any special steps needed to combine two or more audio files without quality loss?
11
What audio formats and codecs are used for YouTube videos?
0
Which acoustic spectogram shows higher quality of audio file?
2
Open source software/library/tool/patch/... for converting audio to MIDI suggestions?
1
Why is exporting a .wav file as .m4a creating a sync issue in audacity?