How to interpret the spectogram from spek [closed]

Ask Question
Asked 15 days ago
Active 15 days ago
Viewed 27 times
0
Closed. This question needs details or clarity. It is not currently accepting answers.

I compressed the wave file to MP3 in two bitrates. How to interpret spectrogram results? 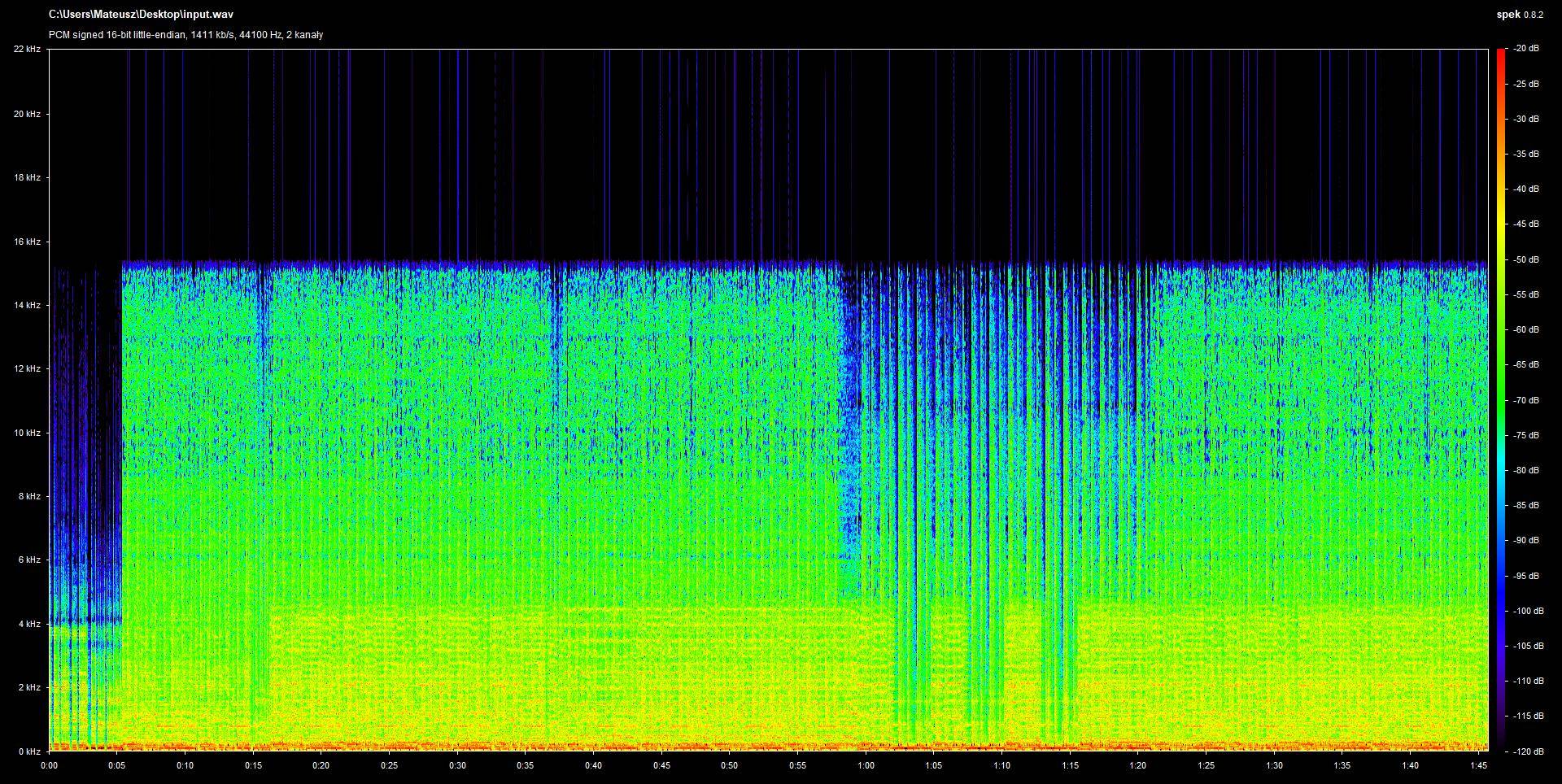 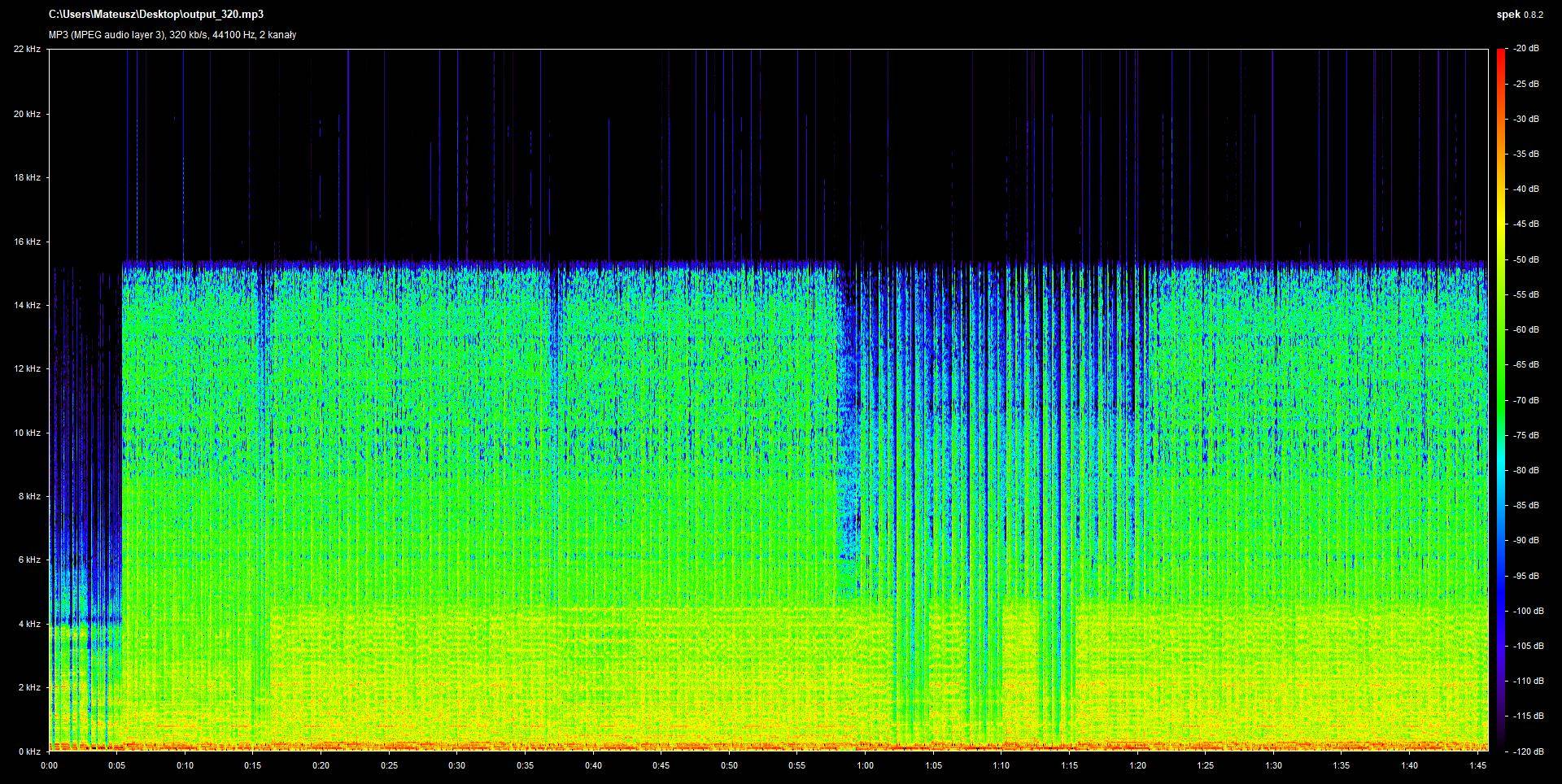 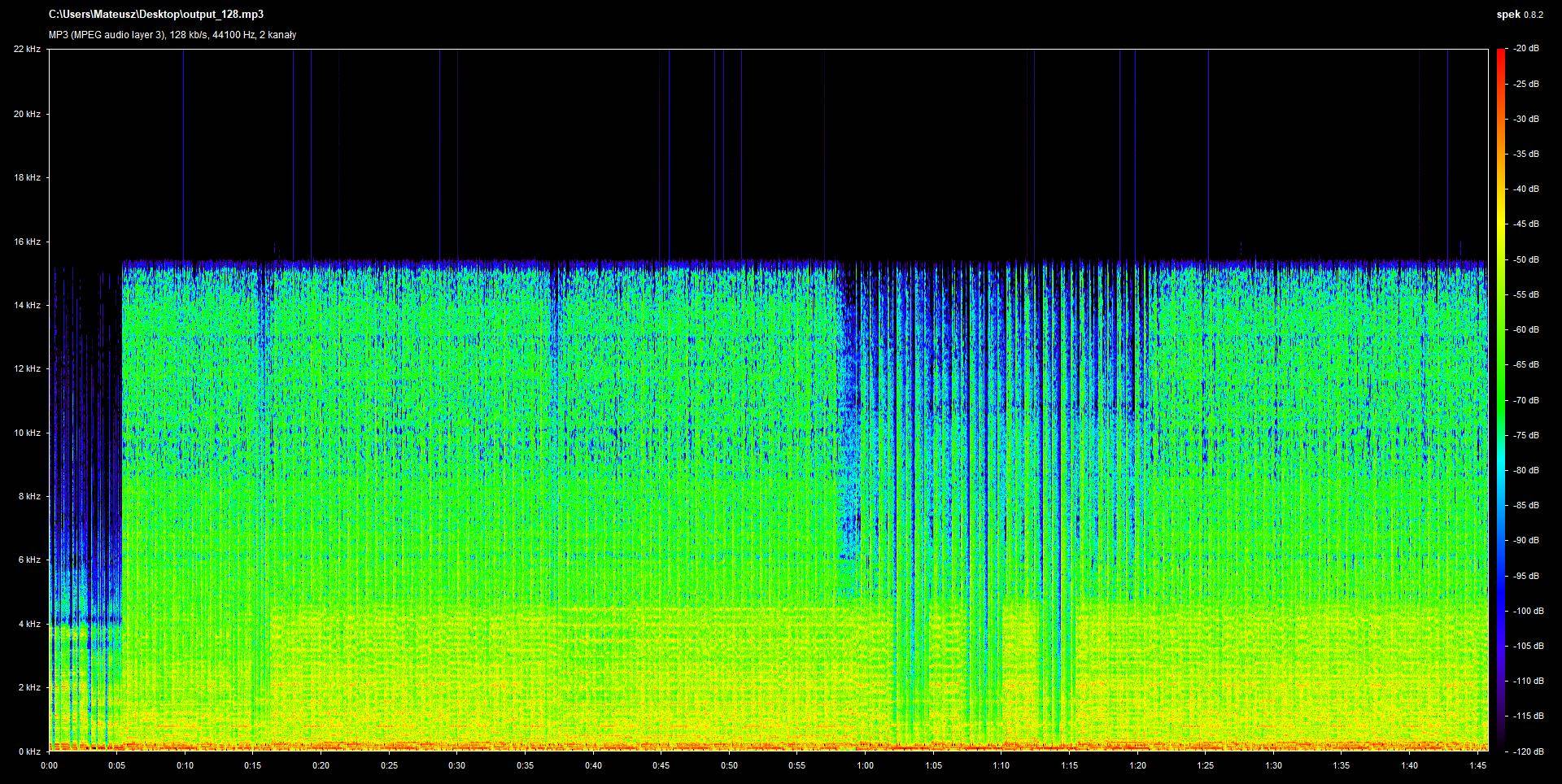 The only information I could possibly garner from those three spectrograms is that it's a reasonable possibility that the WAV wasn't the original source file.
There's evidence it has already had a hard low-pass filter or cut-off applied at 15.5KHz.

I suppose the other thing you could guess from it is it's likely a modern hi-gain track, possibly a dance or pop track, potentially a victim of the loudness war. It shows remarkable lack of variation through most of its duration. You can almost see the ear fatigue;)

This is not really conclusive of anything, though. Spectrographs really don't tell you what things sound like & only show up glaring errors or anomolies, they have no real 'fine detail'.
People seem to rely on them too much, as if you could tell from one what process it had been through, or 'how good it should sound'. They really don't work like that.
You can sometimes see evidence of 'bit-filling' as shadowy echoes of lower freaquencies if someone made a poor attempt to claim they're high quality 96KHz, but there's nothing I can see along those lines.

Not the answer you're looking for? Browse other questions tagged compression spectrogram or ask your own question.

1
How to make compressed audio loop without audible gap?
0
Re-encoding MP3 reduces quality
3
Best lossy format for music?
2
How to achieve overcompressed sound?
2
320kbps MP3 - Why is there a clear line near 16khz on spectrogram?
0
Which acoustic spectogram shows higher quality of audio file?
0
Any reason to use MP3 over AAC?
1
Best speech codec for quality and compatibility
0
Isolate hoots seen in spectrogram
1
from Flac to wav