How to connect a mono microphone to a stereo input (mini jack) without losing a channel?

The internal condenser mic is pretty lame. I tried one of the "SONY" (a knock-off, I'm sure) ECM-DS70P T-shaped plug-in mics, but the "figure 8" pattern of the mics does as good a job of picking up the (increasingly getting worse at shows) chatter in the audience as it does the stage sound - same with that internal (along with lousy dynamic range).

In search of a solution, I just purchased an older (late-'80s) Azden ECZ-660 "shotgun" one, with a "zoom" pattern option. While it has a clear (if somewhat bass-weak) sound, it's a mono mic - just one ring on the 3.5MM plug - so it's doing the (I think - not well-versed on the subject) "right to ground" thing, resulting in audio only on the left channel.

Is there any kind of inline adapter that will "bridge" the mono across both channels, so it's more listenable on headphones or other stereo set-ups?

I tried searches online, but such a thing either doesn't exist - or I can't word a search properly to find one.

Thanks in advance for any assistance!

The easy - but possibly inoptimal - solution: A Jack Adapter

You can try a mono to stereo adapter like this 3.5mm Stereo Male to 3.5mm Mono Female Adapter: 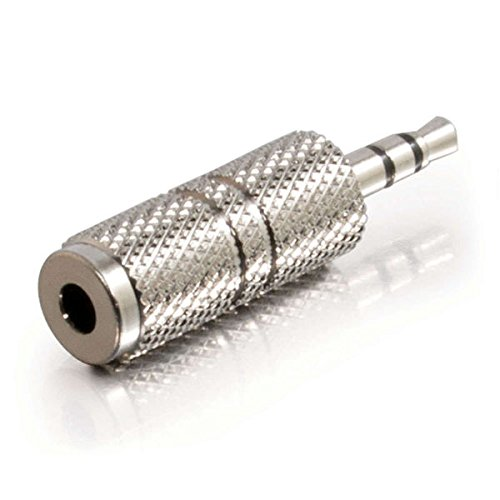 I found one here, but you can probably find them elsewhere. What is important is that you ensure it is a mono to stereo adapter.

Now this solution may not give the optimal results in regard to impedance and channel preamp isolation. This could result in a weaker sound, in particular regarding the low end.

The optimal solution: A Microphone Splitter

To get around issues with impedance and preamp isolation, it would be more optimal to use a split box. However new challenges will emerge with the equipment you mention: the connectors! Now you need to convert mini jack to XLR ;-) 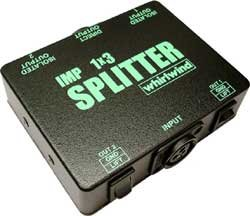 I think you should give the simple jack adapter a try before exploring the split box route. It is way cheaper and less complex.

Not the answer you're looking for? Browse other questions tagged microphone connector signal-routing adapters or ask your own question.