I'm deaf for high pitched sounds (above 6 KHz) in my left ear. This means when I'm listening to music with headphones I miss part of the percursive or higher harmonic sounds. If I try to balance the audio using the sound controls, the sound pans to the right speaker and the result is simply that the right speaker is louder than the left one.

How can I move only the high pitched sounds from left to right speaker ?

What app you could use is going to depend on what OS you're on. I've always found Windows to be a bit iffy for audio routing; things like Voicemeeter Banana [which I've never tried], but idk how they deal with FX & routing inserts. On Mac you've got Audio Hijack & its baby brother, SoundSource.

Splitting the audio path is the first part of the issue, the easy bit. I posted an answer on Ask Different using Audio Hijack to split channels & EQ separately…

Route a source to two different Channels plugins, kill left in one & kill right in the other - that way each will pass only a single side of the stereo pair. In front of that you put two EQ plugins, then route both to a single output, headphones/speakers etc. 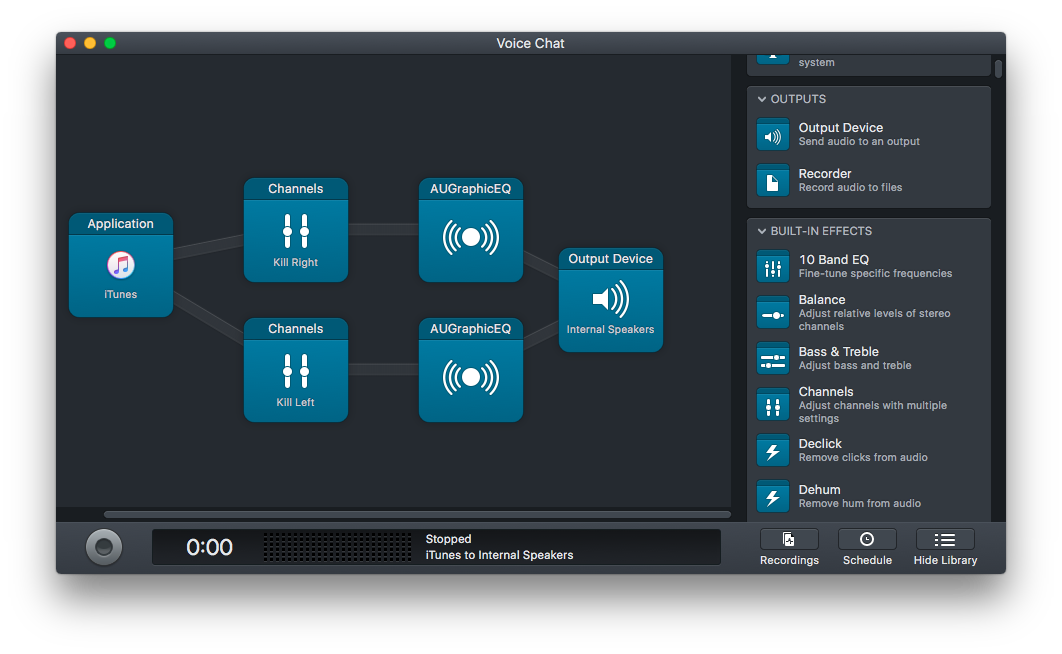 Right now, I'm struggling to think of a simple way to actually re-balance left & right only above a split frequency.
There are mid-side processors which could do the summing, but because of the audio phenomenon whereby at very low frequencies the human ear loses directionality, these plugins are mainly designed to sum channels below a certain frequency into mono. The only one I know of that can set individual frequency bands is over $100, so below I'm trying to do it all 'for free'.

In my head I've got this kind of setup - splitting the channels, low-passing the left, summing part of the signal to mono, hi-passing that & feeding it back to the right channel. It looks & feels kludgey but I'm trying to just use the freebies in the app & in macOS. I've got it running at the moment on iTunes & it seems to be doing the job to some extent.
The more I listen to it the more sure I am it's working - it just sounds odd to me because a lot of the highs are missing from the left now & it's making me think one of my tweeters has blown ;))
It does fatten up the centre globally & it feels a bit phasey, but I think it's 'forgivable'. I've never looked for phase-coherent plugins for free, but maybe they exist. I haven't included them in this setup because mine were far from free.

If worst comes to the worst, you could just sum the whole lot to mono. 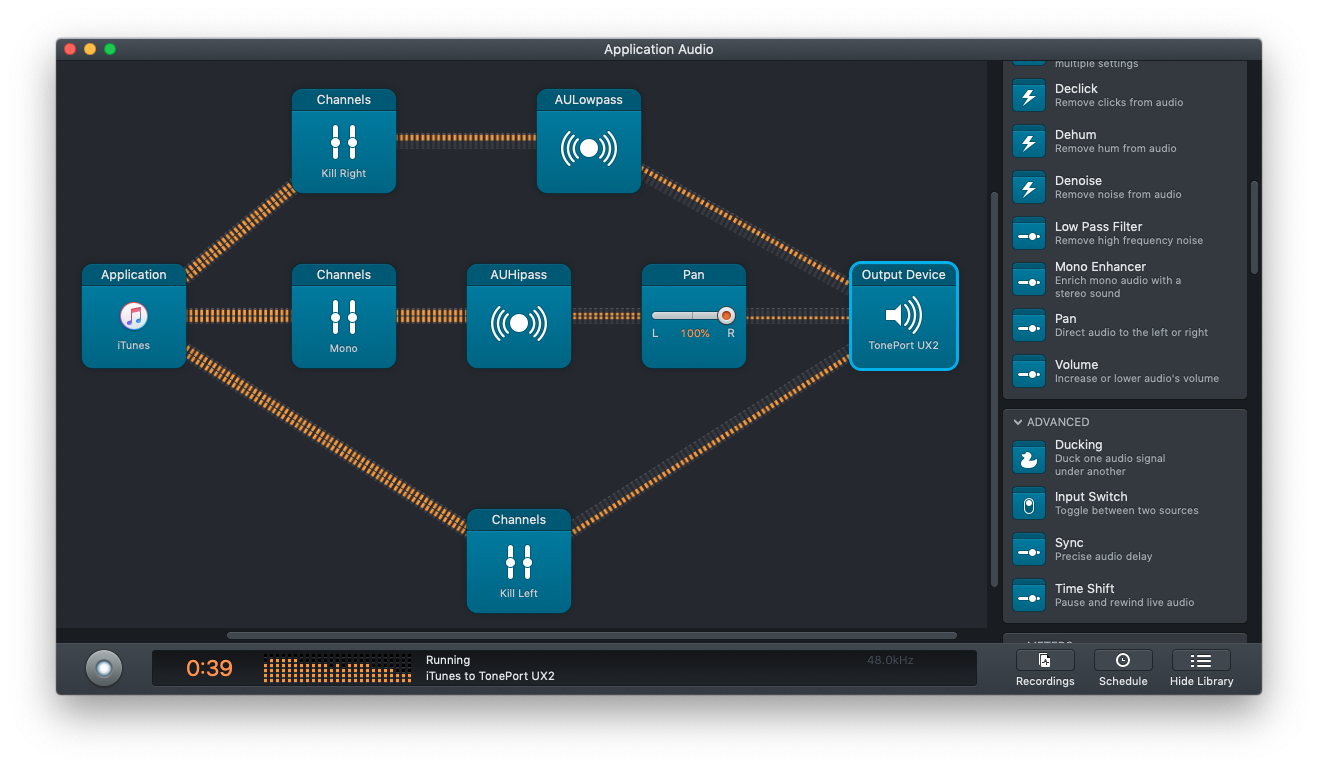