Basically I'm looking for the reverse of this question - I have voice recordings coming from a phone and I can immediately see from the spectrum that only frequencies up to 3khz have been preserved. 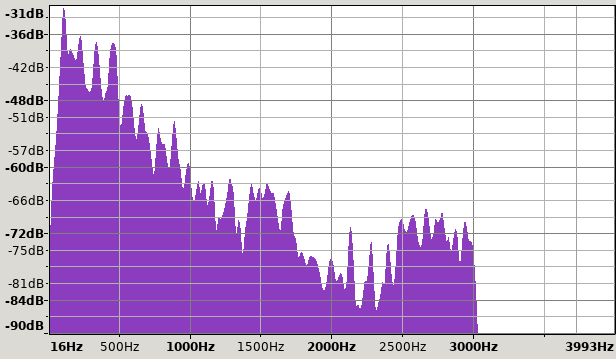 I'd like to, if there's a reasonable setup possible on Linux, to simulate the playback from the phone, so that the voice is more understandable (my problem is that I don't even really know what terms to search for, thus, this question) - what do I have to look for?

For more context: The recordings are from a messenger (think Signal, WhatsApp). Actually, what confuses me is that even with earphones the playback is fine on the phone, I'm reasonably sure though that the files played back there are the same as when taken from the web version of the messenger (which are simply mp3 files). The goal in the end would be to script this whole thing of course, so I don't have to grab the phone and switch headphones while on the web chat.

Edit: Okay, for some more thoughts, I've recorded the phone playback through a mic, which doesn't sound that dull, due to the awful speaker of course. 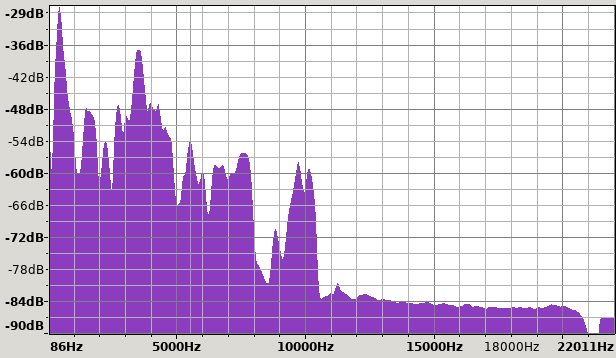 So, with a preference for the phone speaker emulation, how could I get the original recording more spread out / emulate the phone speaker? Assuming for example that I can record a profile of sorts of how the speaker plays any recorded input - not simply tweaking the equalizer settings of the existing recording.

I think that what you are looking for is something like SOX, through which you will be able to script a solution.

The solution will be to simply apply an EQ curve to the recordings to emulate the scenario where you are playing back the file through the phone. It might just be that your current playback solution isn't quite cutting it so some EQ might help with this, however with only a 6kHz sampling rate you're not going to be able to re-create any of the missing voice frequencies unfortunately. That option isn't open to you. So your best bet I think is EQ.

This is an article I wrote that explains the process using sequoia.

Not the answer you're looking for? Browse other questions tagged voice phone or ask your own question.

2
Question about Tree-Beard.
4
Alternative ways of adding presence to a voice than just EQ.
0
New to recording. Would like to make tutorials with recorded speech. Would like recommendations
2
Speech separation of individuals from a phone recording
0
Converting phone audio to save space - what's best?
1
Improving digitalized tape recordings - more than what I've done
1
Can a pc output sound that can be received by a phones microphone input?
1
Looking for voice recording setup w/ lavalier to laptop or phone
0
Extract/amplify background noise from WhatsApp voice note