I found out today that if I plug my Apple EarPods into my laptop's 3.5mm jack almost all the way, but not completely in, I can listen to music where the background music plays nearly perfectly, but I can barely hear the voices. Sometimes the voices become very clear, but only for a few seconds at a time. My computer's sound is perfectly operational; if I push the connector all the way in, I get normal-sounding sound.

It didn't matter whether I listened to the left or right EarPod; they sound exactly the same (to the limits of my perception -- but then again, I can't tell the difference between the left and right channels of audio anyway).

I was rather intrigued by this phenomenon, so I did some experimenting. I found some YouTube videos that played 20 Hz - 20 kHz tones in succession, and I couldn't hear anything. This was rather surprising to me, because music is just a Fourier series of pure sinusoids, and our hearing's bandwidth is limited to the range covered by the test.

I then hypothesized that I couldn't hear the test audio because the test video played the same thing for both left and right channels. Using a virtual audio cable, I changed the audio to 1 channel 24-bit audio, and sure enough, I couldn't hear anything in the music either.

On a limb, I decided to subtract the left channel from the right channel and listen to it. I followed the answer here, and generated a .wav with the two channels subtracted. It sounds exactly the same (with the headphones plugged all the way in) as what I heard with the connector not all the way in.

Why would this particular connection cause the left and right channels to be subtracted? I've built op-amp based voltage subtractors before, but I fail to see how a partly disconnected 3.5mm jack could emulate a voltage subtractor.

This is what my jack looks like. Normally, the white part is flush with the side of my computer. 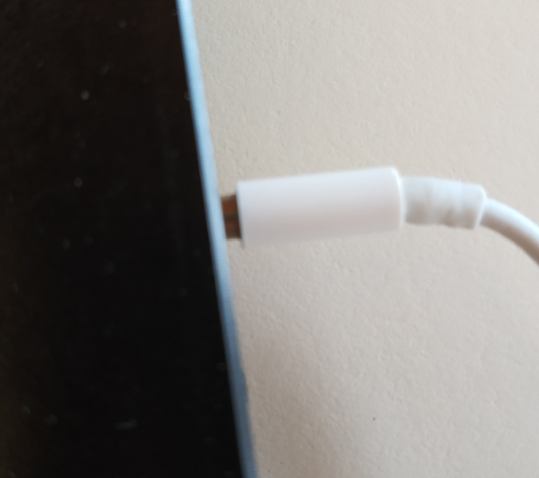 Cool question. This is simply due to the fact that the "tip" of the plug is shared between left and right. This is universal to all headphones, I believe. Basically what you're hearing is just the right side of the stereo signal, but it's in mono, so you're hearing it through both speakers.

Not the answer you're looking for? Browse other questions tagged audio music hardware multichannel or ask your own question.

2
How to convert 2 channel audio output into one 3.5mm jack
1
Emu E6400 Ultra crosstalk/left and right channels bleeding into each other
2
What equipment do I need to mix and monitor my recordings?
1
What are the definitions of a track and a channel?
0
Do each track and each channel hold only one signal?
1
Can one speaker be used as equivalent of two speakers?
0
Faulty TRS jack question
1
Is there a way to split audio?
1
Audio-Interface to computer - multiple separate channels
0
Creating single channel sound (left or right) with no audio bleed into the other channel