Why is exporting a .wav file as .m4a creating a sync issue in audacity?

Edit: it's 0.0330s delay, not half a second sorry. ALso the problem occurs when converting the wav to .m4a in ffmpeg using the basic ffmpeg -i input.wav output.m4a, and I used the newest release of ffmpeg for that.

I had a large number of audio pieces as .wav s16's and I mixed those down into a single .wav f32 track. I then wanted to export this track to an aac with highest bitrate (320 seems to be highest audacity allows) in order to place it in an .mp4 container (is this the highest quality codec I can convert to and fit in a mp4? I want the highest audio quality I can get).

When I follow the instructions and export it creates a sync delay by about half a second or so...enough to give a noticable echo when they are played in tandem. I corrected it manually in audacity with my eyes. But when I export....it puts it out of sync once more, and I'd also rather avoid the loss generated by exporting an aac as an aac.

Is there a fix I can do using audacity (using newest version 2.3.0) or some other freeware program? I have ffmpeg command prompt, and handbrake, if there's a command that can manually trim the audio or assign the right alignment.

And how would I make audacity use the newer versions? I don't really understand if it just calls up ffmpeg or if it needs to be this 2.2.2 version because they designed it to allow and work with that version specifically.

You can see how I exported the original .wav file in the picture below: 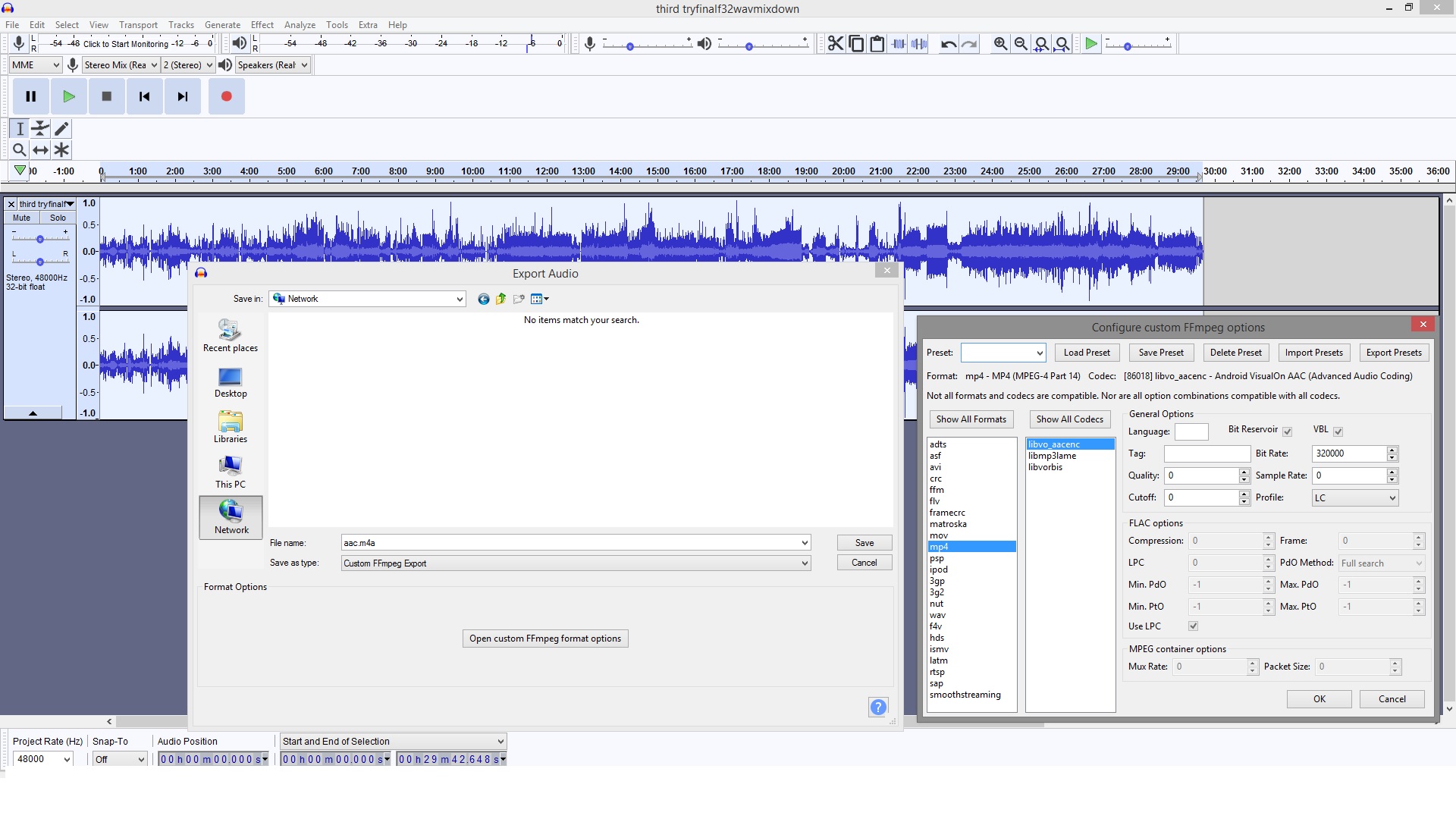 This is more a workaround than an answer as I did not manage to link the libavformat library to Audacity. So here are some clues using FFmpeg version 4.1 with libavformat.58.20.100.dylib on macOS.

There is a potential issue depending on the container used and the FFmpeg version. Some containers (m4a and mp4 for instance) include a metadata describing how many silent samples are to skip when decoding the aac bitstream. At least recent versions of FFmpeg are able to use this metadata. 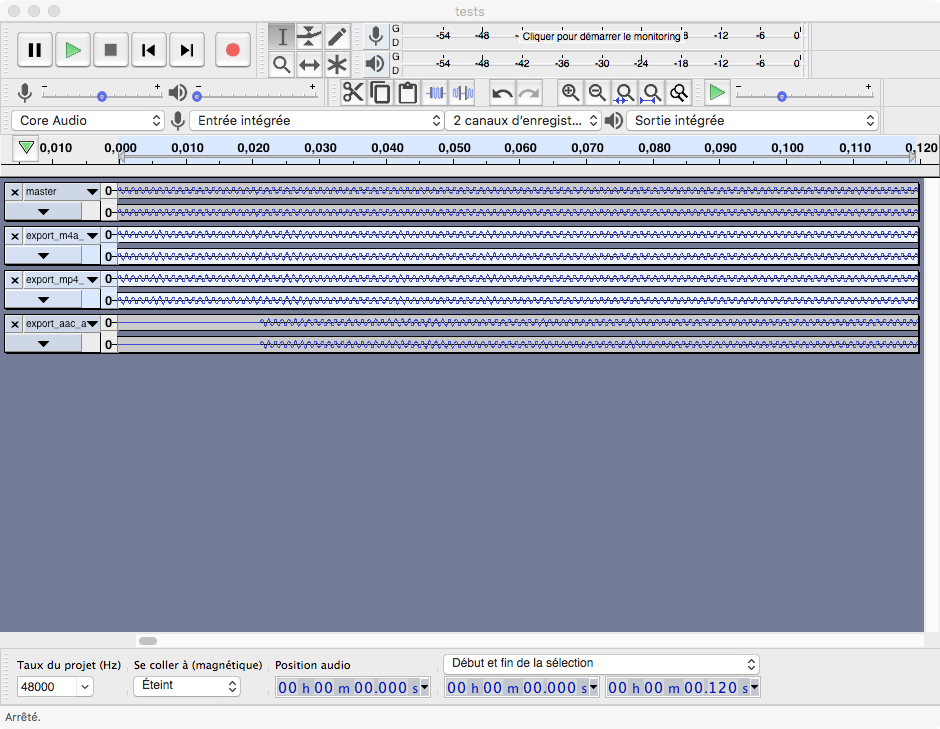 So a workaround for your use case might be to export all your files as wav from Audacity and then use FFmpeg to create the mp4 files.

Not the answer you're looking for? Browse other questions tagged audio audacity sync ffmpeg or ask your own question.

18
How to recover audio from an incomplete or corrupted AAC/m4a file
2
Dynamic amplification of a sound file
0
How to change volume of a .wav file in a mp3gain-like way?
1
Audio drift issue
1
How to input noise values in dBFS for ffmpeg silence detect
1
What is the best WAV encoding and why?