Combine PS4 and PC audio to have it play through one headset (through means of a mixer?)

So, first of all, I'm not sure if this is the right place to ask a question like this. If it isn't, my apologies; but I'd still very much appreciate it if someone could point me in the right direction would such be the case.

I'm in the process of setting up a streaming setup for my PS4, using a capture card. All of it works fine, the capture card captures everything from the PS4 and outputs this nicely to my PC. I also got my feed to work in my streaming software (Streamlabs OBS).

The issue I'm having, however, is audio related. I have a USB headset, with which I would like to listen to both my PS4 audio (the game I'm playing) and my PC's audio (for any notifications coming through my streaming software and the like) at the same time. I have tried doing this by listening to the feed from my capture card, however the capture card's feed is not instantenous - there's about a second delay, which then obviously delays the audio as well.

Now, I have searched the internet for quite a while to find a solution. A common solution I've seen is that people hook up the audio from their PS4 pads to the PC (with some sort of cable), however this can cause really bad static, which is not what I want.

Another solution, which is the one I've been leaning towards, is through the use of a mixer. The problem here, is that I'm really ignorant when it comes to audio. As I understand it, a mixer with simply two inputs and one output might do the trick(?), But sadly as I'm not knowledgeable at all, I'm not even sure how to hook this all up. My best guess would be to use the headphone jacks on both my PC and PS4, and hooking them up to the two inputs on the mixer using 3.5mm male to male cables, and then simply plugging my headphones into the mixer as well. But thinking about it, that may be way too straightforward haha.

But yeah, any help would be appreciated guys. Thanks a lot in advance.

A tiny mixer is probably the easiest and most straightforward way to go. Although product recommendations are generally off-topic, it's difficult to illustrate a solution without showing actual hardware.

A quick search turns up the Behringer Xenyx 502 which should do what you're looking for. Your two inputs would go into LINE IN 2/3 and 4/5 (they are stereo signals), and then you use the appropriate white LEVEL knobs to control the volume of each input. Plug your headphones into the PHONES jack and use the PHONES knob to control the overall volume. 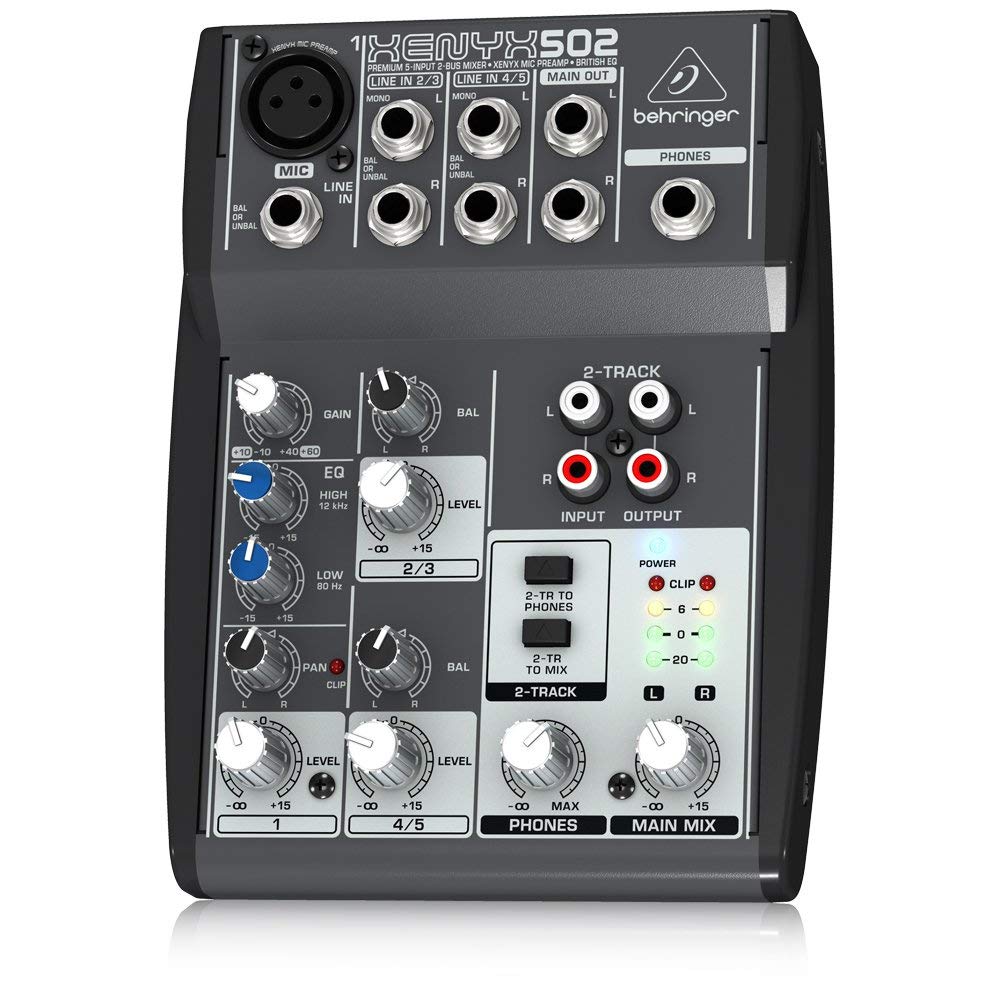 You might need a stereo splitter like the Hosa CMP-153 to go from 1/8" stereo to 1/4" mono L/R signals. Black (tip) is Left and red (ring) is Right. You may also need an adapter for the PHONES jack to your headphones, if your headphones have a 1/8" connector. 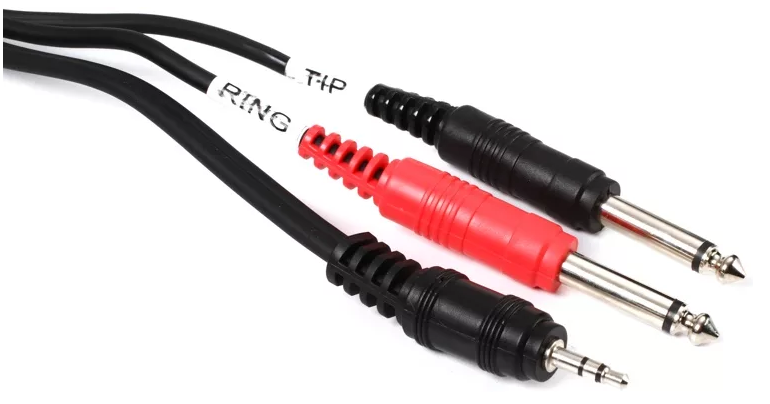 You're looking at around $60 in hardware including adapters, but that's probably about the best you can do. I saw another mixer (Maker Hart Just Mixer 2) that wouldn't require the adapters, but it's more expensive so probably the same cost overall. It's hard to go wrong with any Behringer equipment, they make extremely high quality stuff for great prices.

Not the answer you're looking for? Browse other questions tagged audio mixer streaming or ask your own question.