I accidentally inserted a Master track into my list of Channel Strips (I'm new, not sure what that does, but I can't get rid of it).

I just want to bounce my project to MP3 but it seems like nothing gets bounced.

Why is this happening and how can I resolve this? 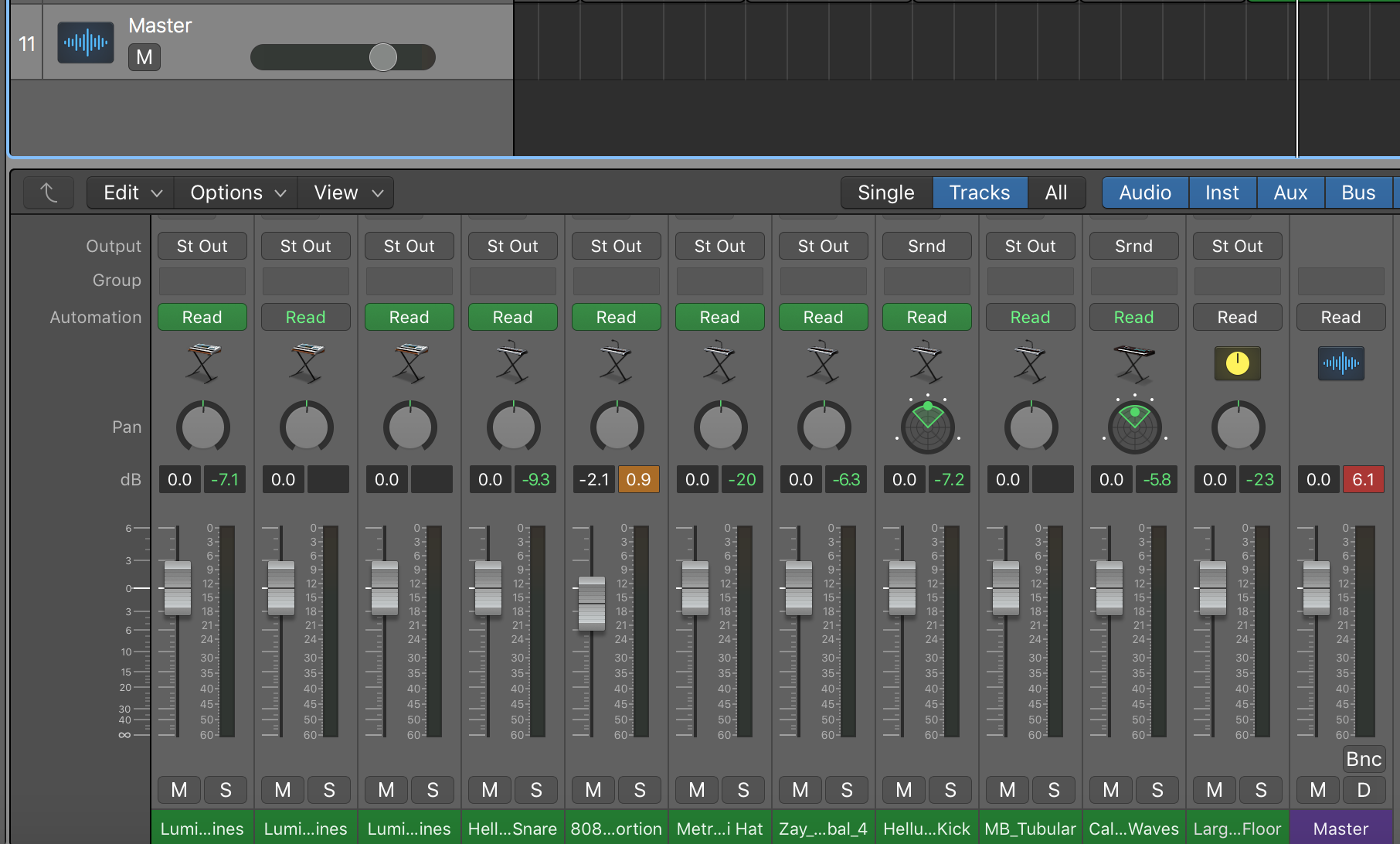 Zoomed out screenshot below: 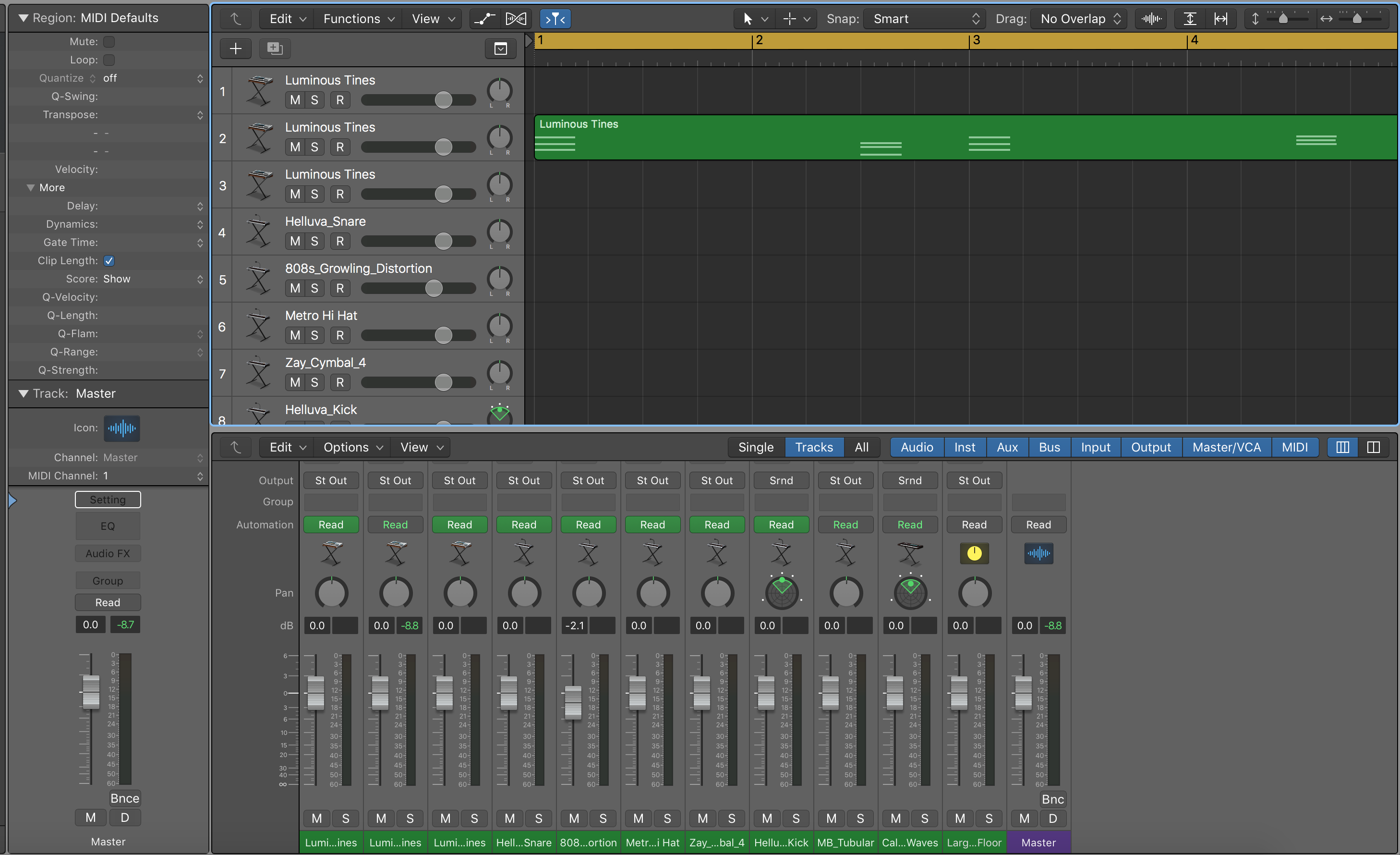 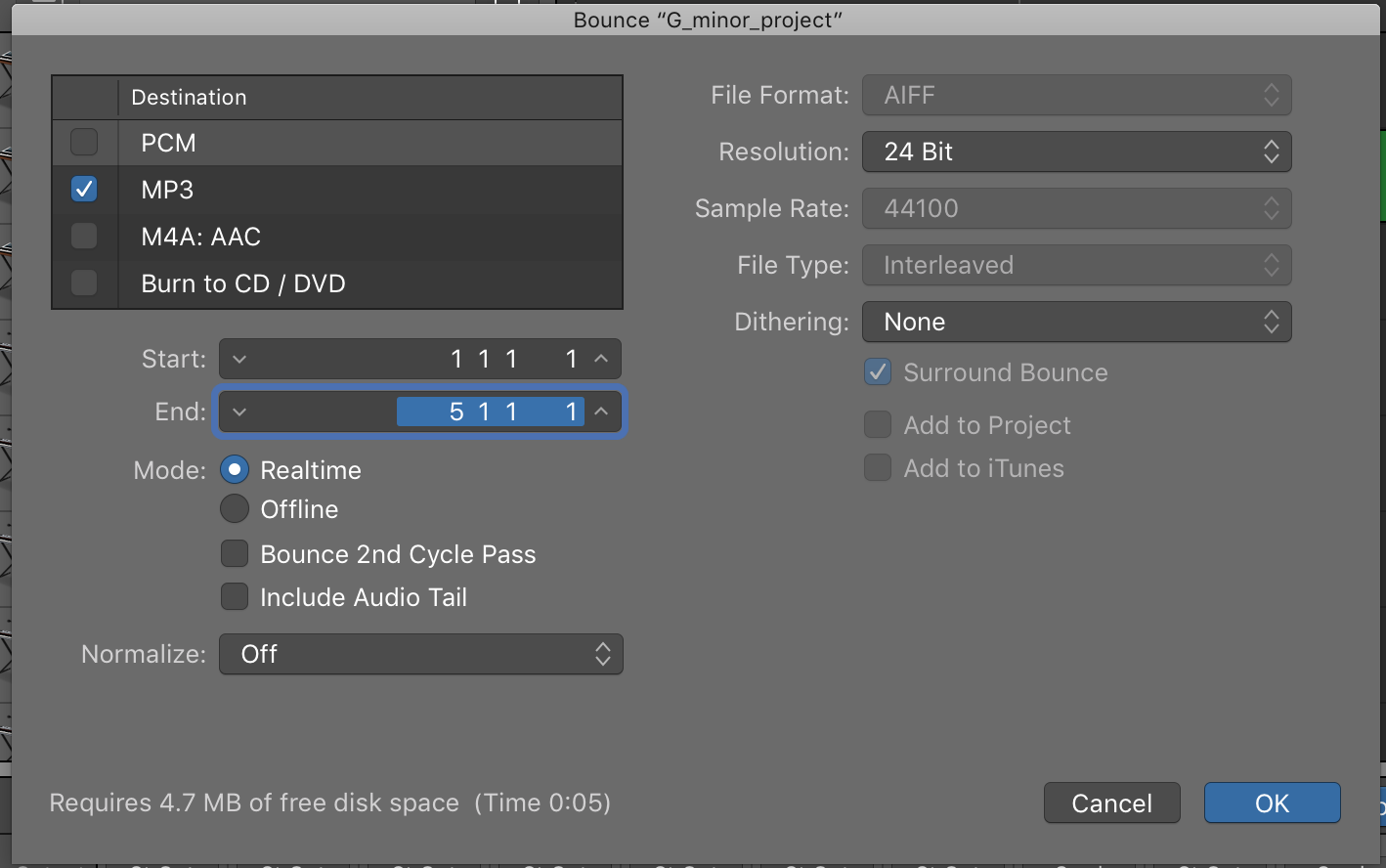 The master track is used to control the whole project. All of the tracks in your project are eventually routed through the master track. This can allow you to put effects on the entire song or to utilize some volume automation, which can be particularly useful for a song that has a fade out at the end. When recording in a professional setting, you typically have the engineer mix the song, then it gets passed to a mastering engineer, who is essentially adding any of these effects/automation. It's generally not advised to be adding effects to your master track if you don't know what you're doing, as it can drastically change your whole mix. The only real reason I ever add effects is to place a limiter on the whole song and boost the gain so that I can export a higher volume track for listening. I'm not releasing anything professionally and if I were, I would not be taking that approach but hiring someone who really knows what they're doing to handle the mastering.

The master track appearing there would not affect anything to do with being able to bounce the project down. It is always there, just hidden. Your bouncing issues likely have to do with some settings or what area of the song you are bouncing. I typically will use the cycle region function to cover the whole song, then bounce.

Check your cycle region length in the Bounce dialog, it should cover the whole area you want to bounce.

Bounce online so that you can hear what is being bounced as it's doing it, that'll tell you straight away if you've set the correct cycle region and whether there'll be sound in your bounce.

Also make sure you've selected at-least one format to bounce too (i.e. MP3 in your case.)

Master track shouldn't affect it, as it's not muted and it's also at unity gain.

I think the issue here might be the surround tracks which aren't supported by MP3 format. In terms of hiding the Master track in the Arrange window, go to:

Not the answer you're looking for? Browse other questions tagged logic-pro mastering master bounce or ask your own question.