I have a bunch of audio files (more than 4000) that I want to trim the leading and trailing silence from, that's where ffmpeg comes in.

For instance in the image bellow, the command I'm using is 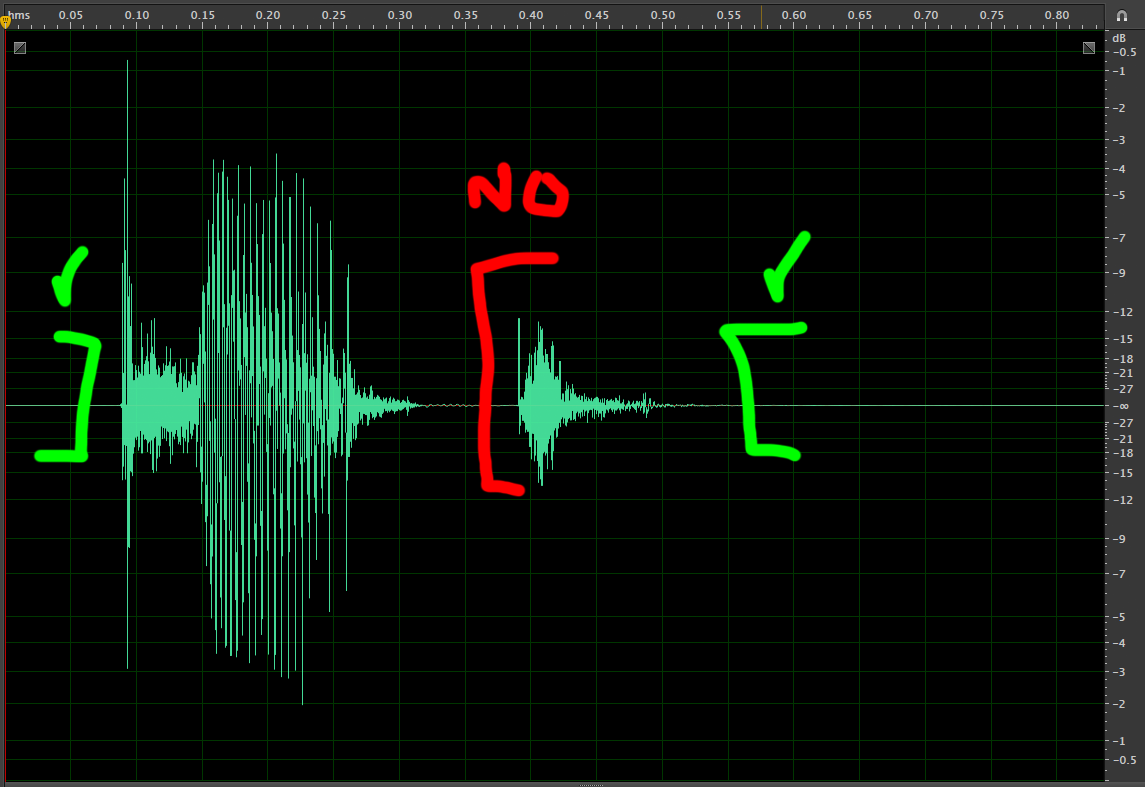 From the command, -63.563dB is just the level high enough that doesn't remove the second burst of sound (marked with red). If I put -63.564dB, for instance, that part is removed. I found that number by trial and error, because ffmpeg's help command wasn't very helpful in that sense.

So, my question is how does that number (-63.563dB) relate to the markers on the vertical ruler on Adobe Audition? And what else can I put in so that it only remove leading and trailing silences, and very short burst of sound (no more that 0.01 ms)

I've never used ffmpeg like this, but I had a quick squint at the filter docs, specifically the silenceremover and straight away I noticed the detection system defaults to RMS. Maybe this is where the confusion about the dB value has come from. Try switching it to peak. It should work more the way you want, but I'm not sure if that would be better or not for you.

Not the answer you're looking for? Browse other questions tagged adobe-audition strip-silence ffmpeg or ask your own question.