What is this screeching noise?

There is this sound commonly used in trap / rap beats where a screech is sometimes present in the background. It is usually an effect to help set the theme for a song. In the scenario, it is a more creepy dark theme. I have an example to show you what the sound is.

At around 26 seconds the sound I am curious about, appears.

It's the sampled scream that plays in the very beginning. It's pitched up, or rather played through a sampler instrument which would map the sample to multiple notes on the keyboard.

It does not sound like a synth, as some of the other answers have suggested.

So like I was saying in the comments. I think this is an FM based synth stab. I started to make one in FM8 (by native instruments). So I have a one oscillator with a slow attack at a 1 ratio and another feeding into it at a 3 ratio, with a slightly faster attack. Then I put on a shelving filter to cut out all the low end, and added a fat reverb on 100% wet. It's pretty close, but could use a bit more tweaking. 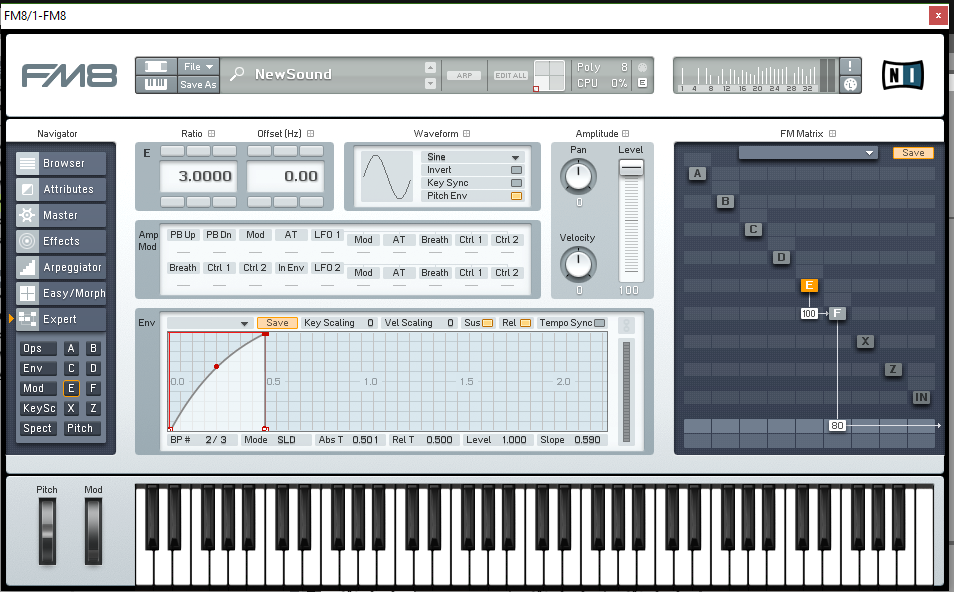 Alternatively, I was thinking that it sounds quite a bit like an electric drill which has been modified. If you go on a free SFX site, you can find an electric drill, EQ out all the low end, add in some reverb, and have a high-pass filter that opens slowly as the sample is played.

It's kind of hard to hear in your example, and I could be wrong, but it sounds like a trumpet or some kind of brass sample drowned in reverb.

I may be totally wrong but to me it sounds like that characteristic stab (in the lack of a better word) from Insane in the membrane from Cypress Hill. Probably pitched up quite a bit.

It would kind of suit the genre as a reference to them if it's that.

Not the answer you're looking for? Browse other questions tagged sound-design sound-effects horror screams or ask your own question.

4
What is your favorite scream?
1
What is this sound called?
0
What type of sound is this? How can I make something simmilar?
0
Sound Design Behind This Future Bass Lead
0
What technology/technique is used in this track?