I had a project in cubase that I recorded to audio file and everything was working fine a few days ago. Now when I open it again and play it in cubase the kick drum from the Roland 808 doesn't play (tone C1) and the tom tom plays instead (tone C#1) from the MIDI. I don't understand how this has happened. Do you have a theory what I should do to get back to the right setting?

It is strange that the MIDI track actually says C#1 which is tom tom and that is played, but previously the kick drum played. It looks like the MIDI drum pattern that I import is arranged correctly for the hi-hats but not for the kick drum. Still it worked the other day when I tried and I also recorded the kick drum where it now plays a C#1 tom tom. I assume that kick drum should be the C1 tone and therefore it seems unlikely that I have transposed it, the question is how I could have recorded the kick drum before without transposing. I'm confused how it can be done.

I've temporarily transposed the offending note from C#1 to C1 but this is probably not the right way to solve the problem. 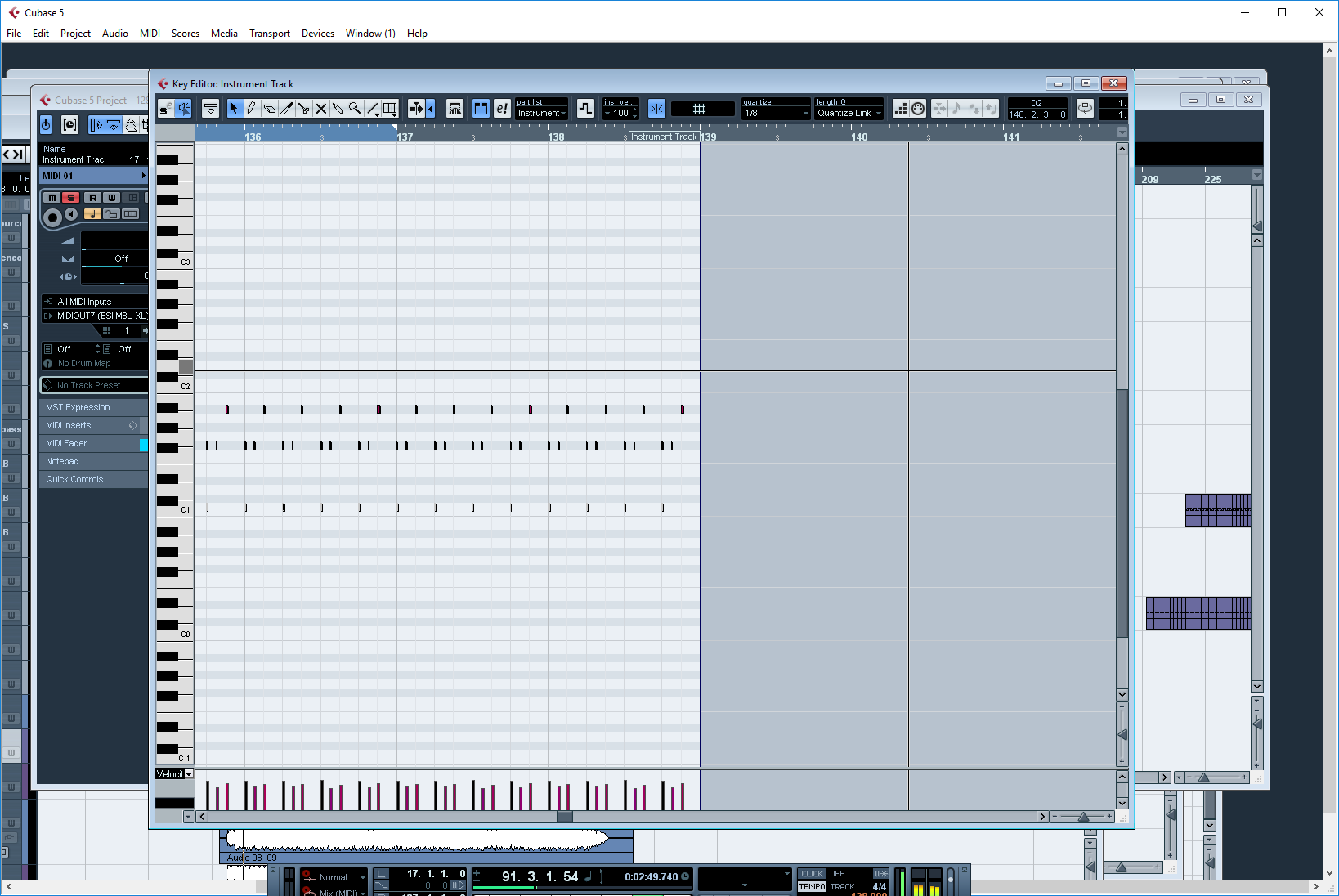 The configuration of your MIDI-to-DCB converter was changed, either by pressing the "Dec" button at the wrong time, or by cosmic radiation flipping the wrong bit.

To get the old configuration back, restore the device to the factory defaults (see the manual).

As Tetsujin and CL told you in the comment, a transpose is apparently setted. What you can do is:

Not the answer you're looking for? Browse other questions tagged midi cubase or ask your own question.

2
Monitoring MIDI Input from external Roland A-500PRO Controller
6
Eliminating recording latency -- what hardware and settings are needed?
4
Which software for adding triggers to an acoustic drum kit to make it into a USB drum kit?
2
How to change the current playing tone via MIDI
1
Utilities to output better sounds via MIDI for live performance
1
What settings could cause latency in recording but not in monitoring in cubase?
3
How to connect Alesis MMT-8 to Roland TR-909 with Cubase and Samson Graphite 49
1
How can I control the patch in cubase 5?
0
Why is cubase not displaying audio?