How do I fix bass on earbuds and speakers?

I want you to know that I have no education in music production. I am self-taught now for almost two years. I score orchestral music using FL Studio, but I have a problem. The sounds are different depening if I listen with semi-high quality earbuds or high quality speakers. Mixing while using the earbuds will overpower the low frequencies on the speakers, but mixing with the speakers will eliminate all the warm bass when listening on earbuds. Professional music does not have this problem. I would be greatful if someone could explain the reason and how to fix it. Thank you!

This is why studio monitors used in recording produce neutral sound as close to 1:1 as possible. Consumer audio gear, either because of being cheap or because of being intentionally biased, have a strong impact on the way playback sounds. These changes are designed such that they will play back a neutrally mixed sound to the best of the particular design's ability. If you mix based on something that is heavily biased, this constraint is no longer true and the result is that it will sound much worse on the other end of the spectrum from whatever you mixed on.

Thinking of it another way, consumer gear is basically like a tinted window. People are used to seeing the tint when they look through the particular type of window, so they don't think anything of it, but if you took the image from one window and looked at it through another different type of window, things end up looking very wrong.

You want your mix to sound as natural as possible on a flat system and then rely on each particular "window" that various speakers provide to reproduce that natural sound in a way that the user is used to.

Complicated question when you understand it:

Easiest rule of thumb: always eq the low end more than you think you need to. You want a flat mix.

-Everyone loves bass that fills the room, but If you pay attention and load up your favorite tracks into FL studio and pull up an EQ, you'll see there actually isn't much bass. (0-60ish Hz).

-if you need to,try boosting bass around 130ishHz to get a more prominent sound, without drowning the room in bass, creating a muddy mix. I usually lower bands 1 and 2 this way first! 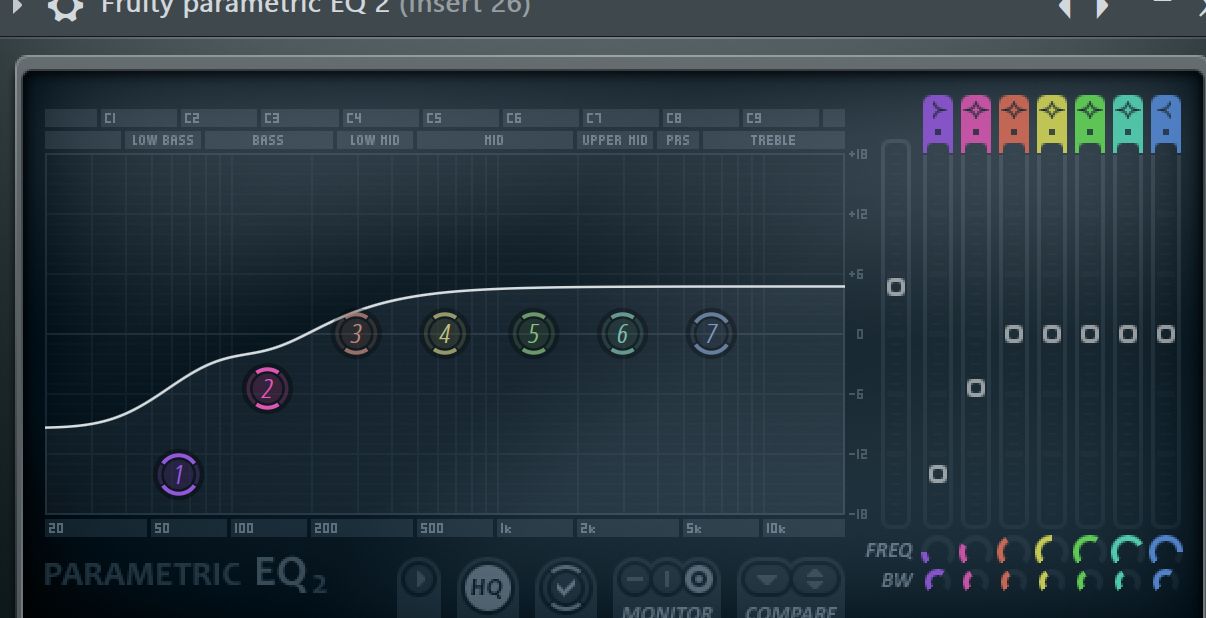 Not the answer you're looking for? Browse other questions tagged mixing audio speakers bass earbuds or ask your own question.

5
If hi-fi speakers color sound and studio speakers are flat, why don't we mix to get the sound of the hi-fi speakers on neutral speakers?
6
How to eliminate guitar amp hum (software and hardware amps)
5
Fix for terrible "Hard Drive Noise" Audio Interference?
1
Audio interface monitoring with 3.5mm cable and computer speakers
0
What is the relation between high pass (low cut) filters and headroom?
2
What makes low quality speakers become distorted when at high volume?
0
Do some dedicated sound cards have a "stronger" line-out signal than on-board chips?
1
Do mobile phones etc. convert stereo music to binaural for earbud listening?