So firstly I live on an Island, I get my supplies from e-bay, and it takes a month or more to get it here. So I'm not looking for a "go buy one" answer.

What I want to do is make a violin bridge pickup using multiple Piezo elements. It is inspired by a drawing I found, probably of a Barbera. 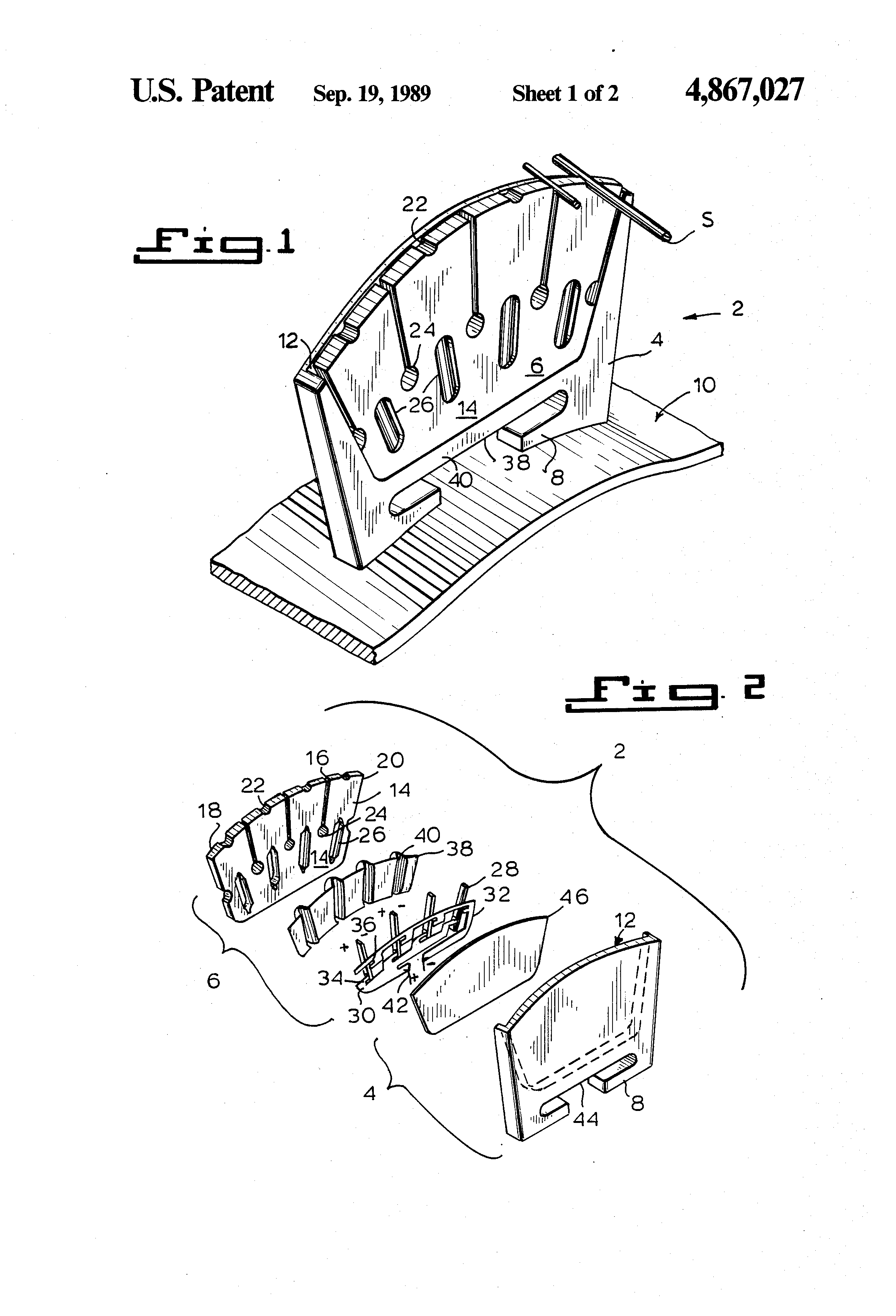 it looks to me like their are 4 Piezos wired in series.

2.) Are Piezos directional? it looks like they are perpendicular to the face of the bridge; does it matter? It would be much easer to glue them parallel to the bridge.

this was my first prototype: 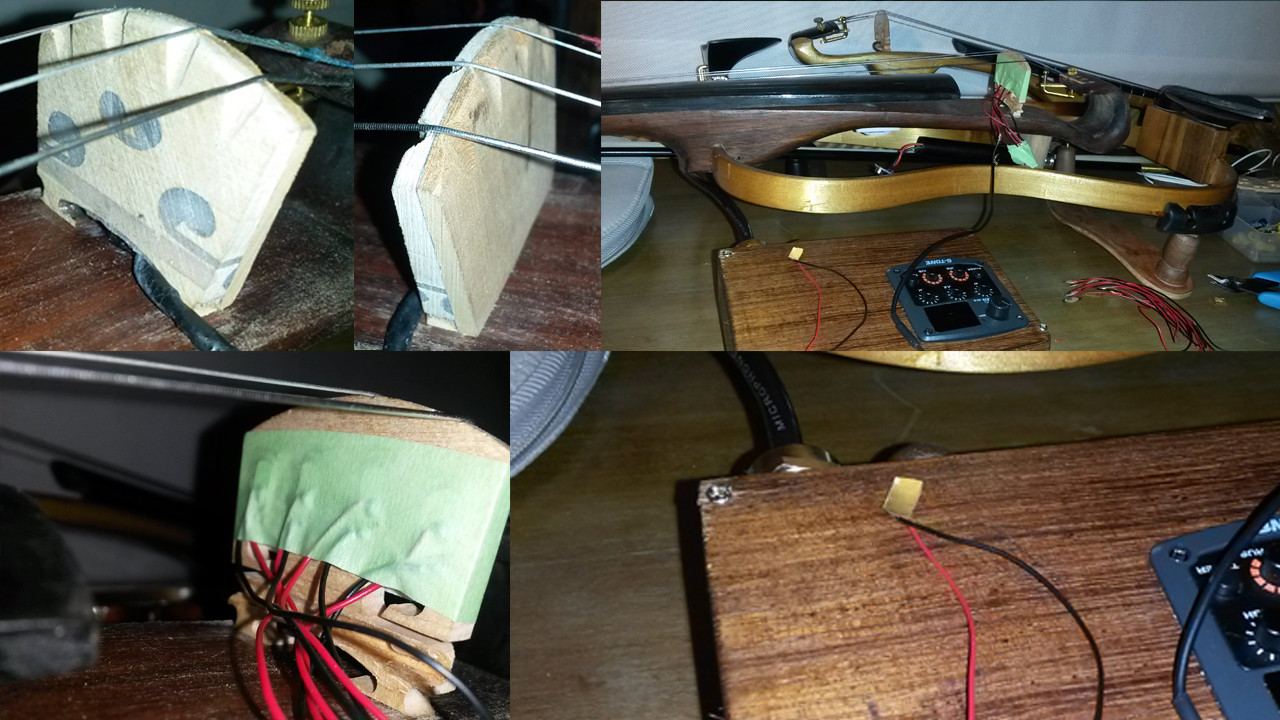 I cut the discs into rectangles; first I stuck them to a bridge to prove the concept, then cleaned up the long cables, and glued them to a bridge and sandwiched them between a thin peace of wood (with a cavity for the solder bumps).

It sounded good, but very hot (loud) I guess because they are in series the voltage (signal) increases for every one added?

3.) I also had a wicked hum! Obviously a shielding problem, any suggestions?

4.) last question: I have heard that having reversed polarity is a "good thing" what is that all about? I think that the new generation of Barbera bridges have 8 elements, one on each side of the string, and their polarity is opposite. This is just a guess..... anyone have anything productive to say about that?

Thanks for your time, excited to start on version 2.0

3.hum can be dealt with by twisting/braiding your wires... i see they are exposed so twist them and wrap them in tin foil(this rejects lots of emf). flourescent lights will also produce hum, maybe use an incandescent lamp while recording.

Lovely work, so far. I've been working on piezo electric violins as a gigging player and engineer for thirty years and have picked up some tricks.

You have quite a few questions there (and we really expect just one in a post) - but in reality they come down to two:

As these are piezo pickups, you want to cut out all EMF if possible, which is why the Barebera pickups have 2 opposed pickups for each string. 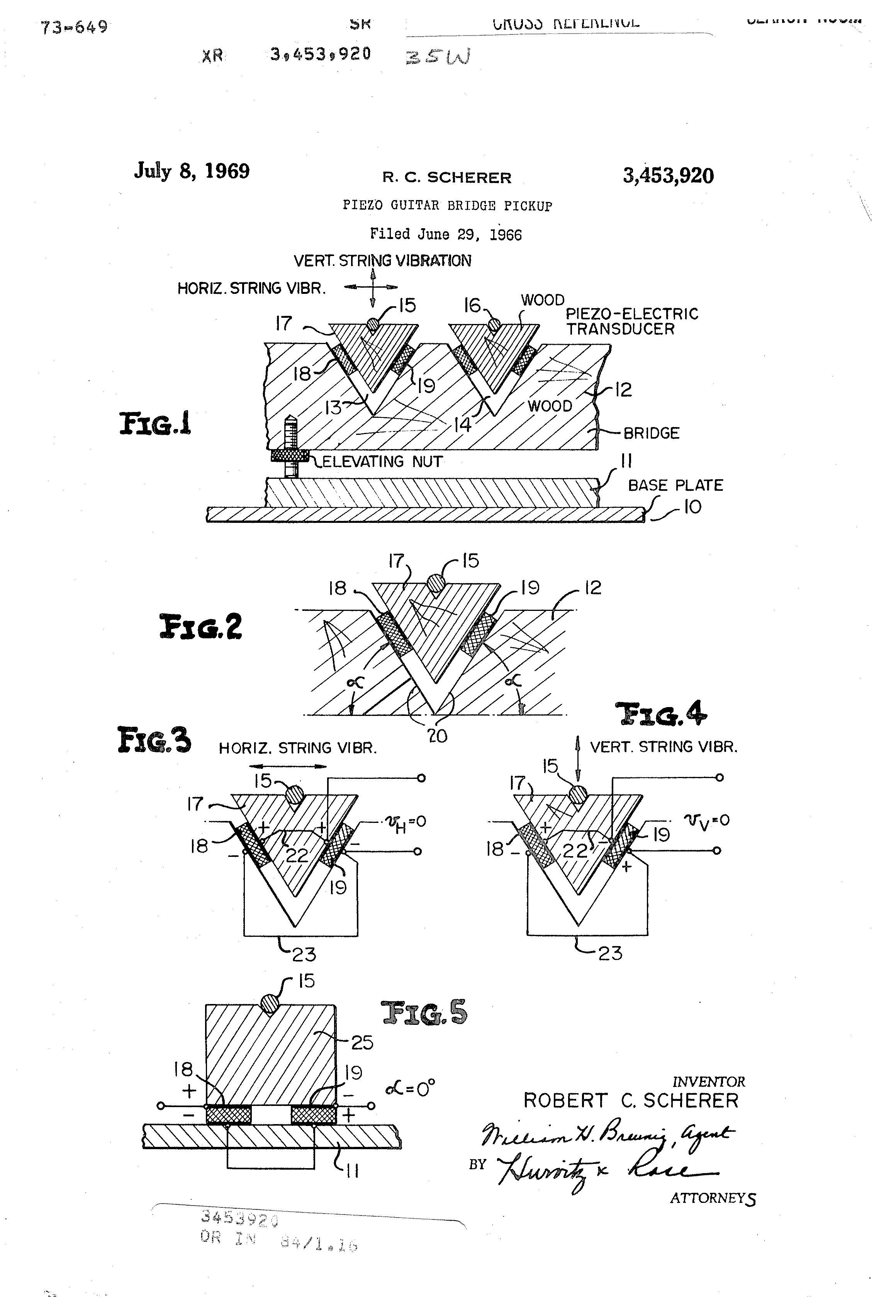 Not the answer you're looking for? Browse other questions tagged pickup or ask your own question.

3
How to record the sound of an acoustic guitar with a magnetic pickup?
12
What's the point of putting electronics inside a guitar instead of just outputting the raw pickup signal?
2
Resonator guitar pickup
3
Acoustic pickup solution to *only* pick up percussive sounds?