The noise comes and goes and is not affected by the instrument being played (it’s there just as it’s plugged in) and sounds similar to what would indicate a grounding issue (just louder), and if I touch the metal part of the instrument cable, it goes away. However through the headphones the noise almost sounds digital, if that makes sense. I’ve tried another electric guitar and a bass guitar through this set-up and there were no issues.

I’ve tried opening the pre-amp and blasting with compressed air (also compressed air on the Saffire interface’s knobs), dusting/the guitar and its input, replacing the 9-volt battery from the guitar’s EQ, using different cables, plugging the guitar into the pre-amp directly via the 1/4” cable AND with a balanced XLR (via a DI box), and I’ve also tried plugging the pre-amp into a different wall outlet (albeit the same wall outlet the power strip it was previously plugged into is using). I haven't tried changing the tube in the pre-amp because it's not been heavily used, and again, doesn't do this with any other instrument.

I’ve even unplugged the air conditioner (from an outlet on another wall), turned off lamps and fans, etc. And yes, I rebooted the computer/re-powered the interface, first thing.

I last recorded this acoustic guitar with this same set-up about 2 weeks ago with no issues, but I’m thinking this must be specific to the combination of this guitar and this recording setup.

Can anyone shed some light on what might be going on here?

If it stops when you ground yourself to the cable shield, then why not just tie a wire from there to your wrist. You could even use a computer grounding wrist band. I used to use solder wire, as it doesn't have a tendency to rattle against the instrument, you can bend it out of the way & it tends to stay where it's put. 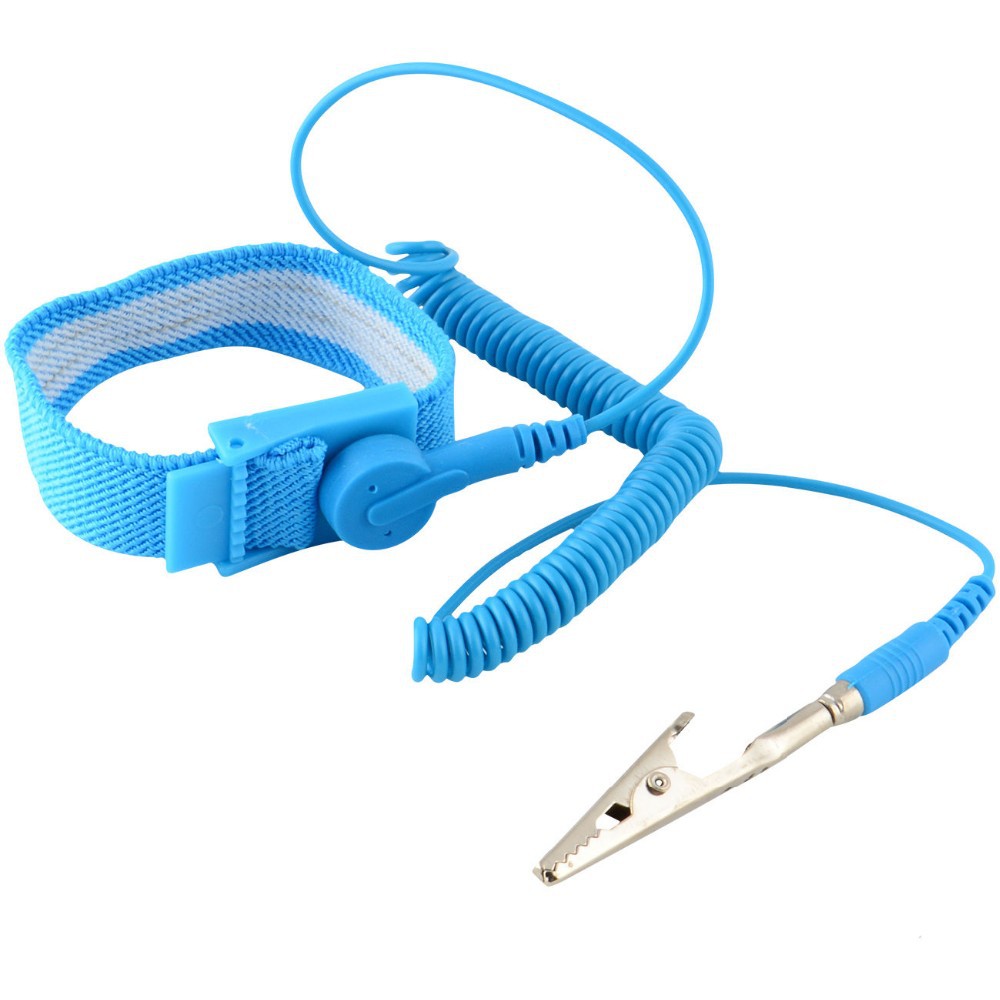 For safety, make sure anything you subsequently touch isn't going to fire you backwards across the room. Licking the back of your fingers & touching your potential 'enemy' is the on-the-fly way to test for that - not, for instance, grabbing the mic with both hands.

If the recording device is a non-earthed, double insulated device that will provide ample opportunity for a floating voltage. (Read a million ill-conceived reports &/or 'fixes' for 'my computer tingles' on the web.)

Not the answer you're looking for? Browse other questions tagged audio-recording noise audio-interfaces grounding or ask your own question.

5
Acoustic Violin Pickup : Fishman V-200 - possible setups
6
How to eliminate guitar amp hum (software and hardware amps)
5
Fix for terrible "Hard Drive Noise" Audio Interference?
0
Intermittent noise from Audio interface
1
How does direct monitoring work with a directly plugged in guitar in the Scarlett Solo?
0
Converting DI signal to analog to record from an amp
0
Speaker Noise with PC but not with Laptop
1
What is causing the 5.5 kHz noise in my recording setup
1
Guitar gain and noise setup for amp sim