How does a cardboard paper towel roll amplify the sound?

My daughter and I did a project and made this:

We hypothesized that the sound was "amplified" because it directed the sound toward the front. We tested this by turning around the "speaker" and we found that indeed it was louder in front, but it was also louder in back than when the iphone is out of the speaker.

We then hypothesized it had something to do with the sound vibrations in the cardboard, but when holding the iphone speaker to the cardboard directly (without putting it into the "speaker", it didn't make any difference.

Can someone explain why this appears to "amplify" the sound, and what effects we are experiencing with this?

Quite an interesting project indeed.

The paper towel roll and cups are are working as an acoustic megaphone, also called (in ancient times) speaking trumpet. 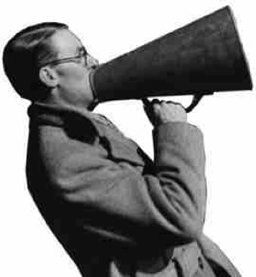 Directional focus of the radiating sound waves is part of the way the megaphone works, but that's not all, as, as you have noticed, there is also amplification in other directions, not just the front of the cone (and the other project without paper cups also works to some extent).

By adding mass to the vibrating body that's producing the sound, the megaphone approaches more closely the acoustic impedance of air, and thus the energy produced by the emitting device (the vocal chords in the case of a speaking trumpet, or the iphone speaker in the case of your daughter's project) is transmitted more efficiently to the air.

Note that yes, the megaphone device must vibrate for this to work, but the vibration is transmitted by the air vibrating inside the tube (much like the the vibration of air inside a brass instrument), not by direct contact between the speaker and the tube. The same principle was at work too in the primitive gramophones or phonographs. The stylus induced vibration to a diaphragm which produced faintly audible sound; it was this sound that was amplified by the characteristic horn. 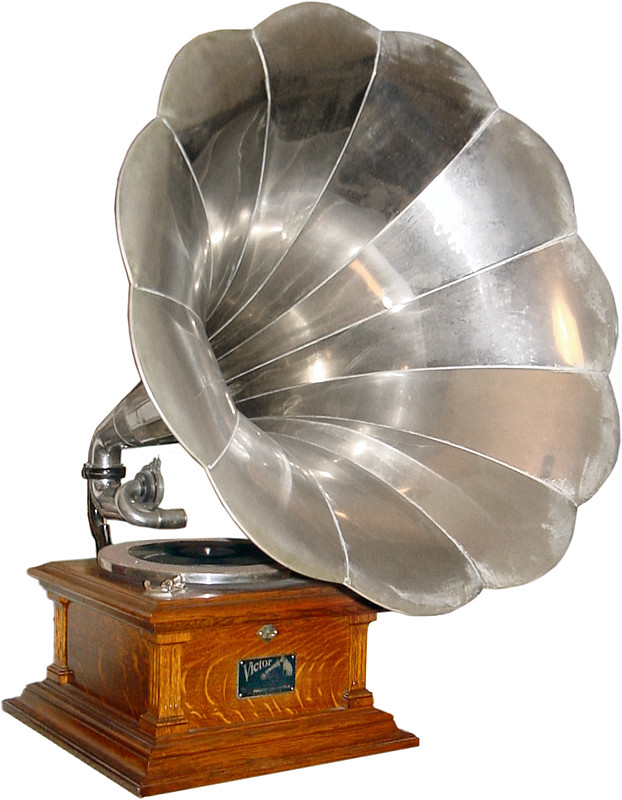 I think that in the case of your project the paper roll provides the vibrating mass and the plastic cups some directional focus, as their mass is very little and the way they are tied to the roll is anyway very loose to receive vibration from the roll.

Pitch content that roughly matches the resonance tendencies of the shape will also get a boost relative to the other frequency content. The resonance frequencies of the tube are probably very limited, hence the sound will continue to be unbalanced in terms of EQ. The flare of the old phonographs have a wider range of resonant frequencies.

The vibrations of the cardboard itself are probably represent a loss of energy at the tube openings. If the tube were metal there would be more energy flaring from the openings relative to the weaker, more flexible cardboard. I doubt the tube material itself functions like a violin body, or at least, if it does, it is no where near as efficient as a violin body.

Not the answer you're looking for? Browse other questions tagged sound-design acoustics diy waves project or ask your own question.

3
How good is your knowledge of acoustics, and how does this affect your sound design?
32
How to deal with the difference in sound when the audience comes in
3
How does our brain detect the direction of sound?
2
Does the shape of an acoustic/vocal booth matter for maximum isolation?
3
What is the best shape for passive sound amplification
1
How do sound waves work that make certain intervals sound good?
0
How does “transcribe!” or guitar tuner work?
3
Does ayasugi bori affect the sound in a musical instrument ? if so, how?
2
Effect of sound waves striking an object