I am looking into producing and hosting podcasts with two people.

I need a portable recording system with a reasonable price and some quality (not much).

Could you use your Android phone to record from two mono microphones at the same time? For example, if I bought a stereo 3.5 mm audio jack to mini usb, then plugged a y-adapter to the 3.5 mm and then a mono microphone to each of the 3.5 mm jacks from the y-adapter.

Would this provide me with two audio tracks that I could edit in post to get the audio levels right? Would the sound quality be absolutely terrible even for a beginner?

I'd say that unless you're willing to spend a few hundred euros and record with a computer, you're better off recording in mono directly with phone's mic, or at least connecting a single external mic if you want to improve sound quality (not worth it unless you invest in a reasonably good mic).

BTW, I'm not sure what you mean by "mini usb to 3.5mm stereo". If that would be some kind of USB audio adapter, and you decide to go that route, check that your phone has both USB host capability AND audio support through USB. Just the fact that it has a micro-USB port doesn't mean it has support for these functions.

There are many solutions to recording stereo (or "dual mono" if you wish) through the USB port into a phone or tablet or computer. You did not state a budget, but this looks pretty good to me.... 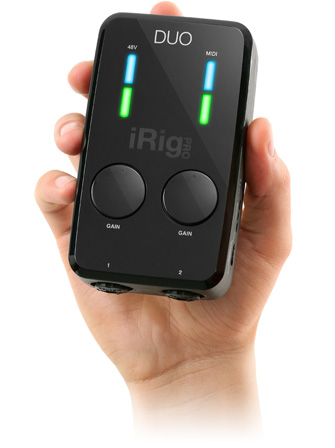 4
Equipment: new interface necessary or not? (Using Mackie 402-VLZ3 with 2010 iMac)
4
Need a good mic for screencasts. Are USB headsets less likely to pick up computer line noise, and are wireless ones even more so?
1
Can I record in stereo using Scarlett 2i2 and Audition?
0
Recording stereo audio on an iPhone using an adapter
0
Combine 2 USB mono mic audio inputs into L + R of stereo virtual device
1
What joint stereo bitrate is equivalent to 64k mono?
0
Connecting two lavaliers to DR-40X as stereo audio
1
Acoustic guitar with 2 pickups, but no internal mixer: what to do to make it mono?
0
Do USB audio adapters supply bias voltage for lavalier condenser mics, and is TRS better than TRRS?