I'm looking for a simple, compact, high quality but reasonably priced 2-channel microphone preamplifier. I will use the preamp with a stereo microphone with two phono connectors so the inputs need to be unbalanced - or can I use phono to XLR adapters? The output from the preamp will go into the left/right RCA input of a Behringer UCA202 USB sound card. The M-Audio Audio Buddy have the right feature set but it seems to be discontinued. Any suggestions would be greatly appreciated.

Edit 2016-05-04: After having searched the Internet for some time I find it rather strange that there are no real budget options. I'm a bit suspicious about high-price components that does a seemingly simple thing. What make mic preamps so expensive?

Most of the popular-priced two channel mic preamps as you are asking about include USB audio interfaces built-in. So keeping your UCA-202 while finding a low-price standalone dual mic pre severely limits your choices nearly to zero. 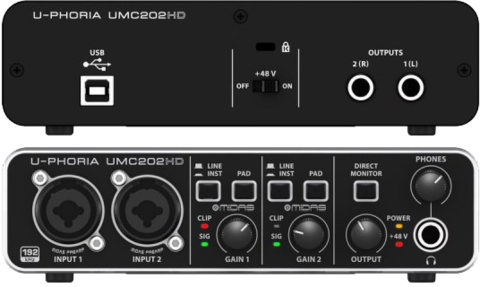 I suggest considering the wide range of small mixing consoles that Behringer make. The one I've been using for the last 10 years or so doesn't appear to be on the market now, but this one looks similar. They make smaller and cheaper ones than that too, and all appear to include mic preamps that should be of the appropriate standard. I've been very happy with mine.

Although more expensive than the M-Audio Audio buddy, the FMR Audio RNP8380 has the functionality I need.

Not the answer you're looking for? Browse other questions tagged microphone stereo preamp or ask your own question.