How is the following lead achieved and how might I recreate something like it in Logic Pro X?

Hey so I recreated this with my prophet but sure you could get the same sound in another place:

So I used two triangle waves, detuned slightly, one an octave higher than the other. 12db low pass filter that is at about 10percent which opens up with envelope filter to about 75-80%. Resonance at about 25-30% Sync the wave

Reverb with maybe a second of a tail, very slight predelay, 15 seconds. A Plate or Hall reverb should be nice here.

Included is an image of the patch on the prophet for further detail. Can play around with some high pass to cut out some lows. Hope that helped. 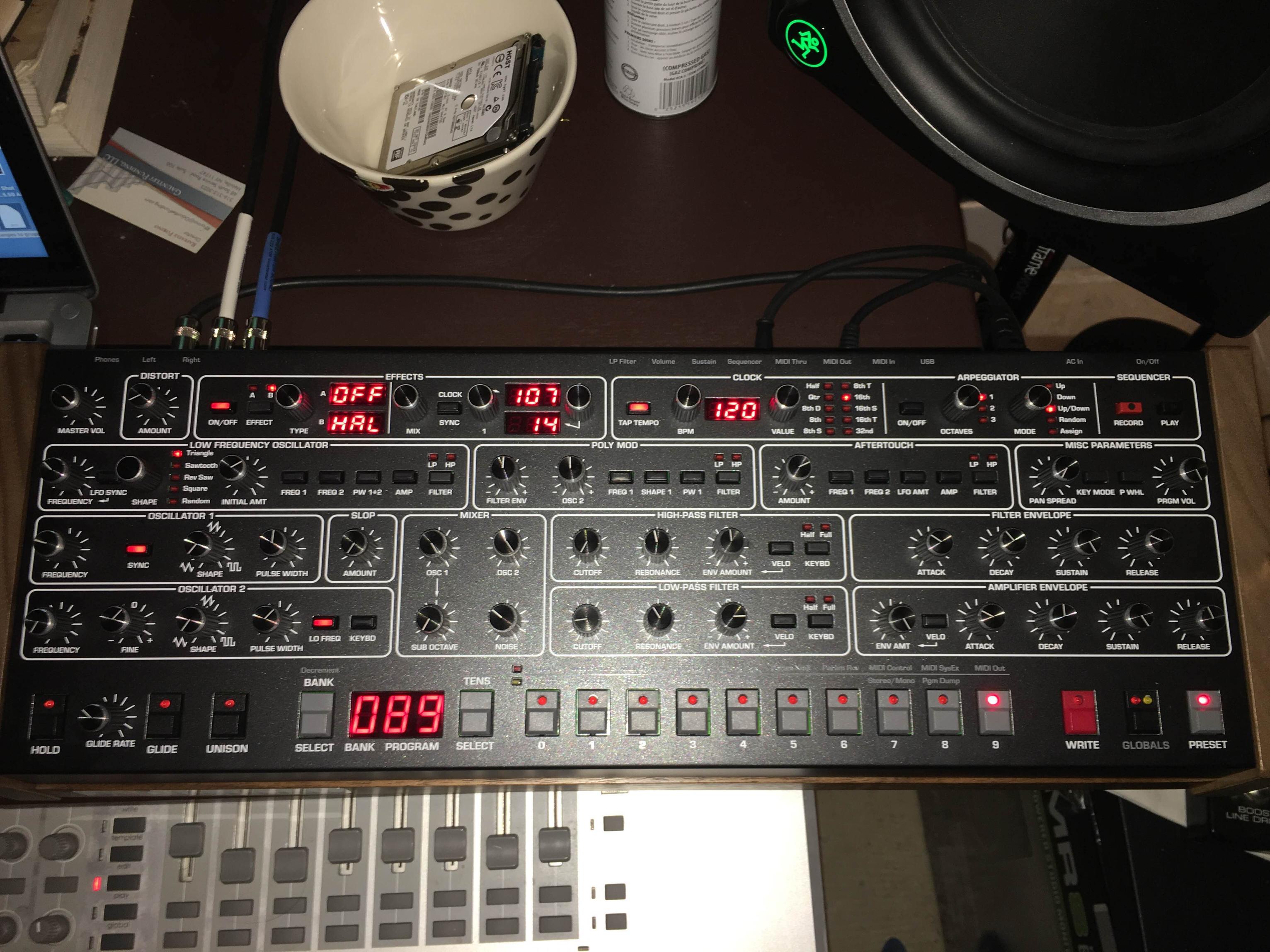 Not the answer you're looking for? Browse other questions tagged synthesizer or ask your own question.

2
What instruments are these?
1
How to produce this lead electro house synth?
2
How to make a lead similar to a circular saw
1
Slot Machine Synth Tone
1
How to make this guitar lead sound from Megaman X (Super Nintendo)?
1
How to make this lead!
0
Sync Korg SQ-1 with DAW (Logic)
1
Using Ableton, how can I replicate the synth used in this song?