N.B. - I am using the speakers as part of a PA system to amplify vocal (XLR) microphones which are connected to a mixer before the mixer is connected to the amplifier. 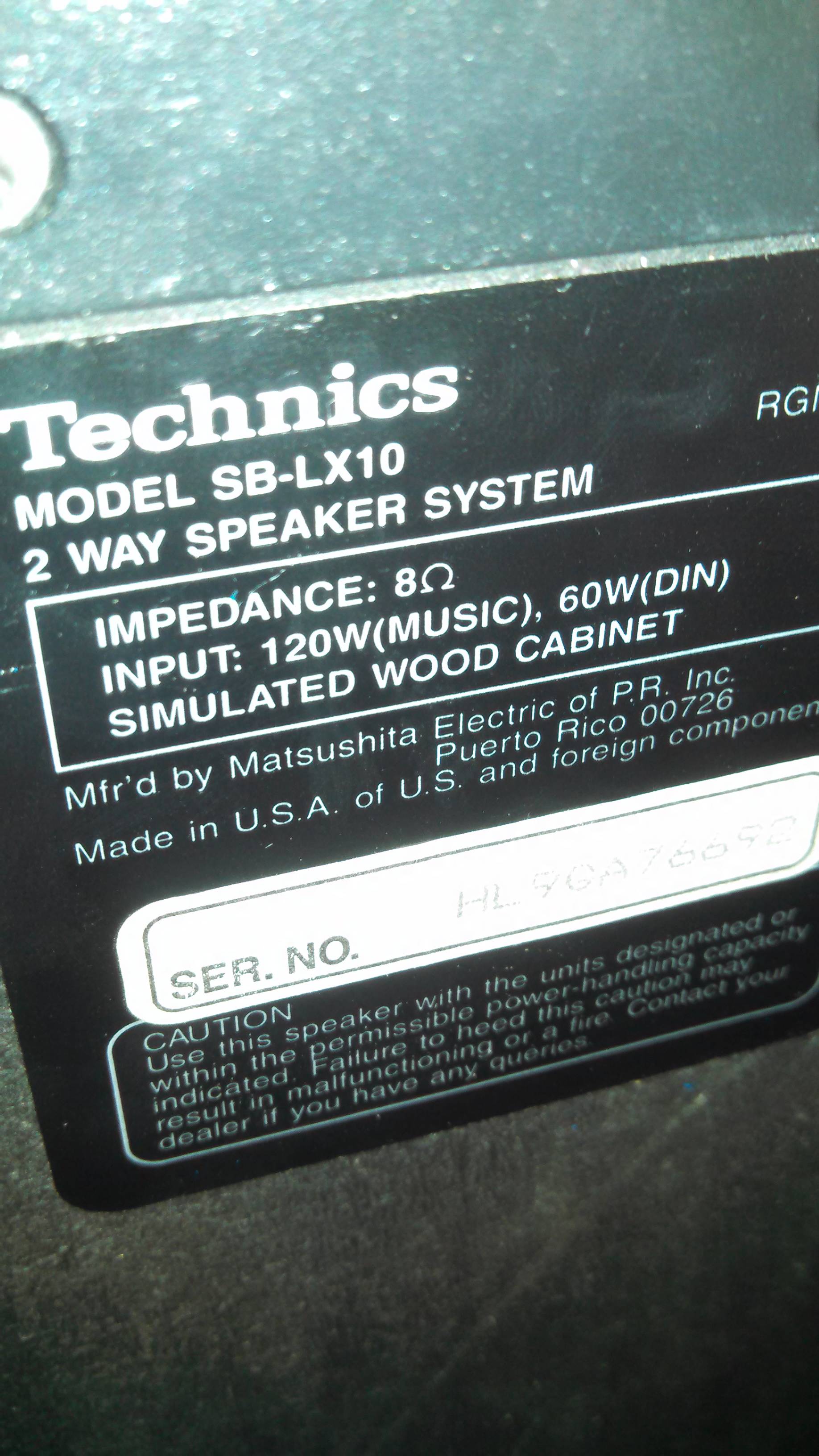 "Music" power is a rating that has its closest analogs in "RMS" power or "continuous" power handling. That means it is a long-term rating based on the speaker's capability to dissipate heat that is the byproduct of the conversion of electrical power to acoustic power. This rating means that you should be able to feed this speaker up to about 120 Watts of a musical signal for a long period of time without overheating and damaging the speaker, but it is not a guarantee of that. One thing that will throw your "music" power rating out the window is feeding the speaker a distorted signal, since distortion causes more heating of the coil(s) (or passive electronics) for the same power level.

Normally the "peak" power is also a concern. A peak power rating is based on the maximum short-term power that the speaker can withstand without over-excursion of the cone(s) causing damage. Your enclosure seems to be without a peak power rating.

The DIN power specification was created by Deutsches Institut für Normung, also famous for specifying the 5-pin connectors used for MIDI cables (among other things. Several people online say the DIN power amount is not a "rating", it's a "specification". I'm not sure exactly what that means but I think what it means is that the speaker complies with the 60W specification, but if it were rated with some system it could possibly handle more or less power than another speaker that complies with the 60W DIN spec. So it gives you more of a ballpark.

The DIN 45000 defines different methods to measure power, depending on the device under test. Power measurement of an amplifier requires that it is properly terminated by Ohmic resistances of nominal value both at input and output. The continuous power is measured when the amplifer is supplied by its normal power supply. It must then be able to deliver the rated power at 1 kHz for at least 10 minutes while the maximum THD does not exceed 1 %.

That makes me think this speaker can handle 60 Watts of a 1 kHz tone with no more than 1% THD for at least 10 minutes.

If I were driving this speaker, I'd want to have an amp that is rated for 250 - 300 Watts of output. A decent guess for the peak handling of an enclosure is about double the rated continuous power handling (that's a very rough estimate). You might think that a 150 Watt amp would be safer, but actually it's usually worse. A 150 Watt amp will start to distort at lower signal levels leading to excessive heating of the enclosure for the same final volume level.

This is a very low-power speaker enclosure for rock music. If you are looking to amplify vocals to be heard over a loud rock drummer, you might not be able to do it with this enclosure. (It also depends on the sensitivity of the speaker and other factors)

What it really means is that the speaker can handle peaks (of Music Power) of up to 250 watts.I think the 60 watt rating is actually 60 watts RMS. RMS is what amps and speakers were rated at before the marketing people came up with "peak music power" which has gotten shortened to "peak power" and "music power".These speakers they will handle an amplifier that provides an output of up to 60 watts RMS (with peaks of up to 250 watts).These home stereo speakers will not be able to handle the sort of power normally associated with PA systems. Hope that helped.

Not the answer you're looking for? Browse other questions tagged speakers amplifier or ask your own question.

2
Using Home System for PA Duties
8
Inches vs Watts on speakers, what does it mean? What is the difference?
5
If I want to use a microphone with a portable mini amp, will a preamp/mixer significantly improve the sound quality? This is for small live gigs
2
How to fix loud thunderous noise from Peavey PA system?
3
Loud hiss coming from speakers when on line input