What is your favorite type of microphone cable?

What is your favorite type, and why?

I shot out a few kinds and I found Monster Cable to be the best overall for my purposes of recording voice and vocals.

Has anyone found anything better? What type of cables do you use for recording?

Thanks in advance, as always! All of your experience is always greatly appreciated!

If your Monster Cable changes the actual sound of the recording, I'd throw it away or demand a new one. It's copper, nothing else. Nothing about it should (or could really) change the sound. The point of a cable is to just get from point A to point B without coloring the sound. If your cable is coloring the sound, you're in trouble. If your cable can color the sound, then the longer the cable, the more it would color, and all sorts of problems would occur at longer cable runs.

If you do a true, 100% honest blind test, I guarantee you won't be able to tell the difference between a Monster and something like a Whirlwind or other cheaper brand. IMO, the only reason to buy Monster is because of the warrantee (which is amazing). For the price, though, you could get a much better construction on a cable - something like Mogami or Canari.

The stuff Monster puts on their packaging might be true in a lab with an oscilloscope, but nothing that the human ear can discern. If you can discern it, you are suffering the same problem that occurs when you turn an eq, hear a difference, then later come to find out the eq was never inline in the first place. Your brain wants to hear a difference, so it makes you hear one.

Same thing goes for those $300 IEC cables and such. It's power. As long as you're plugged into a conditioner, it's not going to change the sound of your gear.

So, in short, the thing you want in a cable is good construction and good noise reduction. In general, the quad-star type cables are the best at noise reduction, so I'd go with that. Mid-level Mogami or Canari does just fine. And, if you buy it bulk and solder it yourself, you can get a lot of it for cheap. Monster is fine too, just don't buy the holy-crap expensive stuff. Isn't worth it.

Check this out too. Not studio audio, but Audiophile level, but the same idea: Monster A/B

In case money is no issue and you just want to have the coolest out there (regardless of an increase in function or not), here's some gear pr0n for you to look at: 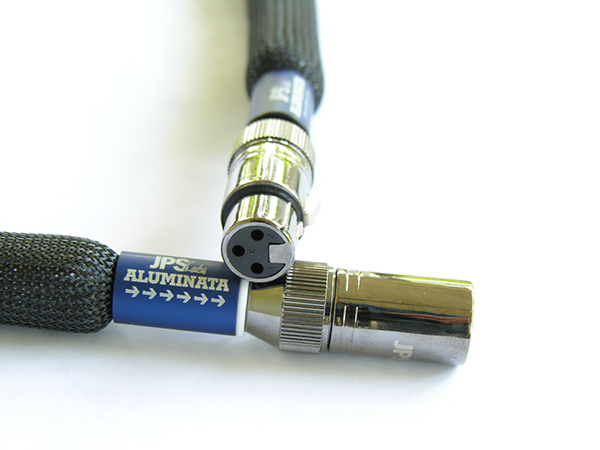 My favorite type of mic cables are the ones that work! I especially like them if they work even after they've been dragged through the mud, gaffer taped to cars, baked in the sun etc.... No matter how good the sales pitch is or whether they sound 0.0001% better when plugged into a preamp with wooden knobs, if a cable fails it fails 100% and there may never be a take 2, ever.

Years ago, I worked at Guitar Center. Monster Cable was the best at one thing; making us more money than any other cable. The Monster Cable reps were like used carsalesmen, management pushed us to sell that stuff as much as possible. It was the only thing in the store sold at full retail price. Not even the store manager could sell it for less. The markup was insane.

While many swear by Mogami - I have a few for long runs - most of mine are Canare starquads, and all of them use neutrik connectors, and like Chuck, I've got a few Whirlwinds for special uses (like one-footers for runs from bag wireless units). Nary a problem, but I've got a dozen years' worth of cable purchases that are weak, broken, frayed, noisy, poorly-shielded, verbally abusive, and generally crapulent. Once I discovered Canare and Mogami, no looking back, and no problems unless I do something really stupid.

I can't hear any difference between the good brands I just mentioned.

If you want good quality, make your own cables. You have full control over how it is shielded and terminated. Like NoiseJockey, I almost always use Caranre starquad cable - I have a reel of 1000 feet that I use as my starter cable. From there, I depends on the application for the connector - I generally use Neutric connectors, XX series. If you're not comfortable with soldering, they have a Crimp Series XX. If you're want pretty cables, you can use the CrystalICON Series that are studded with Swarovski crystals. I wish that was a joke.

There are lots of claims that go around involving the noticeable quality of sound with different connectors, low oxygen copper, etc. The only thing that should be noticeable is any interference, in which case you need to look at your grounding practices.

My favorite kind is the one that reaches sufficiently from point A to point B and all the pins on one end are the same as the other.

Professionals for the most part use Canare with Neutrik ends. The cable should not make any difference in the sound, but the build quality is important especially for film sound folks like me. Your brain might trick you into thinking that cables sound different, but through years of treating cables like the commodity they are I've never paid them much mind. The thing has to work, and if it doesn't you should have a backup ready to fly in. Also as an older mixer than myself once said "if something is wrong you will know it." If you're running such long lengths of cable you might want to look into remote preamps, or placing the preamps closer to the source and running a line level the rest of the way. That would make much more of a difference. Frankly if shielding wasn't an issue I'm sure lamp cord would do the trick just fine.

MIT makes great XLRs and interconnects. But for 100' runs... ayeee... would be way to pricey.

Good cables are the ones that don't fail, don't get curled and are nice to handle without making you all dirty. Testing with very long cables on a cable drum or coiled up could possibly be a problem as inductance might be caused.

Otherwise I trust Paul Frindle, SSL analog console designer (E,G types), Sony Oxford designer, Sonnox plugins original designer. I'll find his quote later but essentially a wire is a wire, even with extremely long runs nothing but interference (depends on shielding and cable run design) and a VERY slight HF rolloff can occur. the cable lengths to make that HF roll off to be of importance is almost rediculous.

Can't go wrong with the monster gold-tips. They're shielded better to reduce any noise. All around a good buy.

Different cables definitely can sound different. Anybody who says otherwise simply doesn't know what they are talking about. All you have to do is listen to a good stereo and try a few different brands connecting the CD player to the amp. The differences are obvious. The people who say "it's just copper" simply haven't sat down and tested it out. I'm not saying it makes perfect sense, I'm just saying, it's true. Good luck with your search. I'm searching for the best sounding mic cable right now myself.

The answer from Steve Urban is spot on! If the signal can go from the source and into my console with the levels I expect, and the resulting sound is okay the cable is good enough. This has been my experience from live settings for the past 20 years or so.

Whenever I need new cables I want Neutrik plugs, but don't really care about the cable. I'll go for whatever is black, available and with the correct number of conductors.

this is silly. More air mattress wind Ryan, that was awesome!

I started using Pro Co Ameriquad cable for mic for karaoke singing...I found the difference in the cable I used earlier ones and this one..The difference is clarity, no noise, and excellent and clear sound...I dont have any problem with this..company says ' use or abuse' we will exchange free...I saw a price of $26.75 for 10 foot cable and was browsing for lower price...Zzsounds.com had it for same price $26.75.. when I wanted to place order next day on Amazon.com, I saw the price at $44.95, when went back to Zzsounds.com saw the same $26.75 still on...instead of a patch cord, I ordered 2 of this 10 foot for mic to pre-amp and pre-amp to sound mixer. I do find a quality difference! Instead of going for 3 or 4 times cheaper ones, lets go for 1 cable which would serve us long time..

We buy Mogami cable and Neutrik connectors in bulk and roll our own mic/line/instrument cables for our studio. We've also done some blind shootouts, and can assure you that different brands of cable absolutely do sound different from each other. I use the word "different" because "better" is subjective. That said, in our tests we all chose Mogami hands down over ProCo and Whirlwind. We felt that the Mogami cable offered less comb filtering in the high frequencies (some may describe this as being "smoother" in the highs) and extended, even low frequency response on kick and bass.

Not the answer you're looking for? Browse other questions tagged cable microphone recording best monster or ask your own question.

2
Favorite bracket for your favorite mics
10
Your most interesting recording of 2010
1
Insect monster/creature type sounds
10
What should I look for in microphones for home audio monitoring "nanny audio cam" system
4
How to choose a microphone for my requirements?
2
Blue Yeti USB microphone - frying mosquitoes noise
0
What to consider when selecting RCA-to-3.5 mm cable for recordings
2
Which type of microphone is best equipped to capture eating sounds?
3
Why does using an extension cable on my headset with a TRRS jack cause the stereo signal to leak into the microphone signal?