I'm a video editor and I was working on this little promo for work and when I listen to the promo with my editing headphones, or the computer speakers, or master control, everything sounds fine.

When I listen to it on a TV or my phone, though, a few sort of 'interview' shots sound way quieter and tinnier than everything else, and one in particular sounds really loud.

What causes this sound difference on TV's and phones while everything sounds perfect and level on my editing gear?

Phase cancellation is a common cause of confusion for many audio professionals, sometimes this is caused by a channel becoming inverted for some reason. Maybe this answer can help you, and other people reading this, to identify, or eliminate this type of phase cancellation as the cause of a problem.

I've analysed the audio from the video and have come to a conclusion:
Mike Mangas(First Guy): Second Channel is INVERTED 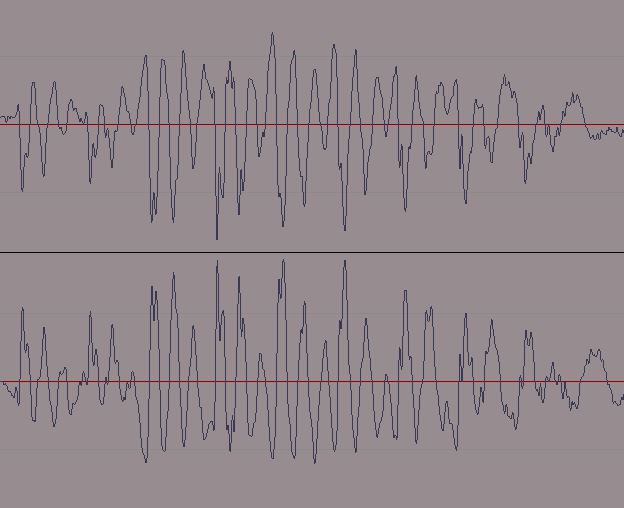 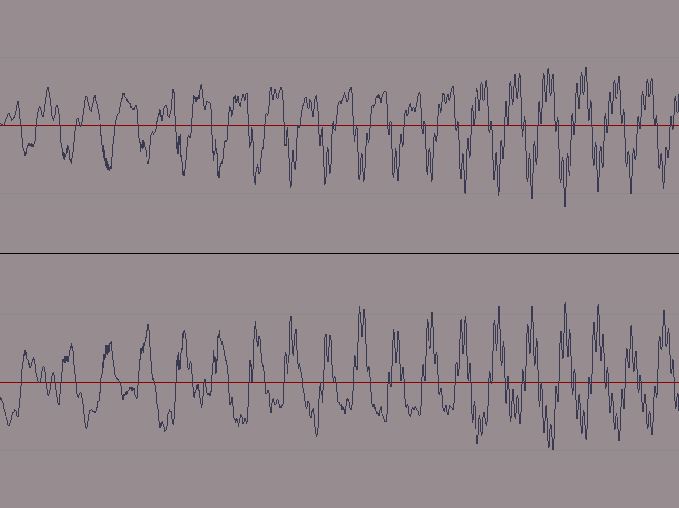 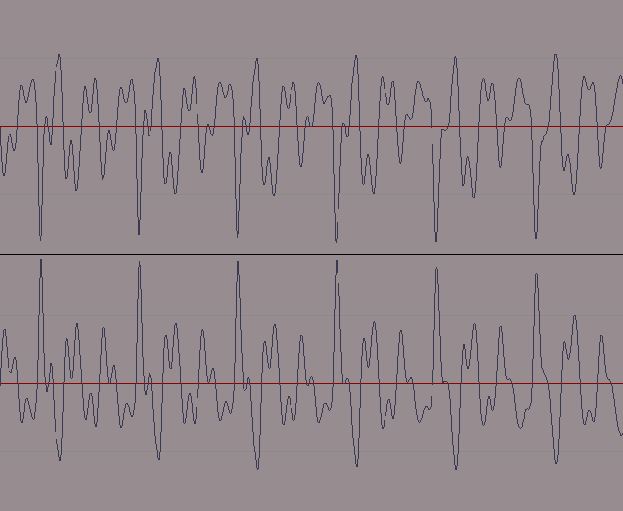 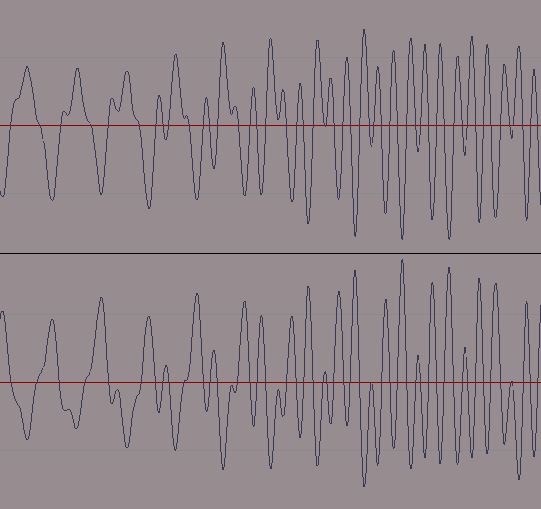 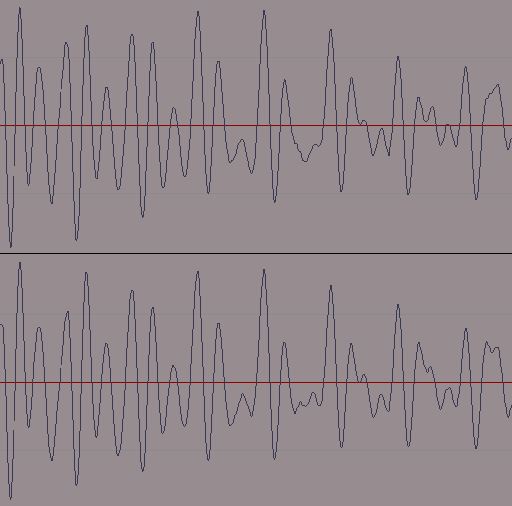 Music : Second Channel is NOT INVERTED 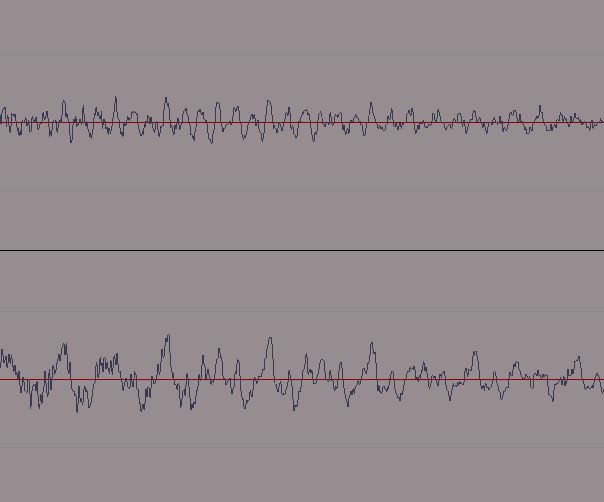 Analysis: Looking at the stereo waveform snippets, we can see that for some of them, the second channel is inverted(upside-down). So the value of any given sample on the first channel is being cancelled(ideally) by it's opposite(negative) value from the second channel. So when the two channels of the stereo signal are summed together, i.e. when played as a single(mono) signal, phase cancellation occurs, resulting in little to no signal.

How to Fix*: I have looked into the 'Fill Left'/'Fill Right' effect that you say you used, and it shouldn't invert the copied waveform. If you still have all the separate audio feeds on different tracks in a Premiere project, simply repeat the 'Fill' effect to copy the first channel to the second channel. The inverted waveform will be overwritten. Another way to do it is in Audition; Open each of the problem files, select the whole file and deselect the first channel. Then go to the effects menu and select 'Invert' this will invert the second channel, solving the problem.

*NOTE: To apply the fix correctly, you have to apply it to the dry audio, where no stereo effects have been applied.

P.S. You can actually hear the effect of opposite phases in the left and right channel with headphones on. Listen, and in the future, you should know how it sounds. It sound's like the left and right channels are 'fully separated', it feels kind of awkward. Try switching between the Evan Schreiber(Second Guy) audio, and one of the problem ones, and you should notice it.

This might be due to a phase problem, With your headphones and speakers the audio source is still really near so you fully enjoy the space emulation without loosing level. When you are far from your speakers a lots of frequencies might be cancelled and impossible for you to hear.

The 3rd voice (man) is Ok other voices have a bad phase.

Try to switch the phase of only one channel and see if it gets better. I you can't then go mono and pan (left or right).

The music is also out of phase so you should tighten the width of your music.

If you use the fill effect I guess you are using Adobe products:

Here is tutorial for Adobe Audition:

Sounds like the voices are out of phase. the music seems ok. Maybe mute one of the mic channels for each interview (if there are multiple mics)

There is an easy way to listen for out-of-phase signals on a stereo system. Put your self just in the centre of your two speakers. If the signal is mono, in phase and equally strong in both channels it should appear to com from just in between your two speakers. If the signal is out of phase it will appear to com from somwhere outside of your speakers. - I often use this easy trick to tell if someones stereo is wired correctly. If you mix up the wires of one of your speakers on your home stereo, they will be out of phase.

1
Reference Volume for Editing
5
Isolate the difference between two mostly-identical audio tracks?
9
Why does higher quality audio have lower volume?
2
H4n recorder volume problem
0
Temporary increase in signal/sound level/volume?
3
How can I eliminate sounds below a certain threshold?
3
Percent volume increase to decibels
1
How to increase mixdown volume