I'm running two midi tracks within Ableton's session view. One track is a NI Massive instrument containing the midi notes that play within the song ("LIVE KEYS BACKUP") and another is an instrument rack with the same NI Massive synth sound ("LIVE KEYS"). Is there a way to have both play at the same time, but for the midi note track to cut out if keys are pressed on a live midi keyboard? Essentially having a backup track so the part is still played even if I don't play that part on the keyboard, but with the freedom to still play it if I choose to. 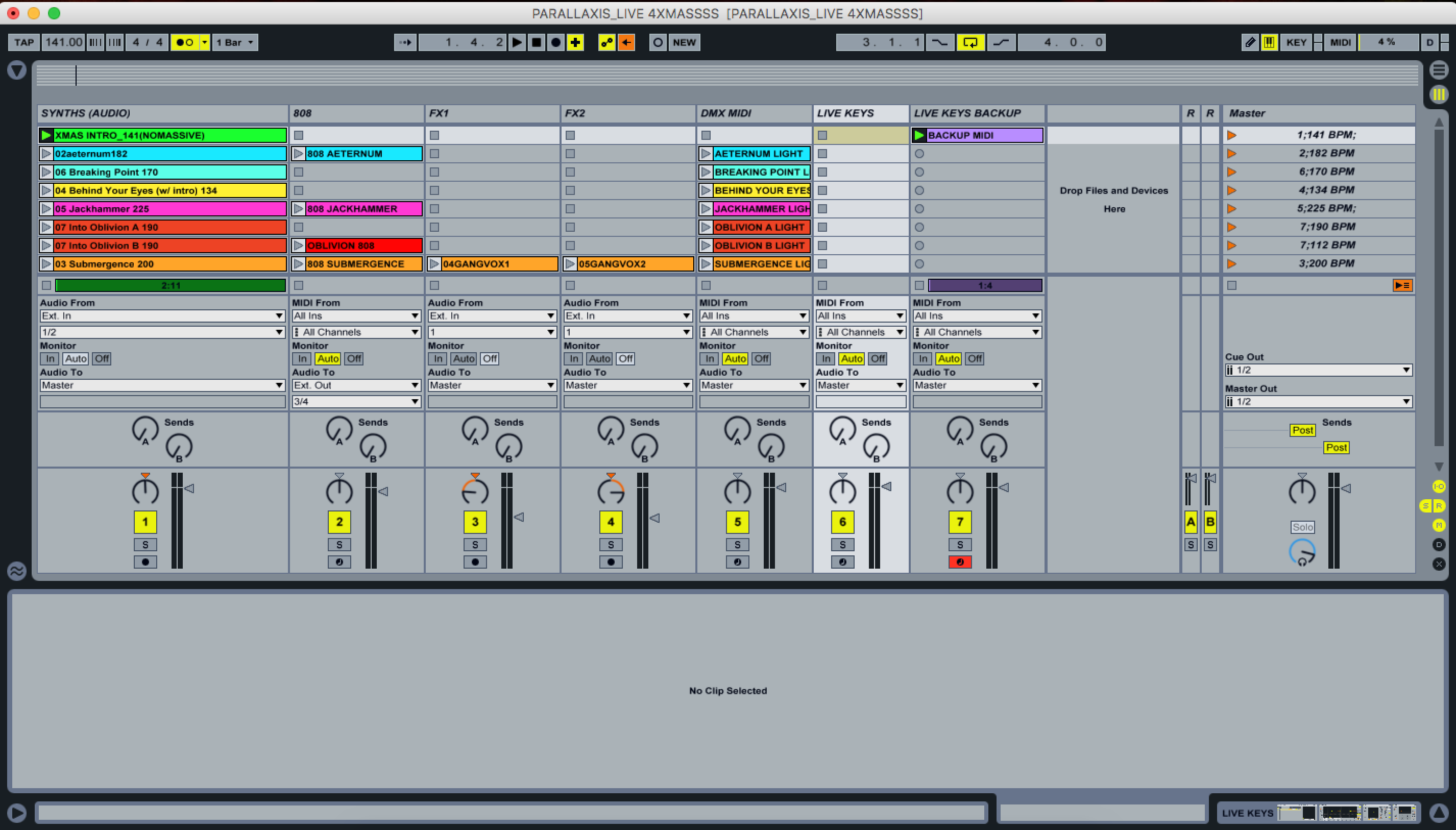 [11/11/2015] - As suggested in the comments the monitor could be switched between "In" and "Auto" to achieve this. It's possible to do this automatically on keypress of a midi note using M4L but I have no prior experience with this. Something like the suggested pseudo code below is what I'd like to achieve:

To "mute" a track when there's audio coming out of some other track, you can use sidechain compression. Here's how to do it:

You could assign one of your midi Pad/switch on your keyboard (if you have one) to the monitor section.Then switch between in(when you play) and auto(when your midi clip is playing). Set the midi signal scale of your cotroller from 0 to 64 .

This way you could avoid having two different tracks and save some CPU/Memory.

This process could be done automatically using softwares like the Lemur or even Max/MSP. In pseudo code this would look a bit like this:

if (a midi note is played)

Not the answer you're looking for? Browse other questions tagged midi ableton live keyboard max-msp or ask your own question.