I can't get my microphone to work in my mixer. It is a standard 3.5mm TRS headset microphone. I have it plugged into a 3.5mm TRS to 1/4" TRS adapter, which is plugged into a 1/4" TRS to XLR adapter. I have the 1 and 3 pins bridged on the XLR adapter because the manual says I need to do that to use unbalanced inputs.

The mic does absolutely nothing, however if I plug the SPEAKERS part of the headset in, I can hear when I tap the cups.

The microphone definitely works, what am I doing wrong??? 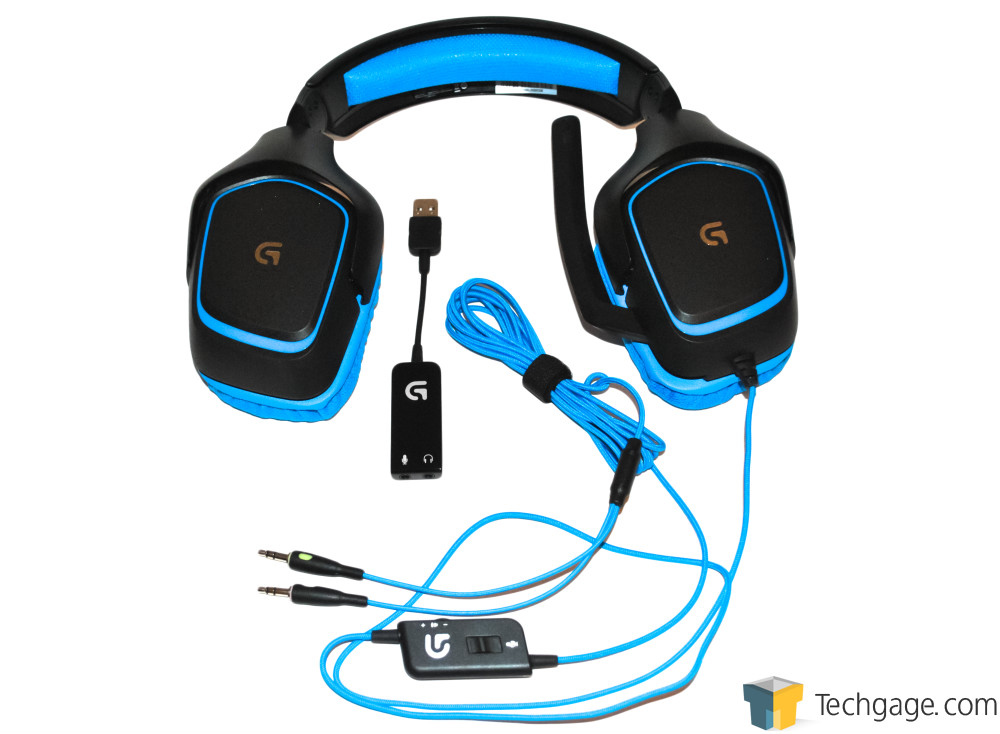 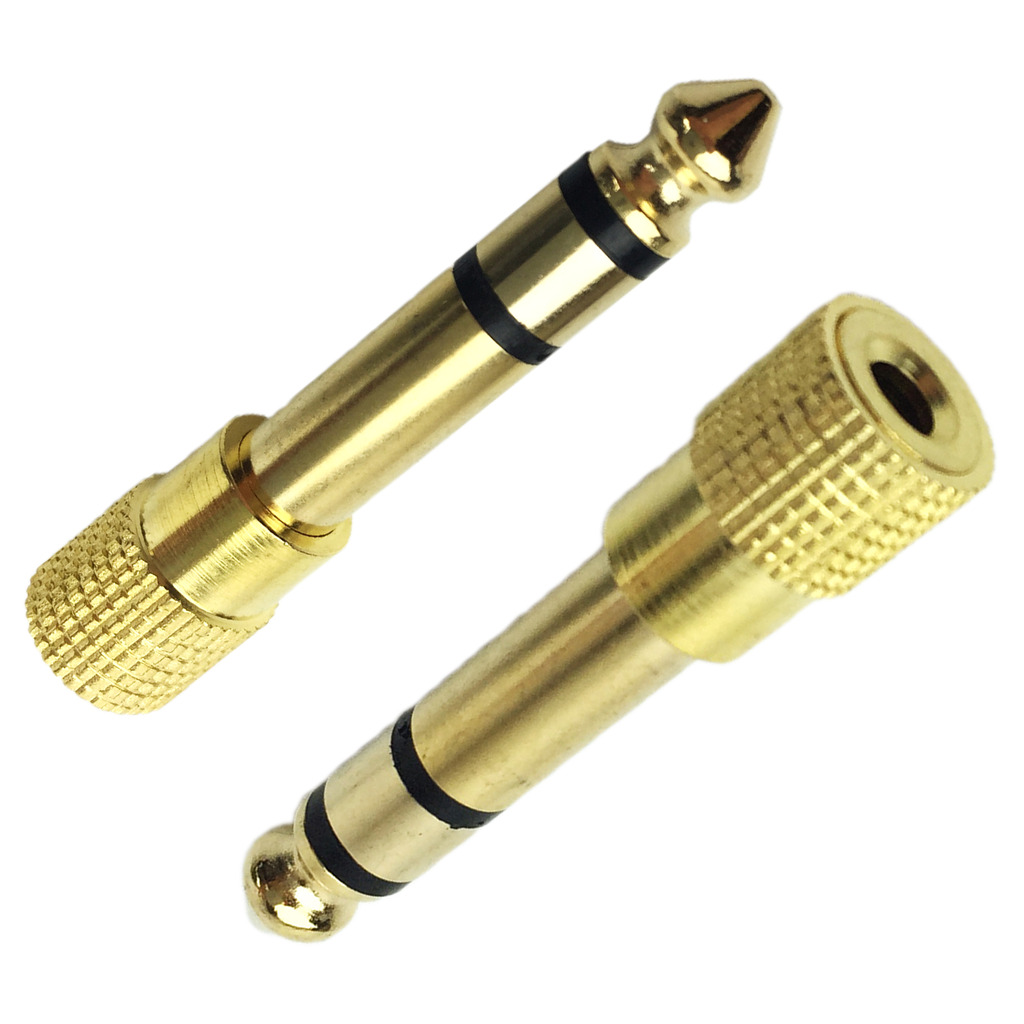 Into the mixer mentioned above.

The microphone is a balanced connection don't bridge pins 1(ground) to 3 the -(negative) When you do this you're losing at least half your signal. The other problem is that a mixer generally expects the microphone, XLR inputs, to be about 150 Ohm The mic on this headset is 2.2K Ohm. Quite simply put it's not made for plugging into a mixer. You might try plugging into the 1/4 input of the mixer but those usually are expecting the higher signal along with the higher impedance.

The headphones are low impedance 32 Ohms and that's probably why you're able to hear them. You could try to use a 1:1 transformer or "isolation transformer" which will match the impedance for you but I don't know if that will work.

I have recently run across this exact issue and have found the answer so thought I'd share.

PC microphones are a type of "electret" microphone which is essentially a specific type of unbalanced condenser microphone which requires a +5v potential applied across the middle pin, also called "Plug-in power." Pin 1 is ground, pin 2 is +5v and pin 3 is the "hot" signal output.

Professional XLR or 1/4" TRS microphone inputs are expecting one of two basic microphone types, dynamic microphones (which don't require voltage) where pin 1 is ground and pins 2 and 3 are used for the signal, OR 48v phantom powered condenser microphones where pin 1 is ground and +48v is applied to both pins 2 and 3 AND are used for the positive and negative signal. An unbalanced signal cannot employ phantom power because it's effectively joining pins 1 and 2 to a common conductor.

When you try and connect a PC's electret microphone to a professional input, there is no way for the unit to receive a +5v voltage required for the device to sense sound waves. That's why you're hearing nothing, no professional audio gear is setup to provide voltage to an unbalanced input.

There is ONE company on Earth that makes an adapter to convert +48v across pins 2 and 3 to +5v across pin 2 of the electret and adapts 0v across pin 3, it then connects pin1 from the electret to both pins 1 and 2 of the XLR input with pin3 going straight across to pin3 of the XLR. Thus effectively powering the elecret and creatng an unbalanced output signal any professional grade preamp is able to receive.

You have a microphone that is designed for the "PC interface". You have a destination that is a conventional phantom-powered balanced, low-impedance microphone preamp input. Your source and your destination could not be more mis-matched. THere is no way of interconnecting them with simple passive connector adapters.

There are many ways of adapting a "computer mic" like in your headphones, to a conventional XLR mic input. We don't know whether you want to make something yourself, or if you want to buy something off the shelf. Here are three primary resources:

The problem is that you have a condenser microphone that does not have a power supply. To make that work with an audio mixer, you need some sort of condenser pre-amp or you need to build a circuit to provide bias voltage to the microphone.

Typically, professional and stage microphones have a small pre-amp built into the mic, which provides bias voltage to the condenser and then filters that back out before going to the sound board. PC microphones, however, don't have this. Instead, the bias circuit is built into the sound card.

So far, I haven't found much in the way of powered adapters to connect PC headset mics to mixing consoles; the easiest and probably smartest thing to do would be to pick up a broadcast headset that uses either a dynamic microphone or a powered condenser mic.

Personally, I use an old TASCAM US-125M as a preamp for my headset, with the output routed to my mixing console. I can then use the same headset for both recording through the mixer and straight to a VoIP application like Skype.

Another possibility is to buy a two-piece condenser mic, such as a tie-clip or lavaliere microphone that has a separate power module. Then just plug your headset mic into the power module.

You can use some wireless kits with a 1/8" microphone input. If those come with a headset or tie-clip mic, you can probably plug your PC headset directly in.

Finally, you can build a circuit. You have to apply power to the tip of the plug and use a capacitor to filter that back out before going to the mixer. Leave the ring disconnected.

With that headset comes a special USB adapter which (since they use a TRS for a mono microphone) probably provides power to the headset microphone (the "manual" is very sparse on techical information). If you skip the adapter and plug into the mic input in a computer, most likely 5 volts bias is supplied from the adapter to the ring on the TRS (more information). The mixer can't provide that.

Two things may go wrong when you try to connect that headset to mixer:

To convert the 48v phantom power you need a special adapter. The Sennheiser MZA-900-P converts any input phantom power in range 10-52V to 1.8V (which may or may not be sufficient for the smartLavs - check with the support).

Here are some other options:

You need to check up on the voltage and impedance conversion so it matches the mic you want to use with it. This discussion may also be of help to you.

Not the answer you're looking for? Browse other questions tagged microphone mixer or ask your own question.

0
What sort of device would I need to manage inputs and outputs from multiple computers?
1
How to connect lavalier microphone with 3.5 jacks into XLR/TRS (using a converter)?
0
Connecting a 3.5mm Microphone on headset (Logitech G230) to a mixer (Behringer 1202)

2
Help with setting up audio recording for retirement home meeting
2
Sending PC audio through mixer sounds messed up
1
Mixing balanced and unbalanced connections
0
Dynamic mic to XLR input
0
MIXER - How to convert PC headphone to Line in Signal?
0
Microphone with XLR adapter won't work in my mixer
0
Buzzing sound in my audio. I think its the mixer
3
Why does using an extension cable on my headset with a TRRS jack cause the stereo signal to leak into the microphone signal?
2
PC stereo out to mixer