We need your help! Please consider nominating in the current election.

I'm a newbie at sound recording (and I really suck at physics, so still can't get my head around the technical part of sound) Anyway I own a Zoom H4n and Røde NTG2 and I found tge recordings extremely quiet, like I have to put rec levels on 100 and it's still not enough when recording dialogue on set. So after finding out that ntg2 and zoom h4n the worst combination that was made in hell, I purchased Fostex FR2 and I really hoped that my problems with "not loud enough" will be over, but after recording dialogues and sounds on FR2 and NTG2 I found out that it is also not loud enough. (I recorded some sounds of traffic and early morning birds using fr2 and ntg2 and even after I tried to save it in iZotope RX4, it was still unusable as after gaining volume on recording the noise level gone up too). I don't have a field mixer, (also don't understand fully what exactly mixer does!) Does that mean that my NTG2 is the problem? Would getting NTG3 solve the "recordings not loud enough" problem?

What else can you suggest to improve the loudness of recording? I'm not sure what I'm doing wrong :( please help!

I'd point the finger of blame at the NTG2 on this one - it's known for having quite a low-output.

I would have thought you'd be able to get a decent-enough level for dialogue with it, assuming it's positioned correctly, but on a very quiet source like bird song you're pushing your luck anyway - it's simply not what the mic was designed for.

I recall that there's a slight improvement in output of the NTG2 when powered by phantom, rather than battery.

You could perhaps try adding a pre- preamp between the mic and recorder, like this: http://tritonaudio.com/index.php?Itemid=33 This'd boost the mic's signal by 20dB, meaning you wouldn't have to max out the recorder's gain as much (though be aware that it'll also boost the mic's self-noise, too).

The NTG 3 is a considerably better shotgun mic in any case, if you can get your hands on one.

the microphones you are using require power to work. The mics should have a slot for a battery, or you can activate the phantom power option on the h4n. Without power your recording level will be extremely low. If you already have phantom power activated then it could be that your mic pre-amp level is too low (not the volume output level) this is on the right side of the h4n (I think) 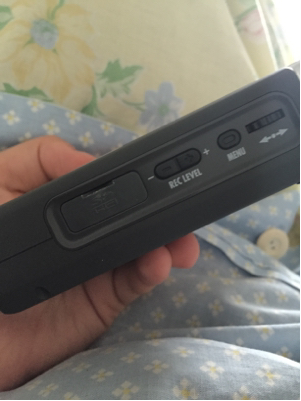 And I tried to switch to phantom and to power mic with the battery too, same results - too quiet.

Not the answer you're looking for? Browse other questions tagged zoom-h4n fostex ntg2 ntg3 or ask your own question.