It simply sounds like an A note, almost like a string. Ive tried using pulse waves with moderate speed sine lfo on pulse width while also using a 12db lp filter. Doesnt seem to be getting there. Ive also tried other patches using two saw waves that are detuned with again a 12db lp filter, while increasing the voices with cuttoff at about 11 oclock while with res at 11:30.

Im getting close but it seems like its not airy enough.

I am going for a particular sound. You can also hear a similar sound on this track at about 2:30.

I guess Im trying to learn how to create sounds around those sort of spectrums to use in my own music. Any help would be greatly appreciated. I use Massive as my main synth.

It can be deceiving, but it is pretty straightforward. I worked from the 1st song video.

You could mix the lower octave to taste, but I also summed them into a high pass filter (-12db slope) set to around 2khz, to bring down the lower frequencies, on that note.

Looking at the spectrum below you can see that it has all harmonics there quite steady, which is a sign it may be a saw wave. Any vibrato is very subtle and could be passed off as Unison detuning, which brings the chorus-type sound. A little reverb may sound nice, keeping only higher frequencies above 2-3khz.

The first harmonic starts at G5#, slightly undertuned, but you can see the fundamental or lowest frequency is not as loud as the second harmonic, around 1.6khz, and every second harmonic is slightly louder, indicating that another saw wave oscilator may be present. I.e. +1 Octave, and up to 10dB louder than the base note. 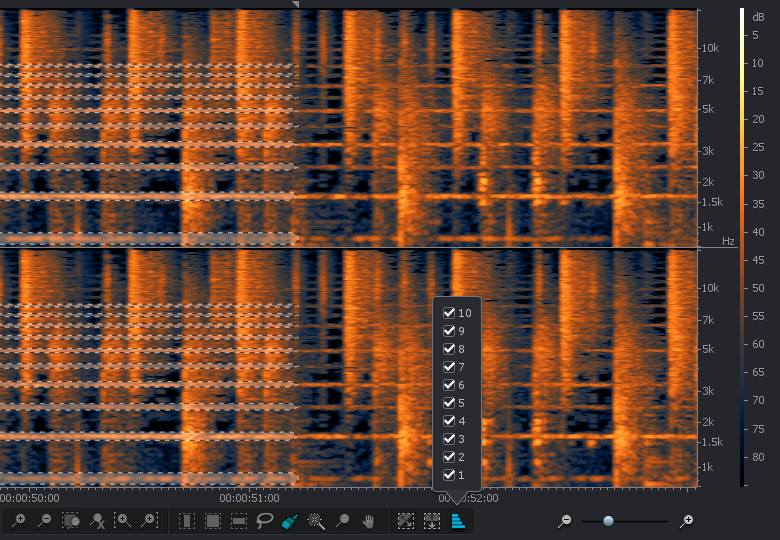 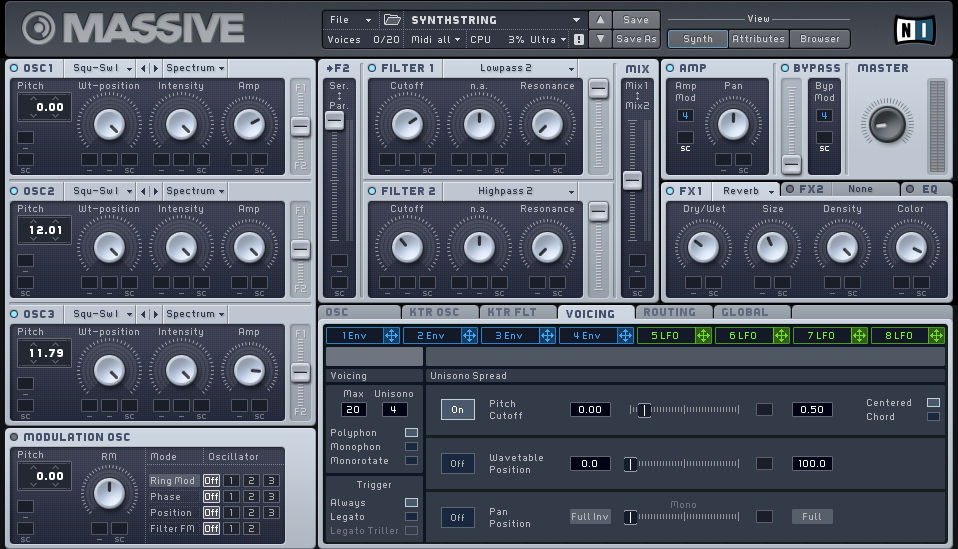 For anyone who was looking at this I started to mess around with it a bit and got a bit closer to the sound. What I noticed was that it was not as airy or moving enough, What did was fatten up the sound a bit by adding some saw waves in mixture to the pulse waves at different octaves. I lowered the amp on several of the oscillators to get the higher pitches out a bit more and added an lfo to the pitches of each oscillators as well as some resonance. I been playing around with adding slight vibrato, as well as increasing the reverb and voices. Its still not quite right, so it would be cool if some guys were to have some more discussion on this. Below is how my Massive settup looks: 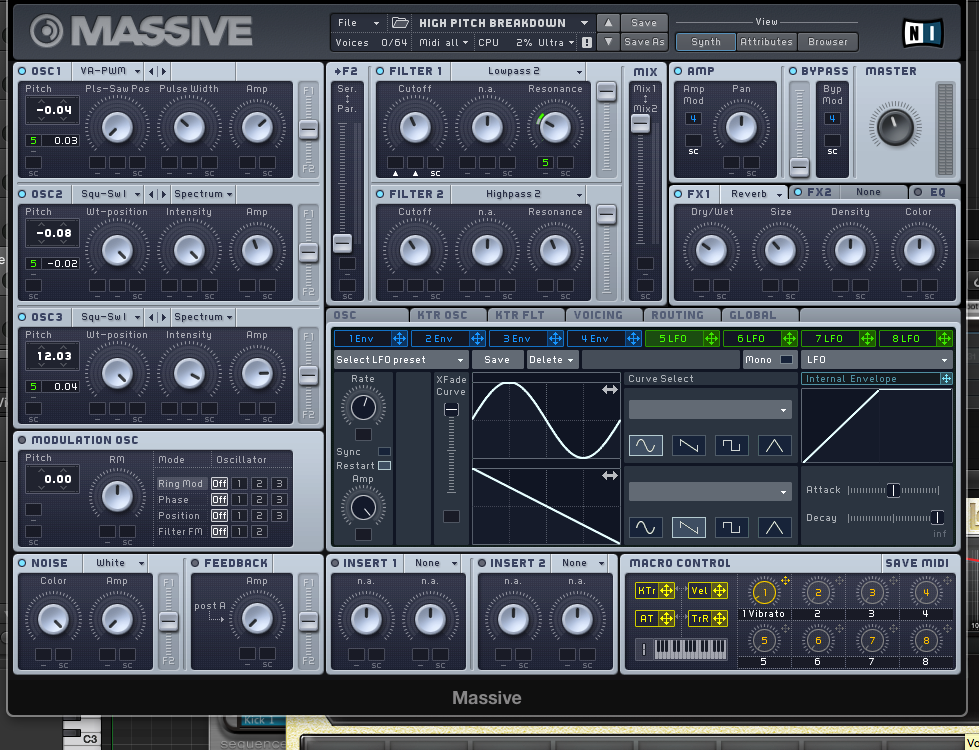 It sounds like a mix of square and sin oscillators with lowpass filter set on about 2000Hz. The attack is short and the release is a bit longer, and a bit of chorus and reverb might suffice.

Not the answer you're looking for? Browse other questions tagged sound-design synthesizer replication or ask your own question.

2
Something is Missing... What do you do?
1
Real Time Control with Envelope
2
How to make this guitar lead sound from Megaman X (Super Nintendo)?
3
Reverb sort of airy synth note
2
Powerful sort of techno pad
1
Creating that Techno Chord
1
Miss Independent Synth
1
How to make this descending pitch heavy sound?