How is the mixing step separate from the parameter adjusting done during arrangement?

I'm new to audio production and am learning FL Studio and trying to understand the basic steps to producing a song, and this is something that confuses me.

However, I'm really not sure of the difference between 1 and 2, or 3 for that matter, honestly.

As I learn and follow tutorials, I'm watching these people sidechaining all sorts of things and adding all sorts of EQ and compression and reverb and limiters and filters and you name it as they go along writing the track. But isn't that what mixing is, adjusting all those things to achieve the optimal sound? What goes on in the mixing step that's separate from everything that's already being done in step 1?

1. Make Song (Record Initial Tracks): This is typically the stage where the audio is actually recorded and the sampled/synthesized tracks are created. This is the stage that occurs in what most people call a "Recording Studio". In keeping with our example this is the stage where your goal as an engineer would be to capture good audio. The balance of tracks is less important here and you will be focusing primarily on capturing each individual track accurately. While some takes are done with full bands you will typically be recording one instrument at a time or possibly bass and drums together. Here you may use some EQ to get the sound you want but generally the tracks will be recorded as clean as possible.

This will occur in a place like this (Abby Road) 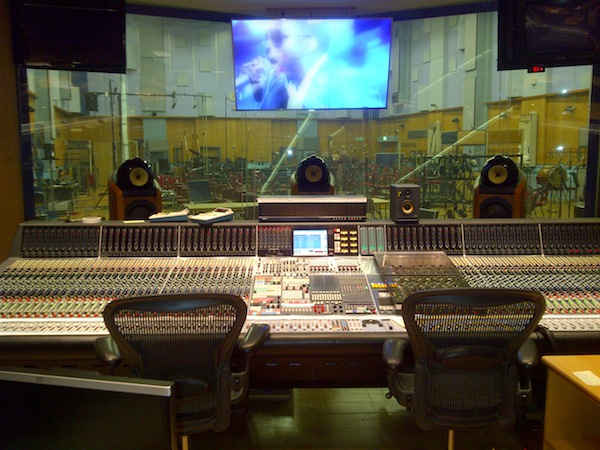 2. Mix Song: Now you have your individual tracks. Lets say 48 of them, drums (a bunch of ingle mic tracks and a few over head mics), bass, guitar, vox, piano and a few other percussion instruments. They have no effects on them and are individually really good tracks. You now will mix them so they become a coherent mix. Add in the effects you want maybe some more touch up with EQ and what ever else you want to put in. The end of this stage will be a mix near the final mix if not the final mix. Back in the day this very well would have become your master mix. 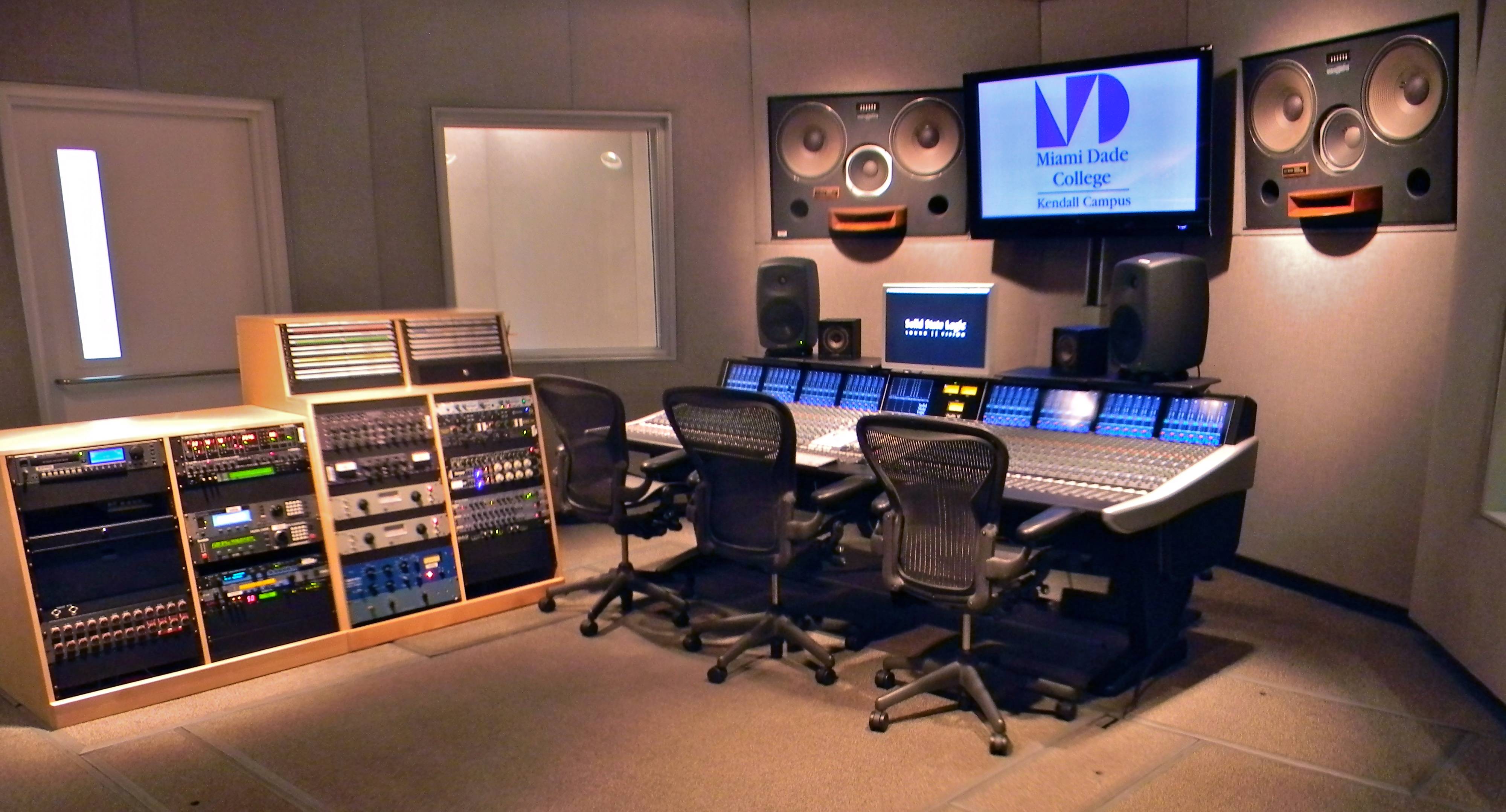 3. Master Song: First off, this is not always done although although its common if you have the budget. In some cases this is where the vocal track will actually be added into the mix. In others a complete mix will hit the mastering room for further touch up. The mastering engineer may or may not have the multitrack recording but often will only have the master stereo mix from the previous stage. They will touch up with some EQ, maybe a bit of reverb or other effects to their liking and prepare a final release mix. Often the mastering engineer is taking what may be already a perfect mix and either touching it up or tailoring it for more of a consumer situation. Either way this stage does not always happen but has become more common. This often occurs in a mastering studio which is much like a listening room.

This will occur in a place like (note no console present) 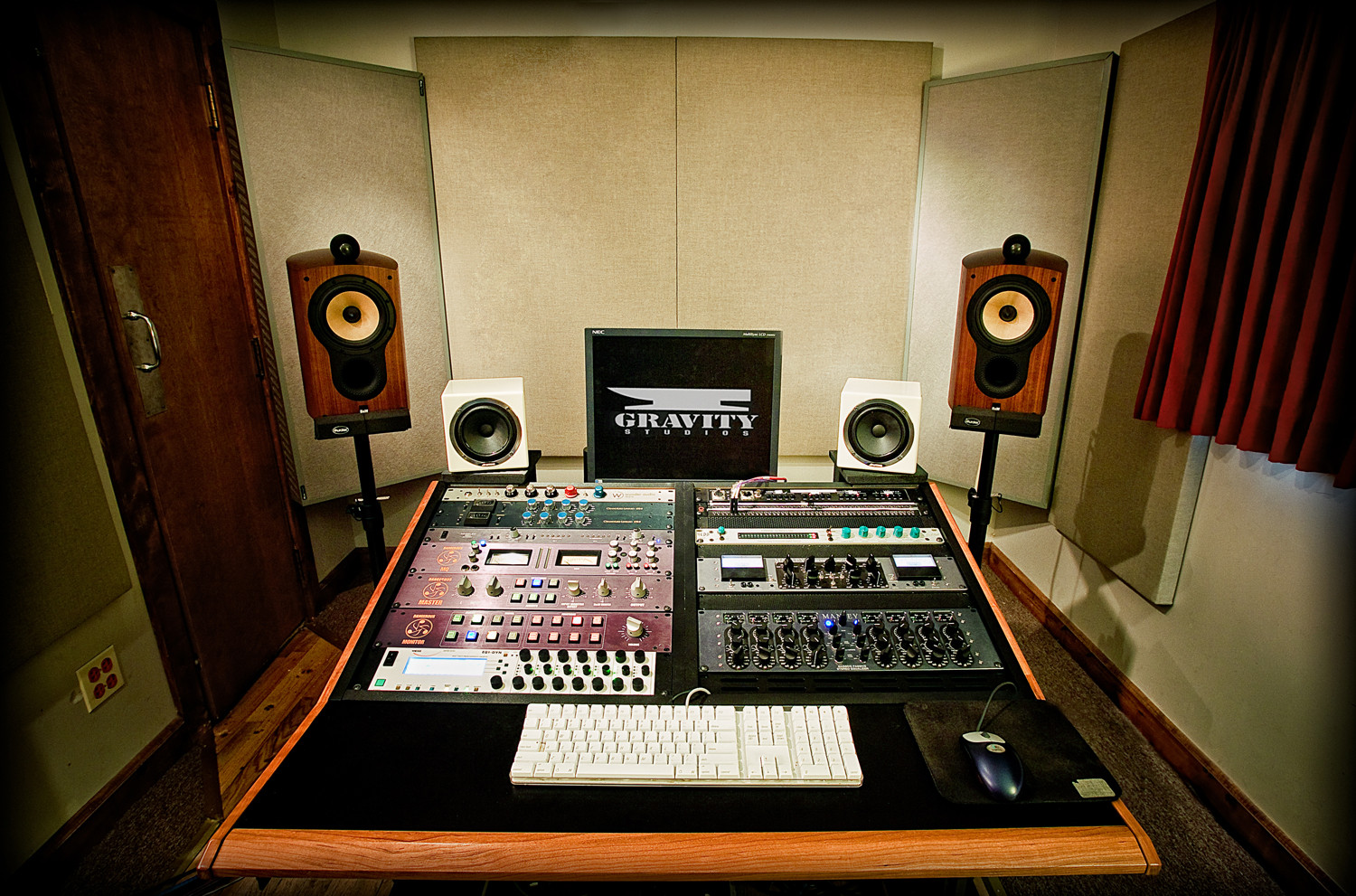 Dave's answer is correct, However, in the context of FL Studio and electronic music in general these steps are much more intermingled...for example, if a shuddering kick drum is an important element in your track you may want to work on the filters, reverb, compression, saturation, for that while still sketching out other elements, so you will get a better sense of what kind of space it will occupy in the final mix.

In addition, many people like to mix to a compressor even early on - since your final mix will end up being compressed likely with a multiband ultimately, get used to the sound of the compression and how it affects the track as you mix.

Working completely in the box, rather than in multiple specially designed studio rooms, means you should really feel free reign to tweak the sound of individual instruments as you go. The question of how much tweaking to put off is a matter of individual choice. For workflow reasons, some people like to arrange and record all their instruments and beats before tweaking individual sonic characteristics. Others will tweak the hell out of one sound and then build the rest of the track around that. Still others using esoteric sound elements must spend a good amount of time mixing and mangling to create the sound they want to record to begin with. Don't become too concerned with these issues.

IMO Mastering is a separate process and you should look at questions already asked about it here and elsewhere when you get to that point.

10
Mixing with the client - how to deal with the nitty gritty
4
When and how to set the limiter while mixing film?
5
How do I properly set levels for a recording and the environment I'm mixing in?
1
mixing a project in ProTools with automation is it possible to suspend the automation during playback as if it was automated turned on/off
1
How to improve the SFX sound during mixing?
0
What should be the volume level of monitors during mixing?
7
How do I remove the vocals/bass/drums from a stereo mix?