What is the "level" of Frequency Modulation of many synthesizers?

I am currently working on FM synthesis and while I do understand the roles of carrier frequency, modulator frequency and modulator amplitude, I've been having problems with understanding how lots of software (I suppose also hardware) synthesizers handle these parameters.

For example, here is a basic FM setup in NI FM8: 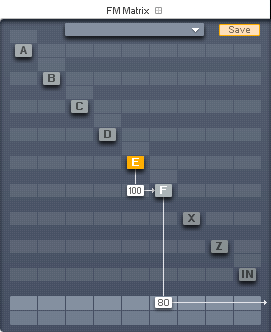 In this case, operator E modulates operator F "fully", so on the scale of 0 to 100 provided by FM8, the FM modulation level/amount is set to 100. My question is, what does this level parameter actually mean in terms of modulator amplitude, behind the scenes? From my understanding, the modulator amplitude controls the variation in frequency of the carrier signal. However, when I set the FM level of operator E to 100 as shown here, I can hear and see that this doesn't mean that operator E then has an amplitude of 100 and consequently modulates the frequency of operator F by 100 Hz. From some approximations I made the modulator amplitude is actually in the range of about 6000 when I play a 440 Hz sine wave on my keyboard.

I would be very grateful for any help or insight.

Very good question. I found nothing about it in the manuals.

You are not missing knowledge, you got it mostly right. Your mistake was to assume that the shown values are the ones they are using internally.

I made some tests, and found that both synths are actually using a modulation index range of 0 to 10 internally. What you see in the controls is how they choose to represent that range.

In FM8 what you see in the GUI is actually the modulation index times 10. When you see level of 98, the actual modulation index is 9.8. They probably just wanted to avoid using a decimal point.

You can use Live's Spectrum (or any other spectra visualizer) to see this easily, graphically. You can also play sines in the edge frequencies and compare them to the carrier using your ears.

FM8 mirrors the DX7 implementation which uses a 0-99 value to represent modulation index of 0 to 14. So, an output level of '85' corresponds to an index of 4. 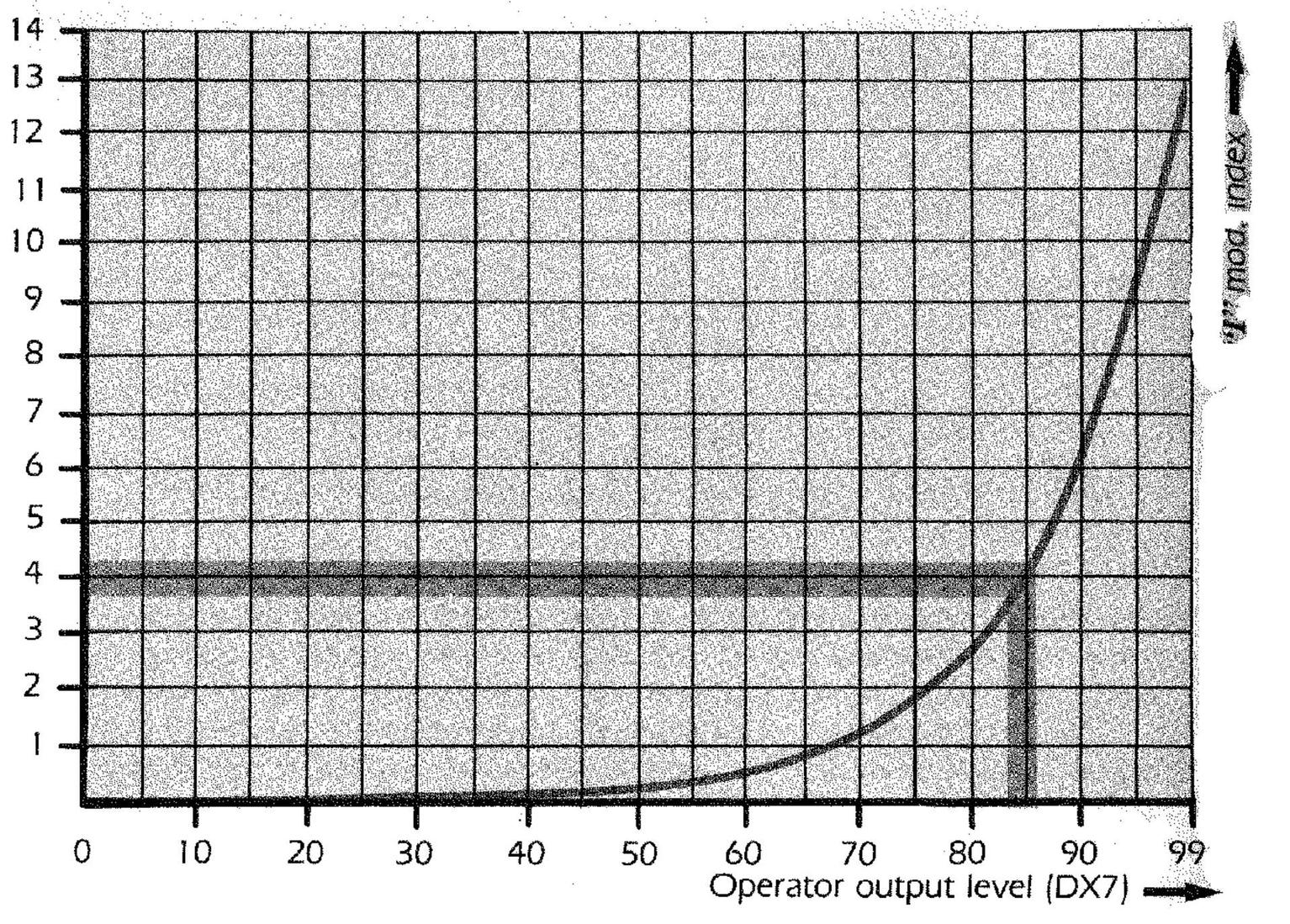 This might be a good start: http://www.soundonsound.com/sos/apr00/articles/synthsecrets.htm Here's a quickie about FM: http://music.columbia.edu/cmc/musicandcomputers/chapter4/04_07.php

10
How do you create Single Sideband Modulation (SSB)?
0
Frequency modulation in frequency domain
2
How can I mimic the audio synthesis layers from Kraftwerk's "Tour de France Etape 3"?
7
How can I manually emulate the sonic abilities of the NES?
8
What time range is used for ADSR envelopes
4
Creating the SSB untuned radio effect
3
How to add amount control to amplitude modulation?
4
FM and PM synthesis - what is the difference and why?
1
What would cause a recording to have a completely symmetric frequency plot?
2
VCV Rack - what is the maximum frequency deviation for FM?