How to Synthesize a Cello Sound in Pure Data

From what I understand, I'm working with a sine wave. With the sound being created from a string instrument, I was told to look into applying a mixture of saw waves.

I think you need to look into the basics of audio synthesis a little bit more before trying this. Any instrument except a pure sine oscillator will not produce a pure sine wave. Instead it will produce a unique wave that will look sort of like a sine wave, but with constantly varying amplitude and pitch. This is what creates the "tone" of an instrument and what makes, for example: a brass instrument and a cello not sound the same, even though they are playing the same note. Or a viola and a cello playing C; they will not sound the same at all even though it is the same pitch. Even different instruments of the same type can sound amazingly different even though they look identical.

This unique wave can be broken down via a Fourier transform into multiple sine waves that are additively and subtractvly interfering with each other to form the unique wave signature of the instrument. You are going to have to build this wave signature up using an equivalent of a Fourier transform. If you want to make it easier on yourself, I would run a FFT(Fast Fourier Transform) on your file first and then create all the sine waves that you get out of the analysis in Pure Data. I do not have any experience with said program, but you might even be able to do a FFT inside it.

I think that the person who told you to mix square waves actually meant sine waves. A square wave, just like that wave signature of your cello, can also be broken down into sine waves. If I remember correctly, you can produce a square wave by adding the original sine wave and the 1st, 3rd, 5th etc, harmonics until you get close.

Depends on how accurate a result you are trying to achieve. Have a look at this article http://www.soundonsound.com/sos/apr03/articles/synthsecrets48.asp and you'll begin to get a feel for the complexities you are up against.

And as suggested above do an FFT to get a feel for the contributions of the various harmonics and then use a series of sine waves to generate an approximation. Sonic Visualizer is a good tool for analysing a recorded sample. I've added some images captured by it below.

The first image shows two complete cycles of the waveform and the start of the third. 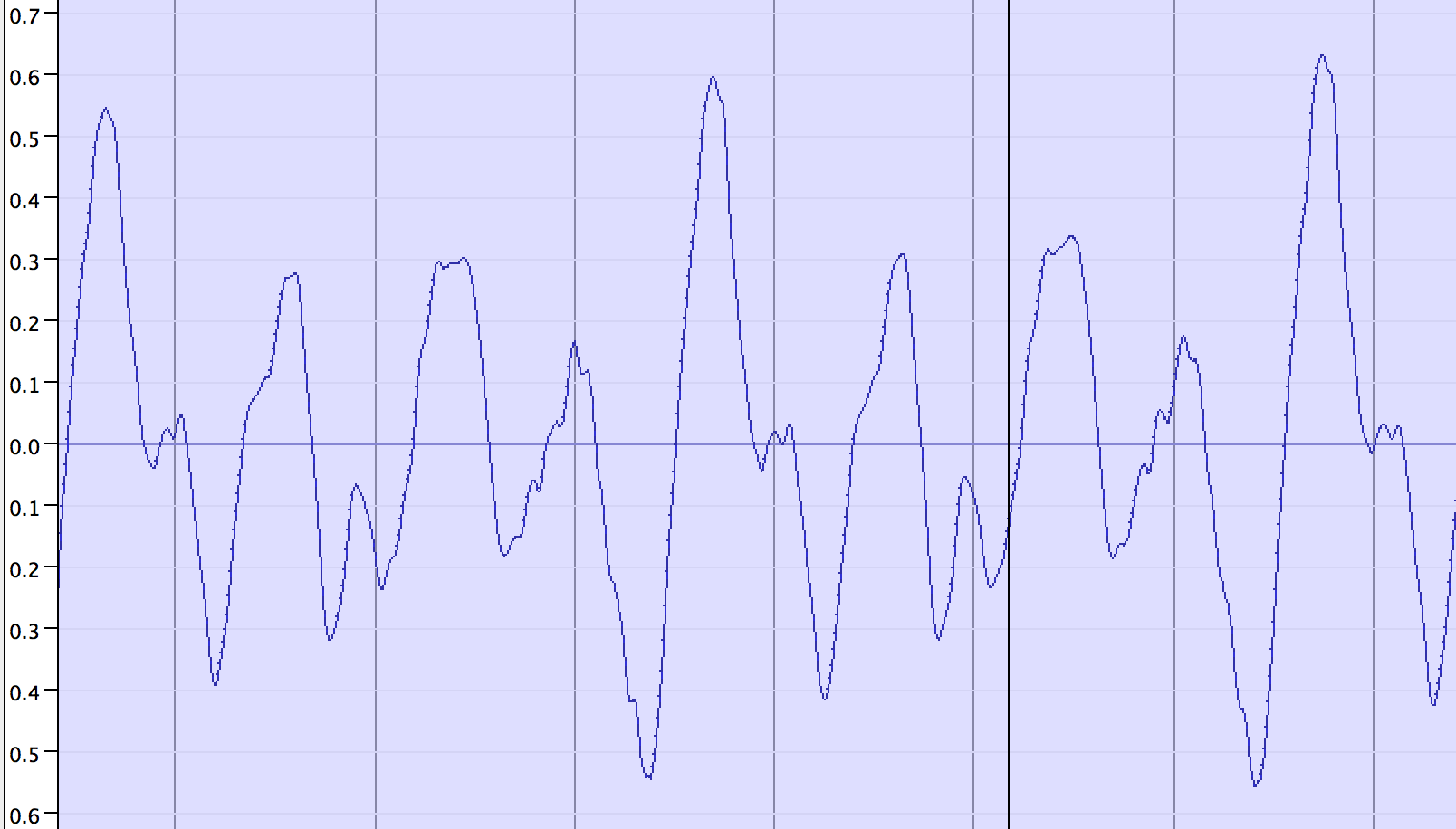 The next shows a peak frequency analysis and because the frequency response of the laptop microphone wasn't up to the task the fundamental frequency f0 is missing.If however you were to analyse the distances between each of the other peak frequencies you find them to be ~65Hz as expected.

And lastly the information from hovering over the rightmost of the peak lines showing a frequency of 131Hz, the first harmonic, at -12Db 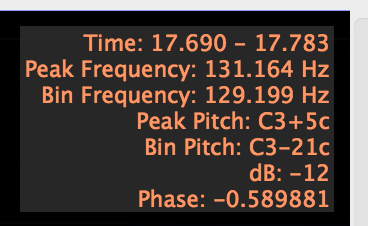 Not the answer you're looking for? Browse other questions tagged sound-design music synthesizer synthesis puredata or ask your own question.

3
How can I make this deep thud sound, like a cannon in the distance?
3
Recreating a synthesizer
2
Sine wave making no sound
2
How to make a good Pitch Pipe Sound in Pure Data
2
How can more than one input trigger an operation in Pure Data?
1
High pitched phase sound
1
Creating that Techno Chord
0
Pure Data Vanilla: Random float number generator