What is the difference between a 4-Bus and a 4/2 Bus mixer? What does the slash mean?

Perusing the Behringer website they have all different notations for Bus. What does it mean to be a 4-Bus mixer compaired to a 4/2-Bus mixer? Or, even a 2/2-Bus mixer?

I don't believe the current answer is clear or useful. Please review the products above which have pictures of the Mixer. For instance, the 2/2 mixer bus has 3 labeled "aux" and one labeled "FX Send" how does that make 2/2 with the below answer? 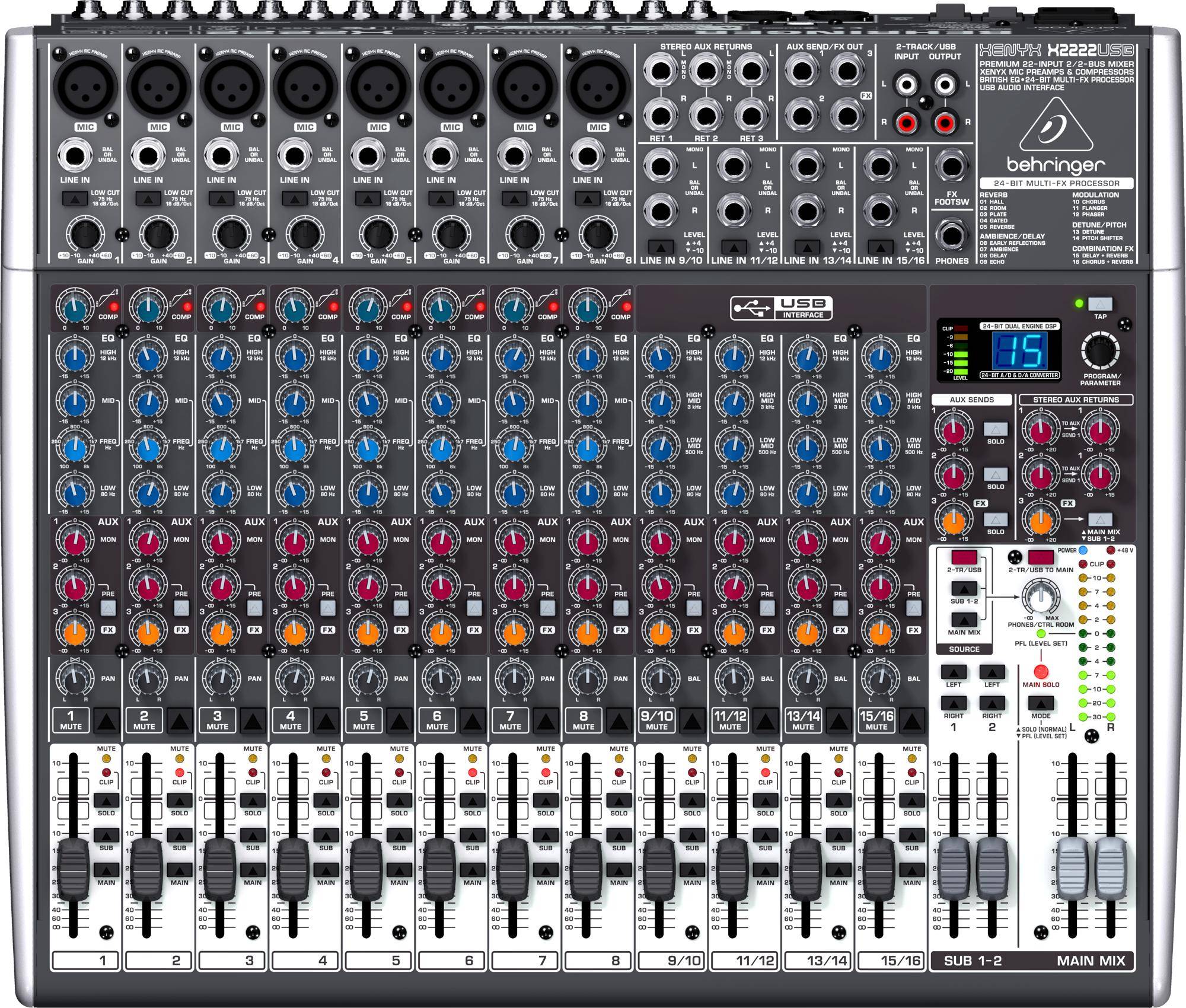 In the first place, not all brands use these designations in the same way.

Generally, an xbus mixer has x busses to sum signal. The simplest is a two bus mixer. Stereo. A left bus and a right bus. You determine what signal goes to which bus with a pan pot.

A 4 bus mixer likely isn't counting the stereo main out, and is referring, instead, to the sub-mix busses. In this case, there would be four separate busses/mixes each with independent gain control. You determine what signal goes to which bus, usually with a switch on each channel, though sometimes it will be a switch and a pan pot, etc.

The x/x slash designations are still referring to the number of discrete busses, but this time, they're making the distinction between Aux busses and Mix busses (for lack of a better term). Essentially, the number of send busses that exist. So, a 4/4 console will have 4 aux send busses and also 4 sub-mix busses.

It's an important designation because, although your mixer might have 12 or 18 etc channels, if you only have 4 aux send busses, there will be more sharing between the channels.

In short, those numbers describe the number of discrete, summing, internal pathways that lead to an output.

Ok, so after a bit more digging regarding the edit to the original question, I have the answer... at least as it pertains to Behringer, and this particular model (i.e. extrapolate at your own risk)

I asked Behringer. Their response was as follows:

The 2/2 denotes that the mixer is full duplex. What this translates to is that, via the USB connection, the mixer can transmit and receive two tracks of audio simultaneously - that would be a stereo mix both to and from the computer.

So it would seem that throwing a USB interface in there kind of changes the rules of designation.

And finally, one last communication from Behringer:

Does the 'slash' designation always refer to the USB simultaneous I/O? Are your analog consoles described with a different nomenclature?

The nomenclature of "2/2" is certainly used on Behringer USB mixers, though it may be different from other manufacturers. The analog boards have a slightly different designation. The 2442FX, for instance, is a 4/2 mixer. This means that is has 4 subgroups and 2 main outputs (left and right).

Not the answer you're looking for? Browse other questions tagged mixer behringer or ask your own question.

1
what is the different between field mixer and studio mixer?
1
Are "mute groups" only for monitors, and can "scenes" be layered?
1
What is the difference between QX1622USB and QX1222USB
3
How does the group work on the Behringer X2442USB?
2
Help with setting up audio recording for retirement home meeting
2
Routing sounds to and from my computer
0
Audio cuts out after some time on mixer when set to -10dBV level
1
Audio-Interface to computer - multiple separate channels
2
PC stereo out to mixer
0
How to get rid of a hiss in my Behringer Q802USB?