How do you replace a broken volume pot?

I have an old Crown D-75 amplifier that I acquired a while back and it works like a beaut except one of the volume pots is toast.

The pot has 2 different numbers stamped on it, both of which yield no results on Google.

Can I find out what value of pot to get by measuring with a multimeter?

Has anybody else had an experience doing a fix like this?

Is there a good place to buy parts like this? The pot doesn't look like the standard Radio Shack part (the post on the pot is pretty tiny) and I'd like to match the original as closely as possible.

Note: I do have proper electronic tools (like multimeter, wire strippers, soldering iron, etc) to be able to fix this issue.

Sidenote: This quesiton was spawned off of the question "Scratchy volume pot". Apparently, it's a common practice to clean out old pots when they start to make scratchy noises. Unfortunately, one of the two pots on my amp is completely toast so I need to replace it.

**Update: Sorry about the delay. Here's the pictures as promised.* 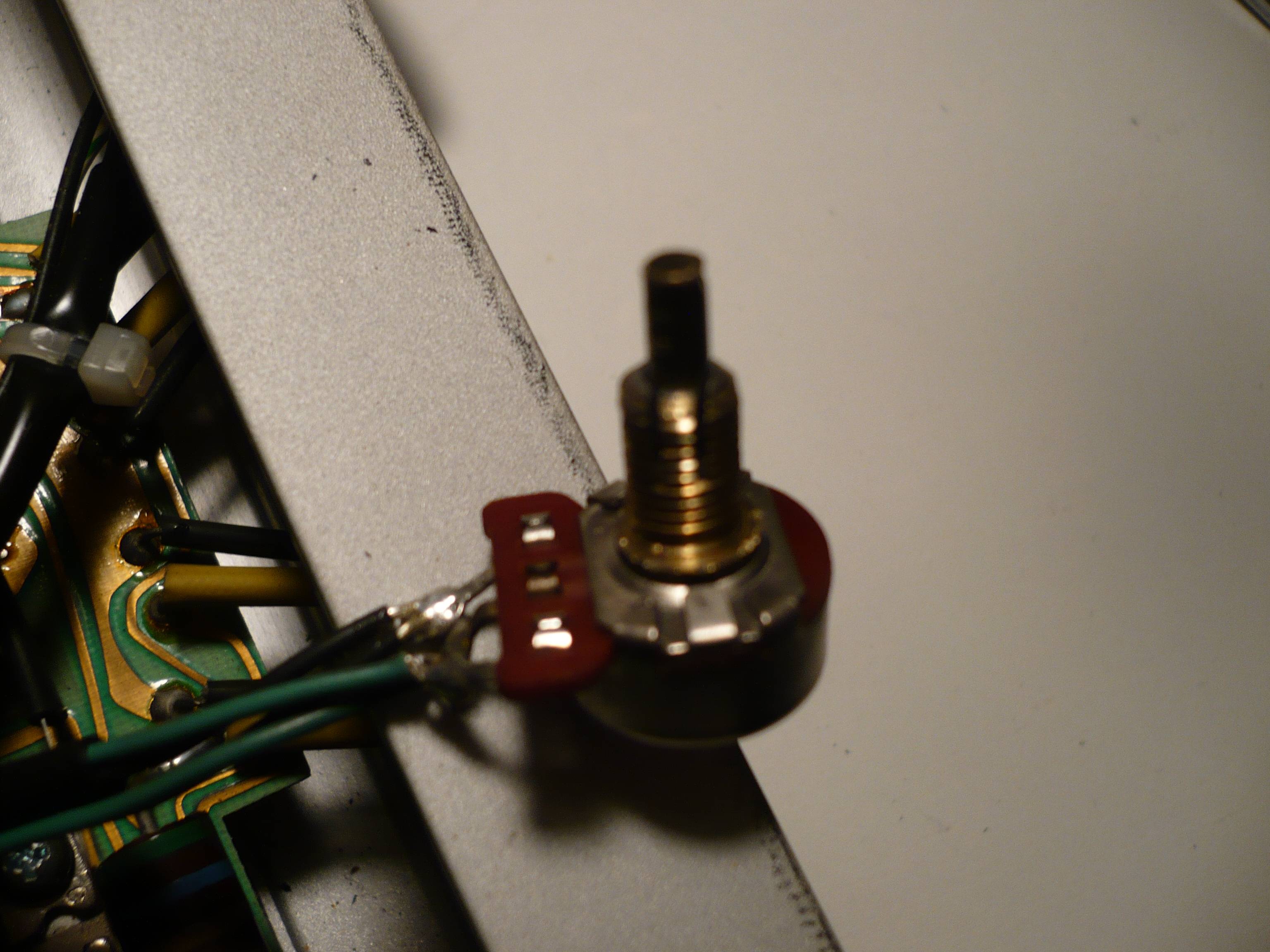 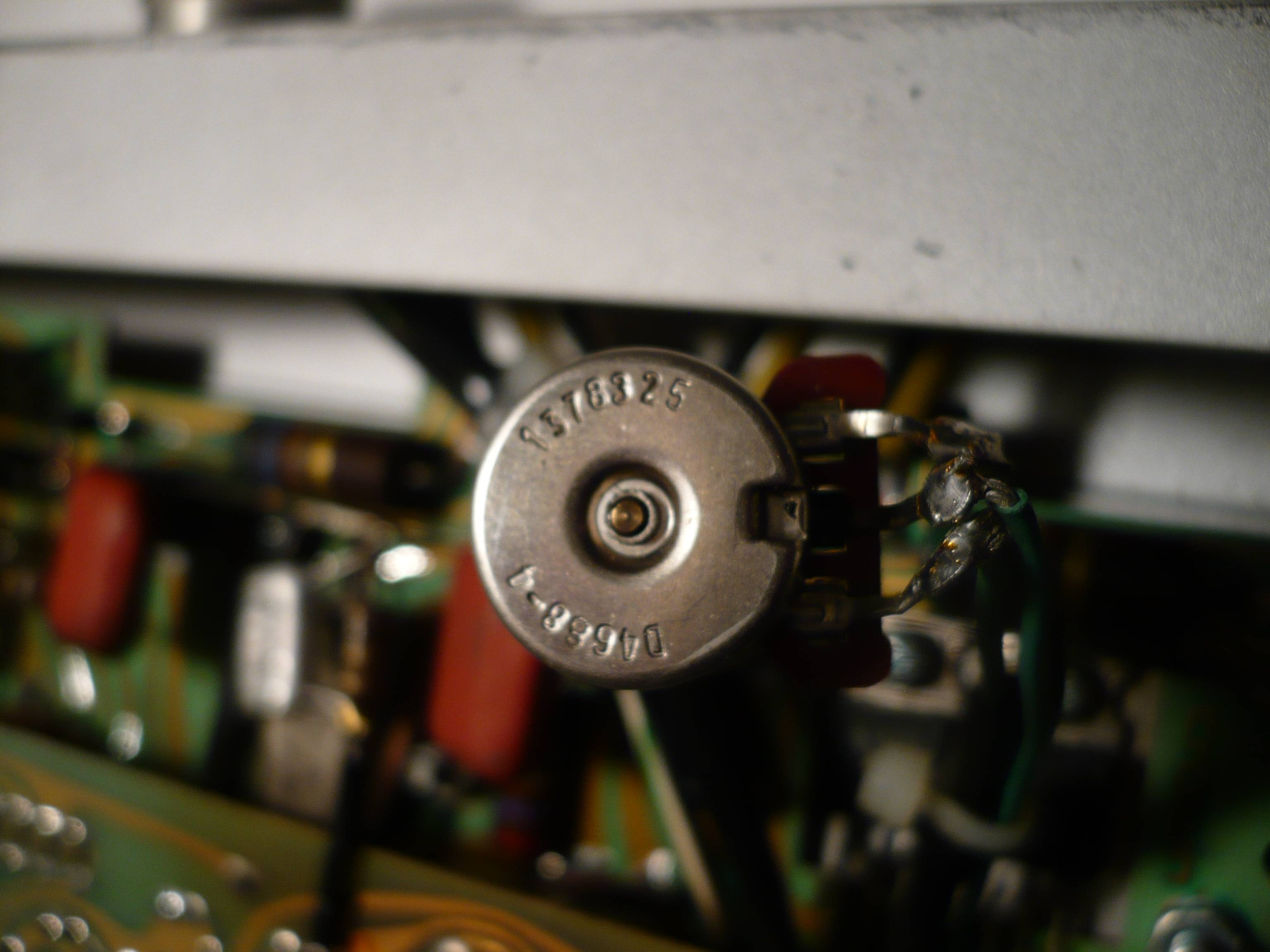 After a close second look at the pictures provided I realized that the part number is actually D4688-4. After some googling I found out that Crown has a section on their site specifically for ordering replacement parts.

If you have a multimeter finding out the resistance value of the potentiometer is trivial. Simply hook one lead to the left, or input lug, and another lead to the middle, or sweeper lug. Set your meter to ohms (resistance) and measure it out. I'm guessing it's likely a 10k like @jlebre mentions.

That's about all you need to replace it :), oh and you'll need some good soldering skills. Hope this helps!

Chances are it'll be something like A10k, or A14. That means it's a log pot, 10k resistance, or 1+4(zeros) resistance, or something similar. On older equipment, A will be linear though, and C would be log. Also some pots do say Lin or Log. You would be looking for a single gang, single turn rotary potentiometer.

If you live in the uk, and use places like Farnell, these would help you narrow down a lot your choices on their catalog.

there is still 2 more factors which I'm not really sure how to find: resistance tolerance and voltage rating. Luckily I always had spare part at hands or was send the direct replacement so didn't had to look more in depth than this. Maybe some of the EE guys in this forum could fill me in as well.

1
Where to fix a Broken Headphone Input in an H4N?
2
How do I find a PROM chip for a Roland D20?
1
DIY electronics repair, how to find what part I need
4
Scratchy volume pot