How can I change the master BPM in my song without stretching the recorded wav files?

I am using Ableton live 8. I just recorded three tracks of live audio (vocals and guitar) and did not pay attention to the BPM of the song. Now I would like to tap the correct BPM without stretching the wav files or modifying them in any way.

Turn off warping for those clips that you recorded into, now they'll play at their original rate regardless of the project's tempo. You can now tap the tempo in to figure out what it is, and then go into those clips and set that as their base tempo. At this point, you can re-enable warping and the tracks should be playing at the same rate as before, since their base tempo matches the project's tempo.

However, if you're using the Complex or Complex Pro warping algorithms, keep in mind that the sound will still be slightly different than the original recording, even with those tempos matched. The other warping modes do not exhibit this behavior: if the tempos match, it's sample-accurate.

This is described in an appendix in the Ableton Live manual, which I don't have in front of me at the moment.

Click on the clip in your Arrangement View, and at the bottom right you'll see the name of the clip in a small box. To the left of that box is a tiny picture of the clip's waveform, in a box the same height (this is the Clip Overview). Click on the clip overview, and options for the clip will be in the area just above it. Under the Sample options there is a button named Warp. Make sure it is not active, and you're all set. 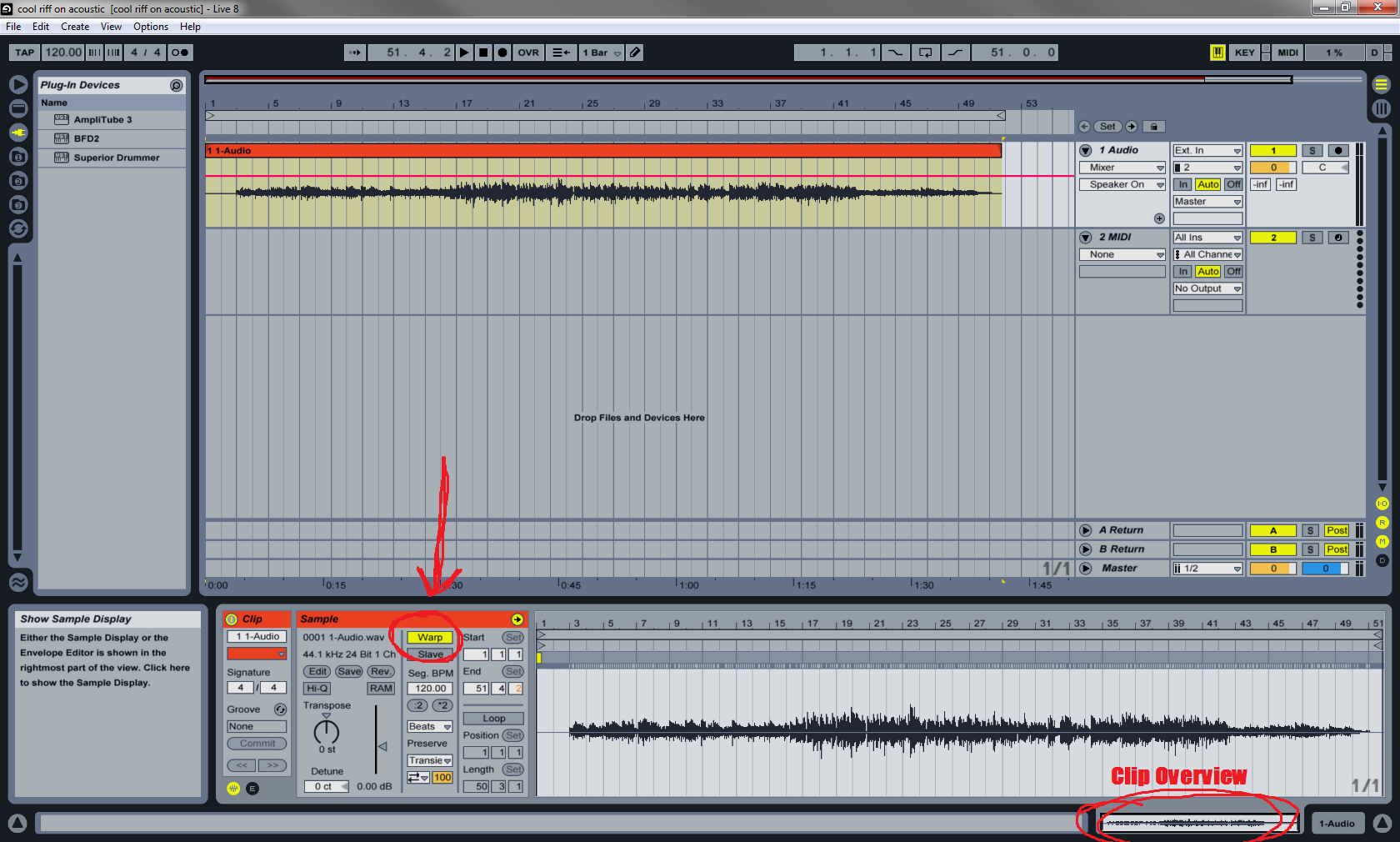