What software and Speakers are these in this picture?

Could anyone help me? I would like to know what software/Interfaces and what speaker (the ones with the yellow ring) in this pic. 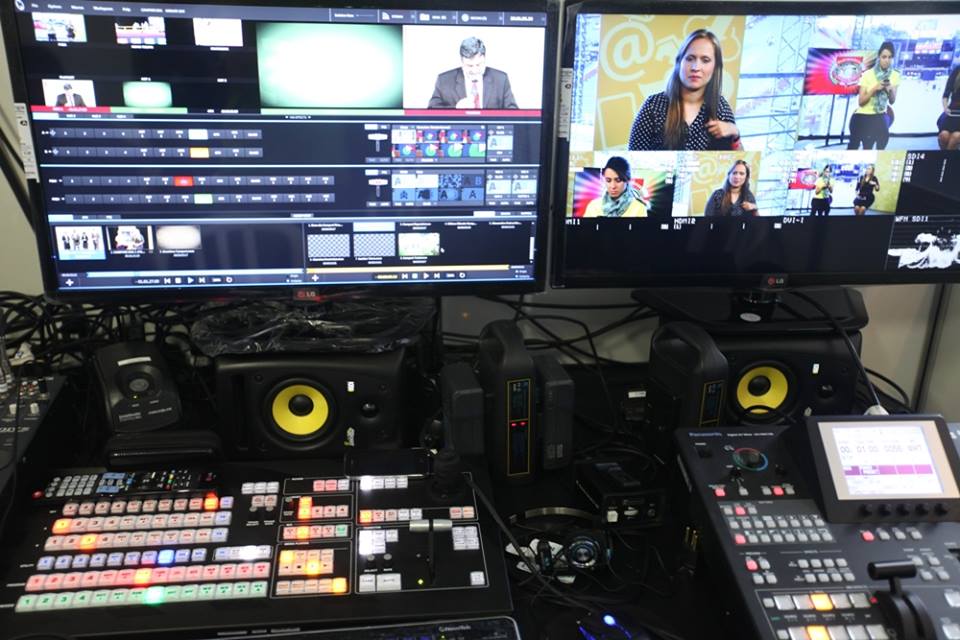 I can't tell the exact speaker model, but they are studio monitors from KRK Systems. The devices on the bottom of that photo are production switchers, which are designed for doing live video production. The screens appear to be the monitors for the switchers themselves, so it isn't software, it is hardware. You are also probably looking at atleast 25 grand worth of equipment there.

I can identify the surface on the right as a Panasonic AG-HMX100, which lists for about 6 grand, because I've used that particular model before, but the other's I'd need higher resolution to identify. The left one is a NewTek TriCaster 460. That is also what you are seeing the screen for, at least on the left monitor, if not also the right. The full kit for that is around 20 grand between switching hardware (not visible in the photo) and control surface.

3
TAPESTREA: Exciting tools, anyone using this software?
0
What are the implications of this new software?
10
What are some disadvantages of audacity?
0
Real time low-cut and noise reduction software
1
What is the relationship between a speaker's magnet size the speaker's wattage rating?
2
How do the outputs on this audio interface work?
1
What equipment and software do I need to make ricochets please?
3
What physical parts of speakers change the way they sound and make them better?
0
What microphone and wireless speaker to choose for large audiences
0
What is the technical term for these speakers?