what causes the difference in cord quality between brands?

While "jamming" with a friend over the weekend, I noticed that every single one of the cables in his setup were the same brand. I even have one of the same type (but didn't know which it was from not paying a lot of attention when I bought it other than being told its really good) but upon asking he told me they were all Mogami cables and decided to state that it was the only brand he would ever be caught using, maybe other than Monster.

I had never noticed a difference in sound quality when using different cords (at least if it wasn't broken or ratty). He swears up and down that it makes a huge difference. He didn't know exactly what causes the difference other than that it has to do with the way they are made.

After a little research, it appeared that there was a general consensus about Mogami and Monster being two of the best brands. I read a little about why but got lost pretty quickly on what makes this difference.

So could someone explain in simple terms what makes one cord better than another? Maybe more specifically with Mogami and Monster?

The warnings from WLPhoenix and Josh are absolutely correct: most cable connections do never have a significant influence on the sound, regardless of the cable brand.

There is one important exception: guitar cables. Because most electric guitars have only primitive passive high-impedance electronics (the same applies to passive electric basses), supplied from a coil with high inductance, the sound changes quite strongly if you vary the cable capacitance. However, there is no such thing as an intrinsically good or bad value of the cable capacitance, it's mainly a matter of taste and what you're used to. A guitarist who normally plays with short-ish expensive cables (which tend to have a rather low capacitance) will be surprised and likely dismayed by the loss of treble if they try a longer cable by a less expensive brand, that's how such myths come about ("my Monster cable sounds so much better than this junk that guy lent me"); but in much the same way, someone who normally uses very long cables might be dismayed by the nasty screaming and lack of mid-power their pickups develop when not connected to a big enough capacitance. Only they normally won't attribute this to the cable but to some other piece of equipment, because "a cable that costs thrice as much can't possibly be worse, can it"?

The passive nature of guitar pickups, unbalanced kind of connections, in combination with the typically used very high gain settings, also makes such lines particularly susceptible to all kinds of interference, which are often hard to trace. Cables are quite often the culprit, and indeed this is something where more expensive cables are often objectively better, since cheap ones tend to have bad shielding and sometimes unreliable connections.

The last point applies to all kind of cables, not just guitar cables: I also avoid the very cheapest microphone cables, in my experience the failure rate goes dramatically up towards the very low-end of the price scale. But the ones just a little more costly are usually much better already; for instance I have been using the Cordial CCM series a lot lately, they sound in no way different from high-end cables and I haven't experienced any failures yet. The plugs are a little too tight sometimes and the cables aren't quite as flexible as you'd like them to be (mechanically), but for fixed studio connections it's absolutely ok.

Conclusion: buy cables that are proven reliable and noise-repellent by experiment. Depending on the application, you may need to spend a little more than the cheapest prices, but never buy a cable because it's expensive. Try to convince your friend to do some blind tests, in most cases he won't be able to tell the difference between a $10 cable and a $100 one without looking.

In all reality, a good cable shouldn't do anything between Point A and Point B. Any cable claims to that is either lying or doing something you don't want it to.

I've found that the best cables I can get are the ones I make for myself at 1/10th the cost of the big brands. Even the lifetime warranty isn't worth the ability to fix it myself, as I'd rather not wait a 2-4 week downtime between cables.

Travis, you have, perhaps unwittingly, stumbled upon a question that has raged for quite some time. In short, there is no answer. Or more to the point, there is no agreed-upon answer. The Wikipedia entry on this is fairly concise for the tl;dr crowd...

There is debate among audiophiles surrounding the impact that high-end cables have on audio systems with audibility of the changes central to the discussion. While some speaker wire marketers claim audible improvement with design or exotic materials, skeptics say that a few meters of speaker wire from the power amplifier to the binding posts of the loudspeakers cannot possibly have much influence because of the greater influence from complex crossover circuits found in most speakers and particularly from the speaker driver voice coils that have several meters of very thin wire. To justify claims of enhanced audio quality, many marketers of high-end speaker cables cite electrical properties such as skin effect, characteristic impedance or resonance; properties which are generally little understood by consumers. None of these have any measurable effect at audio frequencies, though each matters at radio frequencies.[12] Industry experts have disproved the higher quality claims through measurement of the sound systems and through double-blind ABX tests of listeners.[4][13] There is however agreement that the overall resistance of the speaker wire should not be too high.[4] As well, the observed problems with speaker cable quality are largest for passively crossed-over loudspeakers such as those typical of home stereos.[14]

The Wikipedia entry also references Roger Russel, formerly of McIntosh Labs. His website on the subject goes into great detail, probably more than you were looking for, but interesting and worthwhile. The graphic below comes directly from his site... to give you an idea of his perspective :) 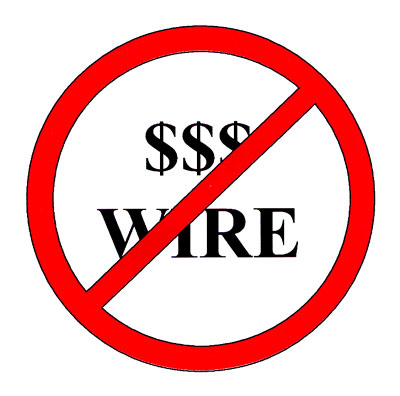 Not the answer you're looking for? Browse other questions tagged cable quality or ask your own question.