Can one own a sound

If you can't this would be an easy answer to my bit more complex question about sound copyrights from video game companies.

I am not a lawyer, but your parallel is a little off. A better parallel would be to say that someone owns the rights to make a particular type of specialized brush. Midi instruments can be copyrighted as the method of synthesis is non-trivial. You couldn't copyright, say, using basic fixed waveforms, but when you start combining things in to a midi instrument, it becomes something you can copyright.

If the result can be described as a creative work, it can be protected. Complex midi instruments and sound packs are generally creative unless they are pretty limited. If you can reproduce it easily without using or reverse engineering their instrument, then it probably doesn't meet the burden of being a copyrightable work, but you'd be best to talk to a lawyer about where specifically that line is.

With all due respect I beg to differ from AJ Henderson's answer.

I don't think your parallel is off at all. Color and sound are a very good parallel in the context of trademarks and patents vs. copyright.

Actually there is a patent for the color "International Klein Blue (IKB)" published in April 1961 after it was applied for by French artist Yves Klein. 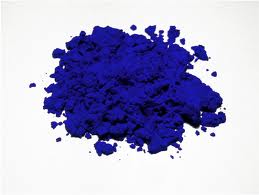 MORE about this here:

and other color trademarks:

For sound, here are 8 sounds that have been trademarked:

Unfortunately the Harley-Davidson attempt to trademark their unique exhaust sound filed in 1994 was later withdrawn in 2000 after years of litigation with competitors that appeared to have no end in sight.

1
Credit/compensation to use design in sequel
1
Where I find tips for sound in videos?
2
Program to generate midi sounds and sequences
4
Sound Design Etiquette?
0
How do I get into sound design?
1
Sound libraries for FL studio
1
How to make owl sounds
0
Are there specific settings to focus on when wanting to create a talking sound?
0
Looking for sound evaluation parameters