Looking for a drum mixer recommendation for live sound

I play in a 7 piece rock band, our snake only has so many inputs and I'm looking at moving to micing each tom (4) individually. That would mean 9 mics total but I'll still be able to use several sends on the snake.

The one time I recorded in a studio the engineer made the drums sound awesome. He said the key was the high-quality pre-amps in his mixing board. So I'm thinking I want an eight channel mixer with high quality pre-amps. This may be a pipe-dream since I'm sure the mixer in the studio was extremely expensive. I'm not sure what else is essential other than high quality pre amps. It seems like noise-gates would be nice to have. Other effects seems unnecessary since the main board has the basic stuff needed there. I've been looking at the various on-line sites but there are just too many choices and no-one appears to make a drum mixer per-se. I would like to keep the budget in the $500 ballpark.

If I'm asking in the wrong SE site could someone point me to the correct one. The one for musicians seems to expressly not want this type of question.

Update per comment request On Dino's FB page he says it's a NEVE NEUMANN Malcome Toft Heavy Duty console - I suspect this is a couple or orders of magnitude more expensive than my proposed budget, not to mention a wee bit too big for the typical stage. 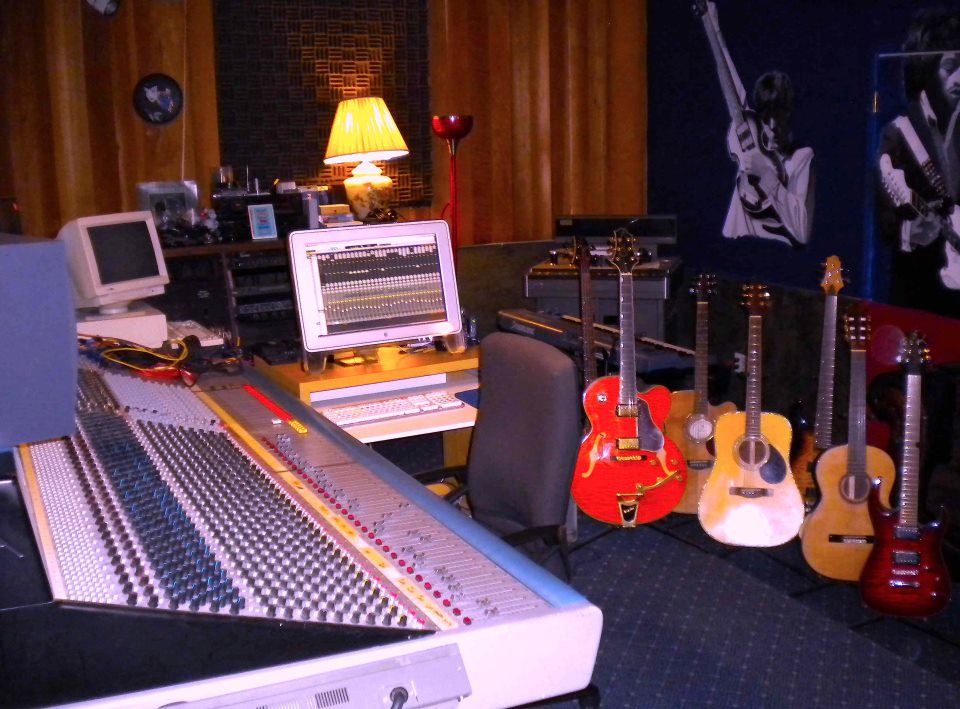 You will also want high quality compressors - one for each channel. If your desk has good ones, that could be fine, but we have always found separates allow you to correctly set your levels, and for a large drum kit that is essential.

If you are serious about your band and music, go to a studio (prolly the one you already got a good result from) with a nice room and do your drum recordings, then do the rest at home or somewhere cheaper.

Console pre-amps are a vital part of the signal chain when it comes to recording but all-in-all they play a mere 15% in the whole process and i think i might be saying a lot here.

Lets put down the process.

half of the process is the recording so the hierarchy (at least for me) for recording good drums goes like this:

Number 4 is above mics & pres cause if you mess up the placement and you mess up phase even the best mic with the best pre-amp cant do anything for you.

all these vary depending on the engineers experience and the bands goal but these 3 at the top should be there for nearly every good engineer cause without these you simply are there to fix things rather than make them sound good!

That's a thin line for an engineer, when he has a good source needing minor adjustment to begin with , he can create miracles, but when he spends time to fix things and starts from a "patched up" the whole mix could never get to 100% (cause the whole mix will be based on these initial sounds!

So dont get fooled.

You asked a professional a simple question and he gave you a simple answer. For example if i had been running a studio with an X console doing recordings for like 3-4 years and then i found a better Y console and brought it down at the studio it could make my recordings better, but that doesnt mean it's all in the pre-amps , i had the place to start with, had the room , the drums etc.

I bet if the last thing he changed in the studio was the drums he'd tell you , oh it's the drums man , and you'd be here searching for drums.

Back to the process!

Now we have recorded our healthy signals, we should be able to bring the faders up and hear some good beat going on.The rest of the process follows in hierarchy of severity.

So let me explain, i put line amps in number one, cause this is the number one weapon in the engineers arsenal , turn that knob up, peak the channel find the sweetspot and it's done, move to the next channel. A good hi-end line amp (included in hi-end consoles) applies certain color (via distorting) and soft compression (via distorting also) and generally makes the sound fatter and fuller more up-front, so 1 knob , all these? easy n1.

As mentioned before , outboards play some role, passing the sound through colorfull transformers is a great tool , especially in drums mixing.

So , to sum everything up , don't expect to do something good with a console that has good pre-amps.

But that's only if you want to have a good result!

You can also do what everyone else does, buy a soundcard with 8 ins and scratch your head until you can come close to the real sound ....

2
Loneliness Lies in Twos - Looking for Feedback
0
Looking for someone experienced in sound for Live Television
0
For those of you who mix live sound:
1
Looking for Web Series With Sound Staff
3
Simple stereo mixer for multiple computers
1
What kind of mixer should I get for DJing?
3
looking for a program for mixing subliminals with music at automatic levels
1
Live Sound - Male Vocals
1
Using compressors in Live Sound (Houses of Worship)
1
How to replicate this saturated drum sound?