what are some good microphone setups for recording a single singer/guitar player with two microphones? Position, types, levels, etc. Thanks!

Your big problem is that the guitar is going to be all up in your vocal mic and vice versa. To minimize this:

OR, quit fighting to separate your sources, you will just be frustrated anyway. Record with an MS stereo setup, carefully positioned to balance guitar and vocal the way you want it. Get a good-sounding room, take your time setting up, and hit record. Done and done.

I remember watching a Dave Weiner Riff of the week about recording acoustic guitar:

He goes through mic choice and placement for different sounds.

Placing the mic near the sound hole gives thick sound with lots of mids and lows, whereas a placement near the middle of the neck gives all highs.

Ideally you would use a mic at each position and then mix the output, giving a good harmonic range.

I like recording the guitar by capturing the input from a mic like an SM-57 at the soundhole as well as the pickup, if the guitar has a good pickup. That gives you a better spectrum of sounds to choose from later when mixing. Experiment with angles until you get a balanced sound, but you'll need to position the mic so the talent doesn't brush the mic when picking and strumming. For vocals, whatever mic the singer prefers close to their mouth will be fine, hopefully one that's fairly directional.

You don't say if this is live or in the studio, but it shouldn't matter that much when recording vocals and guitar together. If this is a live-in-the-studio situation, try using a condenser mic to capture room sounds in addition to the above. (In a performance situation, a condenser mic would be overkill to capture crowd noise.)

You can make use of a microphone's polar pattern here. Of course they all have their dead spots, and depending on what's comfortable, you could probably use a few different ones to accomplish your goal. Cardioid and Figure 8 come to mind. 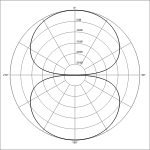 Imagine using two mics, both with a figure 8 polar pattern. If you oriented the vocal mic such that the guitar was at 90 or 270, you would get quite a bit of isolation. Likewise with the guitar mic.

Yet another possibility is to put a baffle of some kind between the vocal mic and the guitar mic. 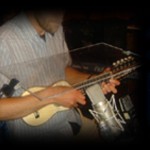 2
What are the operating temperature limits of microphones?
4
Using both dynamic and condenser microphone to record vocal?
4
Single-mic close-miked solution for acoustic guitar?
2
How to improve voice quality for podcast lessons in setup/postproduction?
2
I have this acoustic guitar pickup. What is a good software for it?
2
Do you have any suggestions on recording vocals/guitar using 2 mics?
1
How to record two people side by side?
1
Microphone for two presenters while screencasting?