Back to audio: Let's say you have an analog signal of a sine wave coming out of a preamp and into a 16bit ADC and the peak of this signal corresponds to a value of 65535. If you now swap out the ADC with a 24bit one, wouldn't the peaks of same signal now correspond to 16 million something? I understand with the extra bits that we can now represent a much quieter signal (relative to our original signal) and I guess this kind of explains the wider dynamic range thing. But, aren't we still representing the same range of input voltages?

I'm clearly missing something and would appreciate some enlightenment.

First, I'd like to take a moment to point out that that article only argues that 24bit sampling is useless for end user playback. I'm also not 100% convinced by the article personally, but that's neither here nor there.

As for the dynamic range, yes, the 24 bits expands the dynamic range in the same way that it does for a camera. For both audio and cameras the extra bits go to both expanding the absolute range and also to make more values between those absolutes. It can cover both a wider set of signal levels as well as more detail in the signal. (If you think about it, this is kind of obvious as an increase in 8 bits would be 256 times louder if the same scale was maintained and that is uselessly loud. In fact, 1 bit more would be more than we could use in that case.)

The reason that the article argues that it isn't useful is that the extra resolution is below the limit of what the ear can distinguish. This is similar to the foolishness of the DPI wars in the smartphone industry since beyond a certain point, the eye can't physically resolve the resolution that is being displayed.

So for purposes of recording, where algorithms CAN work on the extra resolution, it is worth storing in 24bit, but when it comes to final mixed down audio, the article argues it won't add much since people won't be able to tell the difference.

The only error in your question is this as far as I can tell: -

Yes, a 24bit device probably works on the same range of voltages but consider a song that is being mixed....

Maybe there are 16 channels of audio comprising the mix; each one is a different instrument and, when played together, at some point in the "mix" the peak signal is reached i.e. it's just on the verge of clipping. No problem so far I hope?

Because of this, an individual track has quite a poor resolution (12 bit) and will be a little grainy but, with a 24 bit system, each track would be able to be defined within 20 bits and therefore much better than a rendered CD (16 bits).

All Digital Audio Articles are Flawed.

There is endless online debates on virtually all aspects of digital audio, and articles as the one you have cited are common triggers.

The reason is that all these articles are flawed and incomplete. There are 3 reasons for this:

The term resolution is nearly always misused in the context of digital audio. Digital audio books use the term to describe "the amount of information" we have on something. This may apply to the resolution of frequency spectrum analysis, which can be done at lower or higher resolutions.

But if applied directly to digital audio, the word means "the amount of information we have on the signal". In that context, it is perfectly correct to say (from The Scientist and Engineer's Guide to Digital Signal Processing):

"An analog signal formed from frequencies between 0Hz and 10 kHz will have exactly the same resolution as a digital signal sampled at 20 kHz."

Perhaps surprisingly, sampling theory does not account for dynamic range - the theory states that as long as a signal is sampled at equal intervals at least twice as fast from the highest frequency present, the signal representation is perfect and complete - that is, we have all the information we need to recreate the signal.

But what about dynamic range you may ask? By the sampling theorem, digital audio has infinite sampling range. However, the practice of rounding (quantising) continuous analogue voltage to discrete digital values yields an error, and this error translates to noise, and this noise determines the signal to noise ratio of the system, which most people consider the dynamic range of the system (which is not perfectly correct as depending on the frequency content we can hear sounds below the noise floor; it depends whether you define dynamic range as physical or perceptual phenomenon).

Now could you say that a digital audio with a higher bit depth has more resolution? It is certainly tempting, but here is the catch:

In fact, nearly all modern ADCs are built with 1-bit Delta Sigma converters in them. Whether you choose 16 or 24 bits, and whether you choose 44.1 or 192kHz, the converters first sample with 1 bit at high sample rates, only then convert it to your choice of format.

So what is resolution really? Nika Aldrich brilliantly explains it in his book Digital Audio Explain for The Audio Engineer:

Digital Audio is not Digital Photography

I would have assumed this to work in a similar way as digital images.

The analogy between the two is intuitive, in fact it would be weird if people didn't make it. But digital audio and photography are not the same, not in the core at least. In fact, the analogy to camera sensors is a prime reason to why people fail to grasp digital audio.

Digital sensors involve 1 sample (of varying intervals) of a matrix of pixels - otherwise, one sample with many measurements. Digital audio involves many samples of equal intervals over time, each made of a single measurement. The process is not the same. 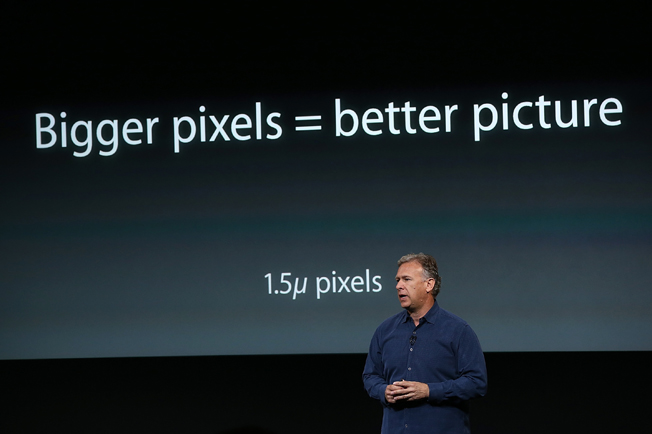 Digital audio does not conform to the same principles. More bits to describe a sample simply mean less rounding, so less noise. But this is not the same as the noise we talk about with photography.

You are correct making the comparison between colour depth (8 or 16 bit per channel), to bit depth in audio. But neither noise or resolution is part of this.

To begin with, all ADCs are calibrated to a specific window of input voltage. For simplicity, lets consider the range to be -1V to +1V. Regardless of the sampling bit depth (24 bit, 16 bit, or 1 bit - which is what is actually used internally) the voltage measurements are always taken for the same voltage range.

Now if you pick arbitrary input values and round them to the nearest step, you'll see the error will never be higher than 0.5V. For instance, an input of +1V will be rounded to +0.5V. This rounding generates noise, and the noise highest peak can be at +0.5V (the maximum rounding error).

This time the maximum rounding error is 0.25V, so the quantisation noise highest peak will be at 0.25V - half of that with 1 bit conversion.

So every time you add a bit, the quantisation noise level halves.

As previously explained, we consider the signal to noise ratio as the dynamic range of the system.

The sample rate has nothing to do with the bit depth. It's true, you allow for more precise measurements with a higher bit depth. If your synthesizer is outputting 16-bit digital audio, then a 24-bit processor will essentially leave it at 16-bit, but if you do any processing to the audio itself in 24-bit, the end result will be more accurate at 24-bit resolution.

More bits = more bit depth, as you mentioned. It's really the accuracy, although 8-bit vs. 16-bit is a rather large difference perception-wise.

0
Options for hobbyist audio-recording?
3
Long audio recording solution
1
What quantity of hiss/muddiness should I expect give various studio setups?
3
Recording with a mixer
8
In what units is a sample's amplitude value represented, and how it relates to the real world?
0
Record actual piano from Keyboard CASIO CTK-3200 to PC
1
Best setting for digitizing vinyl
3
Recording multiple microphones tightly synchronised
0
Audio ADC vs uncpecified ADC with similar parameters
0
How does sound pressure gets transformed into audio data when recorded on PC?