what were your best recordings of 2012?

2012 is in the books, so lets hear the best of the best you've done this year.

My personal fav is something that I can't share freely (a recording of an actual operation in an OR), but in and around that moment were some of the best quad recordings I've been able to capture to date - quiet crowd ambiences in hospital settings. So tricky to gain access and so rewarding to listen to. 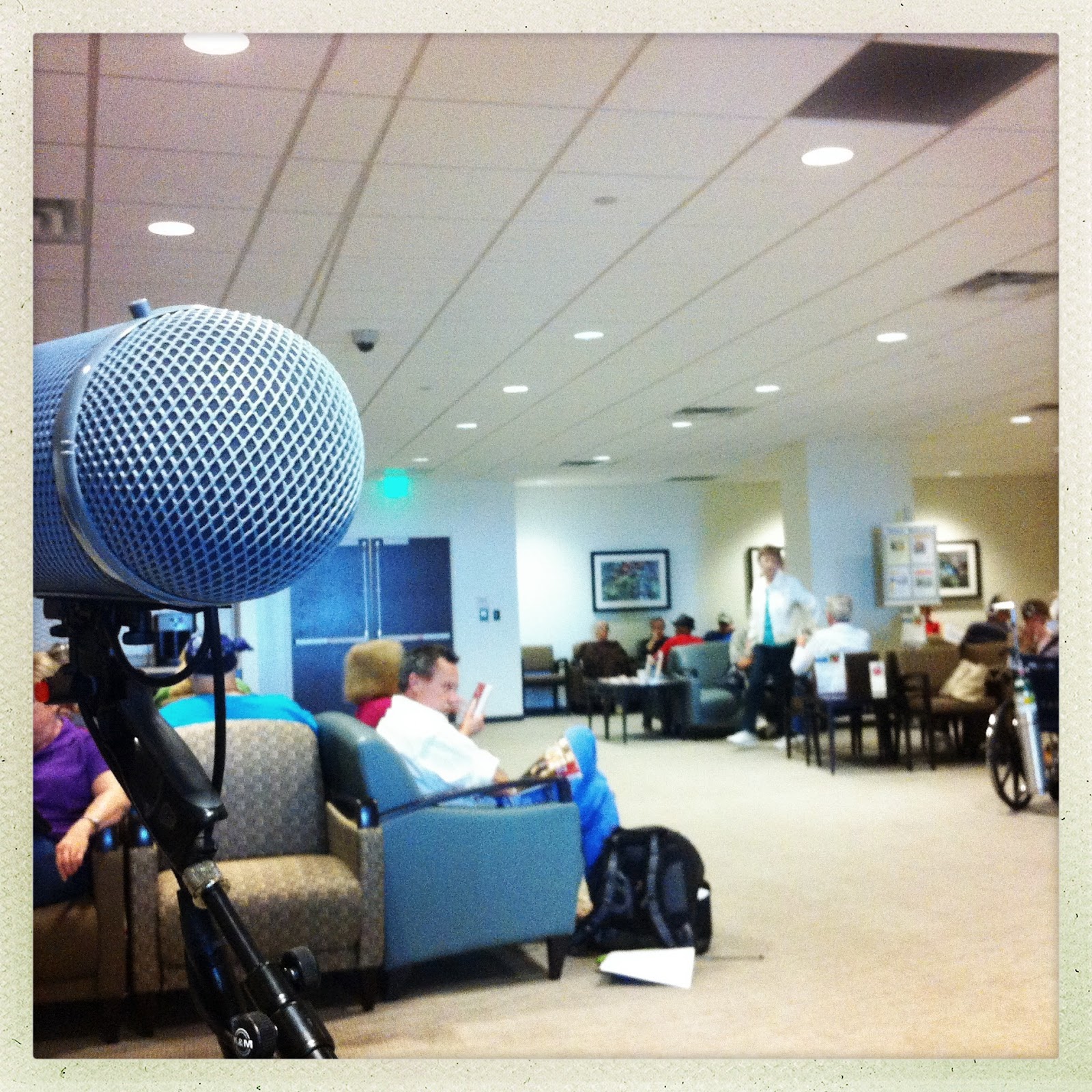 which are your fav recordings of 2012? what are the stories behind them?

We're recording a great deal of the sound for Johnathon Blow's upcoming game Witness on Angel Island in San Francisco Bay. We were out there 4 times this year, and we may need another trip. I've got thousands of ambiences and footsteps I've recorded in the last 15 years, and even though its all good...I wasn't happy with how they blended when going from one area to another or one footstep texture to another. So, I had the idea of standardizing our recording technique and finding one general location get the sounds. We've basically ended up turning Angel Island into our recording studio. Our ambiences are recorded with a spaced omni pair of Sennheiser MKH 8040s and then we make quads in post ( I prefer this method to quads in the field) and for footsteps we use the MKH 8060 spaced about a meter from the feet.

I'm not sure anyone will care about any of this other than sound nerds, so it fun to share!

I was quite busy doing production sound recording at film school but a couple of directors wanted me to record SFX's for their films and one of them were Gun's which were a first for me, I only had 1 NTG-2 w/ MixPre-D and my H4n. Their not great but it was a fun experience.

Also when helping to build a set for a sitcom style project I found a Nagra 4.2 laying around in the school's storage room. I asked if I could take it home and had a go with loading in tape and listening to the old recordings and was amazed by it's sound quality. Before I brought back to school I recorded some recording examples and the sound of it running as well.

I really enjoyed recording freight trains in 2012. I hopped a fence near home and tried recordings from a mixture of H4n, D50, and 191 over a period of a few months.

They have a lot of dynamic and power. Cool mix of heavy, deep engines, squealing rails, and shrieking passes. Also fun learning about their differences, ages, etc.

This was a spaceship-like slow pass:

I like this one because of the squeaky autoracks as the train crawls by. https://soundcloud.com/airbornesound/freight-train-autorack-cars

Would you believe that I haven't gone through all of them yet?! I don't think I've even gone through half of them...which is ridiculous!

If I were to just go by "memory of the moment" right now, I'd have to say all of the fabric recordings I made (of which I've mastered about two-thirds of so far). It wasn't meant to be an end-all be all library...and it's not, by any stretch of the imagination...but they've been incredibly handy on several projects so far to cover little moments where a touch of foley was needed to fill holes.

Now, I just have to finish mastering the rest of the raw audio so I can move on to some of the other recordings I haven't touched yet.

Can't remember if this was early 2012 or late 2011, but I had the opportunity to record some motorcycles up on a quiet mountain setting here in British Columbia. I won't share those recordings now as they're not mine alone, but I will gladly share one of my other favourite recordings - while I was still in school I had access to a foley room so some of my classmates and I loaded up a suitcase with fruits and veggies to get some blood and guts sound effects.

This is a recording I made of a friend's oven fan that had been the victim of a ridiculous cooking accident. She was making beans in a pressure cooker and removed the lid before it had depressurized. The lid blew off and sprayed bean all over her and all over her kitchen. The one thing she couldn't ever get clean was her fan, which I noticed right away as a unique and interesting source of sound. I've already used it a couple of times.

A bit late but here's my favourite field recording of 2012. (Well actually I have a lot of favourites recorded during my China trip, spread over different categories, but this one has something extra to it. I had been recording on the City wall of Xian (China). After recording lots of nice traffic and announcements, I walked to a magic spot. All the sounds from the square bounced around me. This is stereo mixdown of a 4 track recording with DPA 4060's and MKH50/30. I only did some panning (dpa left/mkh right) and some hipass on dpa's.

Hope you enjoy it!

For me it was something I stumbled upon at my family's mountain cabin. The toilet pump was going bad and needed to be replaced, but after a flush and the tank would refill, if the buoyancy and position was JUST right it would create the most god-awfully ear-bending (more like ":makes your ears fold back on themselves and implode), harmonically-pure ring. I've designed my share of tinnitus/hi-freq ringing moments - the sound of this thing has nothing on them). The position and bouyancy had to be so precise that I set up the 702 and spend a good 15 minutes gentle moving its position millimeters and centimeters and carefully applying pressure until I could find the sweet spot and hold it for a few moments.

Managed to finally get a good 15 sec steady which can be looped relatively easily, and it's now one of my go-to's when ear-bending tinnitus is needed.

Captured in 96k, in hindsight I wish I was recording it 192 with something like an 8020 or 8040. Would have been epic. What impressed me the most was that it slammed up against the limiters hard but they took it like a champ, no audible distortion or artifacts.

Seriously though, it hurts after just one or two listens!

Not the answer you're looking for? Browse other questions tagged favorite field-recording or ask your own question.

2
What is your favorite EQ?
4
What are some of your favorite voice effects?
0
Best Horror Film Visual+Sound Combination?
2
Binaural Recordings
3
Wood workshop recordings.
1
Recordings of New Year celebrations!
1
Your favorite sound effect in film.
1
How do you get rid of the birds in your recordings?
2
Best recordings of 2013
1
Editing field recordings