Recording in an underground parking lot

There is a shoot happening in an underground packing lot with a low cement ceiling and a cement floor as well as a low end hum that will be constant in the background. The genre is a crime drama where there is a lot of yelling and screaming. My fear as I have encountered this before is distortion and muddiness of the dialogue due to the acoustic environment.

I have recommended a pad of about -15 to -20dB with a hyper-cardiod mic to record the close and medium shots with radio mics for the wide shots.

What other recommendations might you have in relation to such a location? 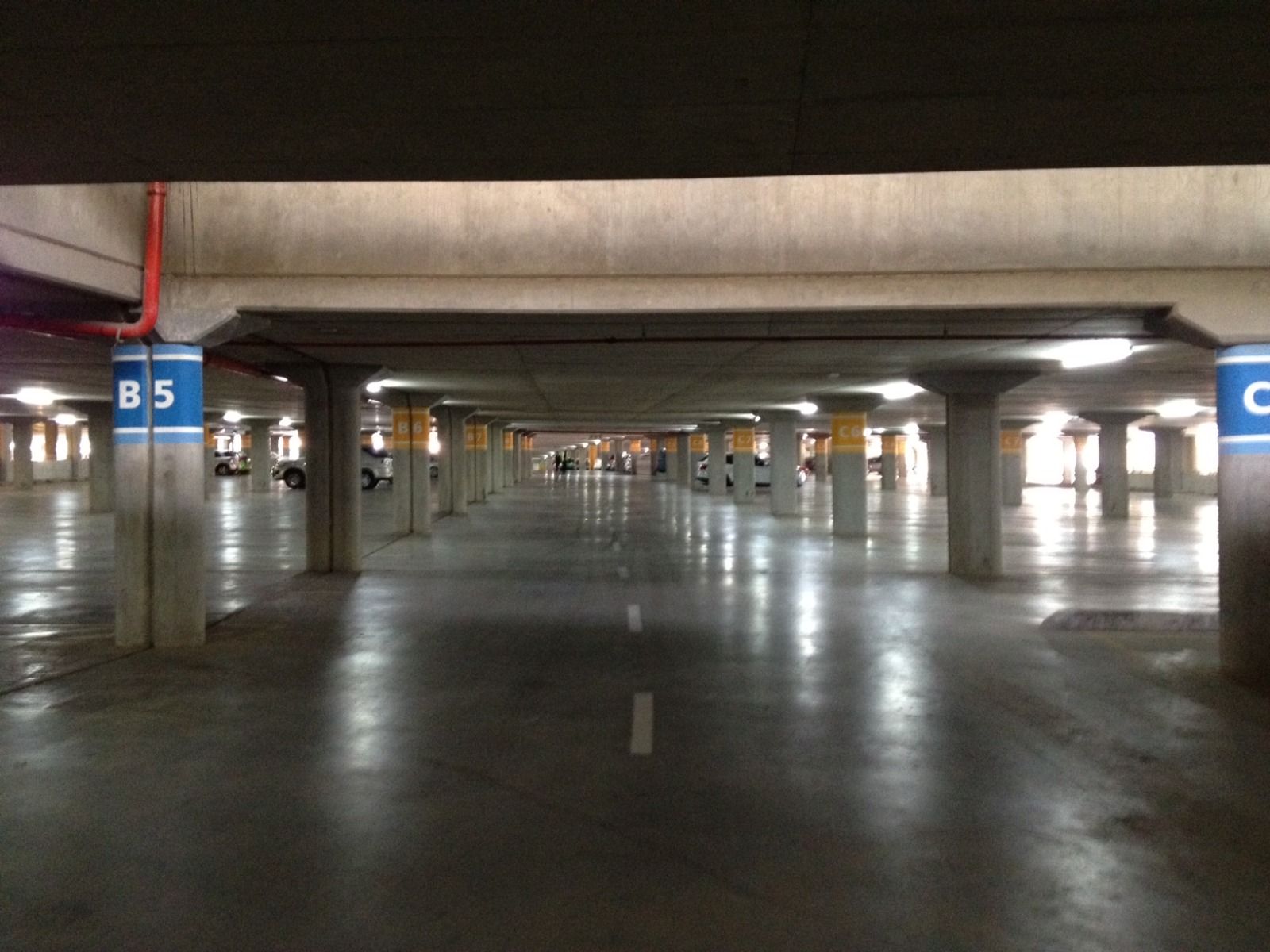 I would ask for a few takes of wild tracks of wide shots and grab an impulse response recording of the location incase you need to get the actors in for ADR.

Other than that good luck! :)

I really swear by them. You can get usable audio in a place like that, just not necessarily out of the camera frame. Radio mics are obviously an option, but the decay of the reverb in a lav mic never sounds as good as in the boom (in my opinion at least). Take a moment and chat with the script supervisor and/or whoever on set is paying attention to script (hopefully someone) and let them know that you will be counting on consistent line readings because your wide shot takes will not be useable. This will not only help your filmed takes but will also hopefully keep your wild lines more consistent in terms of performance.

Also, capture the space in detail. Go around before or after shooting (or both) and record the natural sound sources. If there are noticeable sounds coming from the fans, buzzing lights, etc. then grab a nice, minute-long close recording of each. If you have to live with leakage from the background into your dialog — which, of course, you will — then having controlled, layered recordings of the atmosphere will help it blend and at least make the backgrounds sound purposeful. At the very least, the post guys/gals will appreciate it.

For the scenes where loud sounds happen, you might even set up a stereo pair out in the lot to catch the natural decay. I usually carry my pcmd50 stereo recorder to have on hand in case I want to quickly set up a stereo capture, if time or helping hands turn out to be scarce.

I'd try to ask the crew, that they need to stay quiet when the shot is done, because otherwise they'll ruin the long reverb tail.

Possibly a job for re-recording in post-production. There's nothing clever in getting it almost right on location when you can get it absolutely right in post.

Overdub important dialogue in the studio and blend the 2 signals in the final mix.

Not the answer you're looking for? Browse other questions tagged recording or ask your own question.