This isn't exactly a question but I thought it was cool information to know about Schoeps mics:

Anyway, the Schoeps staff member there said it was specifically made for the World Cup games so the TV broadcasters could hear the ball being kicked. That's the only reason they made it in the first place. They ordered 50 of them. Then, they decided to release it on the market.

The soccer sound guys were trying to figure out how to get a mic near the ball or around it and even inside the ball (which was my suggestion) but as we know the ball is sacred and must not be messed with. So they asked Schoeps to design a mic that was super-directional and so now we have the SuperCMIT.

I just thought that was kind of cool trivia.

I art directed a shoot where we used a Schoeps CMIT (not the super) for all the dialog, inside. It bucked the "don't use a shotgun inside" advice and it sounded AMAZING. Can't imagine how the SuperCMIT would sound in real-world production.

I'm kinda surprised that the obvious answer - use a parabolic mic, like a Telinga - wasn't the way the World Cup people went. Anyone have a technical reason why that wouldn't be a good idea? 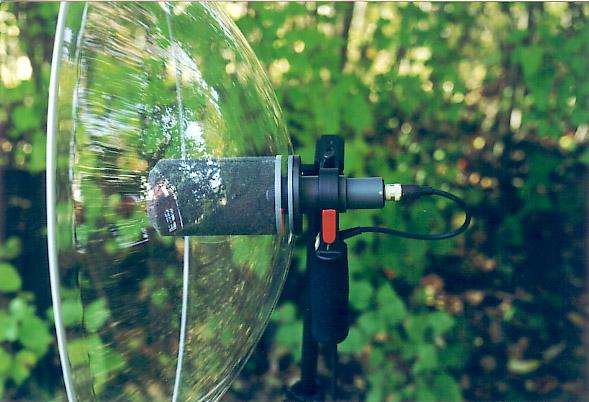 I've been trying to find the specs on the physical connection of the Schoeps SuperCMIT. As I understand from the website it's 2 standard XLR connectors with a processed signal one one cable, untouched signal on the other.

It's interesting seeing the electronics that go into new microphones. Reminds me of the Neumann TLM 103 D - fully digital, no need for preamps, A/D conversion, etc. It would be very cool to see digital field mics as well. Instead of XLR cables, we'll be running fiber, or using something wireless.

I got a chance to play with the CMIT and it is truly amazing. I recorded some dialogue for fun from different angles and distances in different locations and the reverse noise cancellation is something to behold. Also, they have an incredible reach- up to 4-5 metres away and you can still get decent dialogue. The pads and roll offs are also excellent. I would definitely buy one if I had the money. Thanks Scheops.

Not the answer you're looking for? Browse other questions tagged schoeps trivia microphone gear or ask your own question.